Andrew Kerr ‘Mist at the Pillars’ 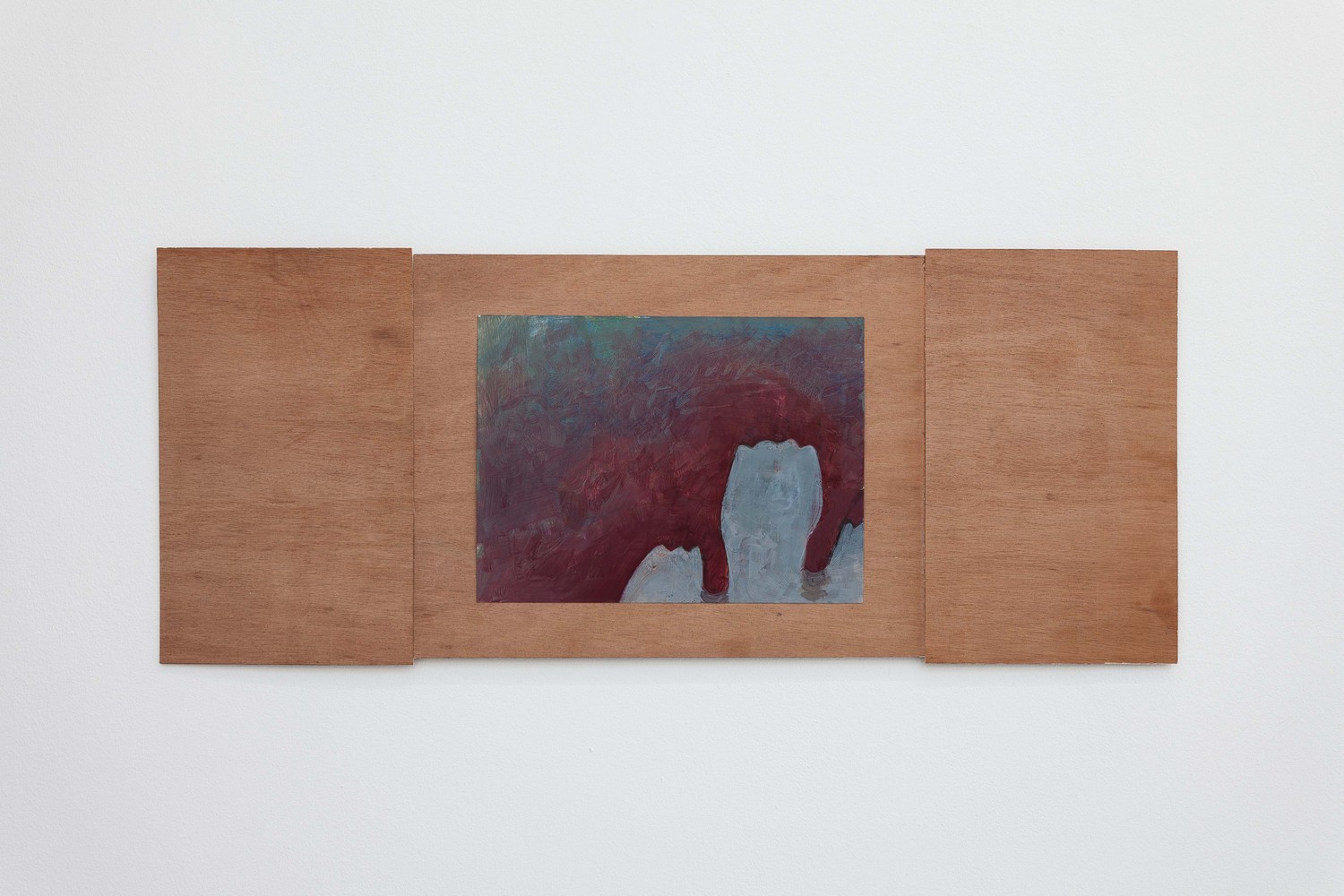 Andrew Kerr’s 6th solo exhibition with The Modern Institute is called ‘Mist at the Pillars’; and there’s been a slight change in the Glasgow-based artist’s method; it’s only the beginning, but Andrew has started to repeat paintings. It’s been a long time coming, this unlocking of hardened studio habits. In the show, then, there will be different paintings, versions, of the same subject; various repetitions arranged in small groups or pairings. Re-doing a painting has the advantage of starting again but without the search for motifs, compositions and colour schemes while layering up the acrylic – often losing the painting’s vitality in the meantime.

The little groups usually contain one painting on canvas. The paintings on paper are not intended as merely preparatory works (not intended, but it’s difficult to see them as anything else); rather, it’s hoped, they all count as complementary, equal-status trials at this early stage. Ambiguity and doubt persist. However, the reduction in paint layers and a more direct route to pictorial design has led to clearer depiction in the new paintings. Andrew has said what is shown is secondary to how it’s shown; the paint in the act of describing is the principal offering; or that’s the order in the studio at least. What is being described? There is an unavoidable hint of fantasy: atmospherics, costumes, rings and so forth; all in a somewhat dreamy tone. Quite the unconscious destination, according to Andrew. On display too, there will be the small-scale acrylic paintings on paper that exist singularly; they have a common way about them, though.

Andrew cites a wonderfully diverse list of influences: Chaim Soutine’s glorious landscapes – the splatter of trees swishing in the wind – kept Andrew company in the studio for a long stretch last year and brought in a bolder use of colour and more adventurous brushwork; C.F. Hill’s drawings are tremendous; Richard Alston’s choreography; and Andrew’s minute focus on fragments (at times to the point of abstraction) perhaps share a kinship with Prunella Clough’s* closely observed details. And certainly, one could not bypass the significance of Andrew’s peers, tutors and forebears here in Glasgow, including Tony Swain, Victoria Morton, Cathy Wilkes and Merlin James.

A comprehensive new publication of Andrew Kerr’s exhibitions and works will be published by The Modern Institute this summer.