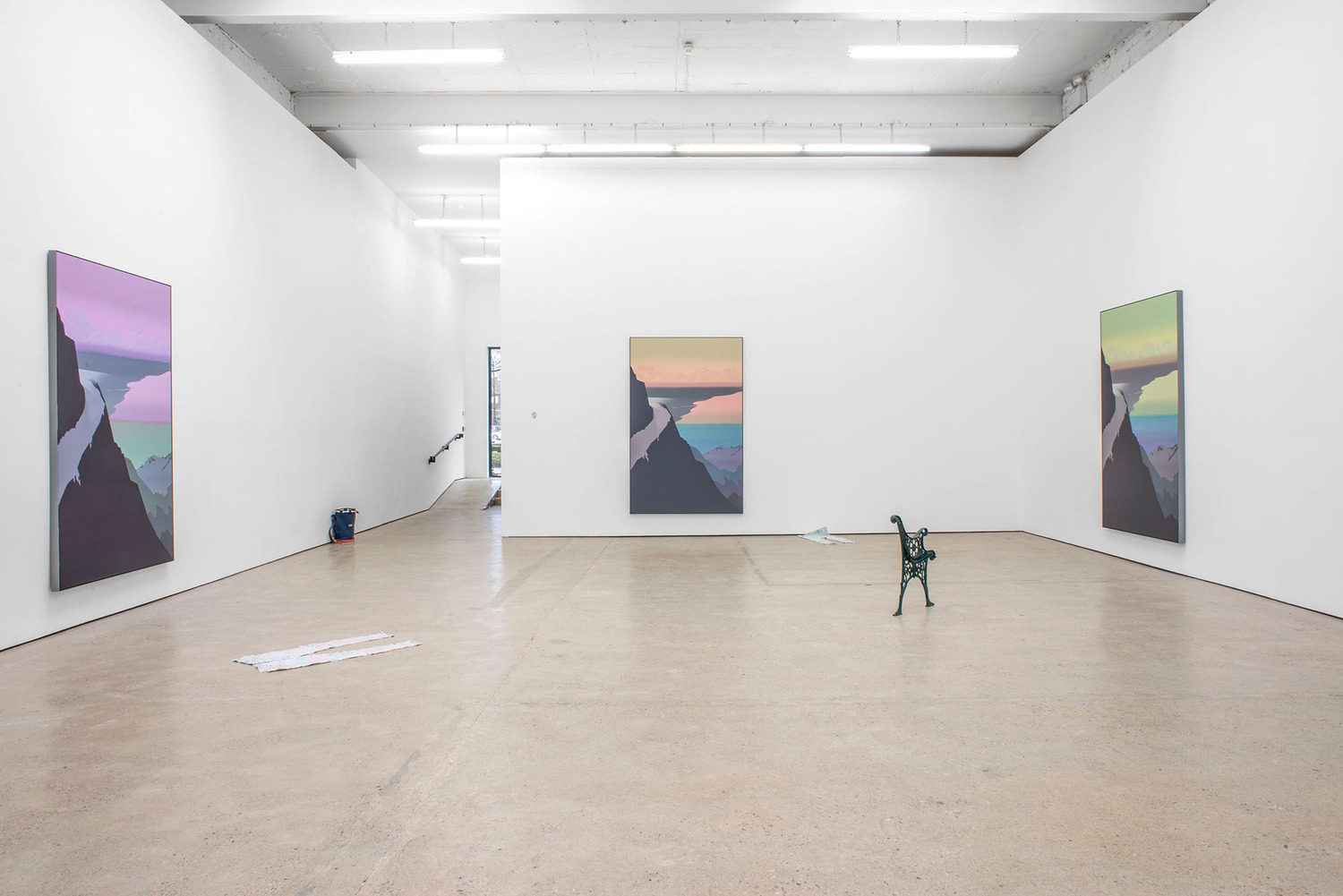 ‘Model T’ references the iconic 1908 Ford car, and the advent of mass production. ‘You can have it any colour as long as it’s black’. Co-opting this suggestion, Dordoy’s exhibition is structured around a series of six paintings depicting colour variations of a single image: a simplified landscape showing Lake Geneva and distant mountains. The image is based on a 1920’s travel poster – an advert designed to create a sense of longing in the viewer. Dordoy’s paintings repeat and retranslate this image, moving through the colour wheel, gradually accentuating this notion of desire, degrading it. Each painting’s lush palette and singularity is countered by their mechanical handling and repetition, the image disintegrates into block colour on closer viewing, the car never comes into sight; a continual deferral of satisfaction.

In addition to the paintings several floor-based works introduce the viewer as an active presence in the show. Cast iron bench ends serve to create an imaginary space, suggesting points at which to sit and absorb the landscape. Isolated, these forms are curiously human and playful. Casually discarded over the bench ends and across the floor lie paint splattered silicon moulds of the artist’s trousers. These moulded forms have a flexibility and fragility, as if they are ghosts. An implied narrative implicates these pieces, and the artist’s body, within the painted landscapes. A rucksack positioned at the entrance of the space adds to the sense of mystery – within it a fountain flows continually, the noise of running water maintains the constant of time passing.