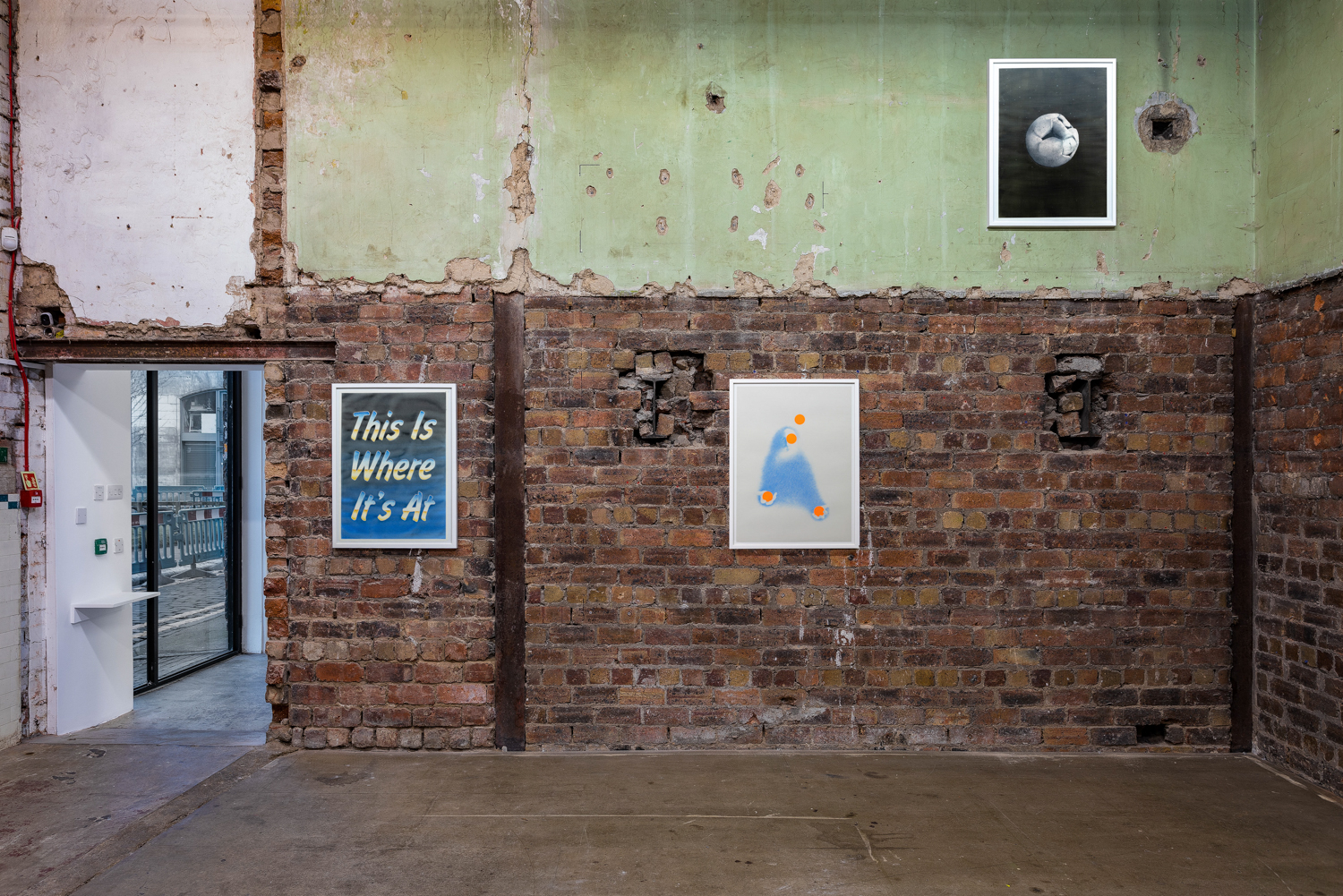 Richard Hughes’ practice primarily centres on the transformative effect of time on a place or an object via deterioration, or how it can be transubstantiated into a dissimilar situation.

At The Modern Institute’s Brick Space Richard Hughes presents works on paper for the first time. During the UK lockdowns Hughes began re-exploring the medium, making use of rudimentary materials and limited space. The initial sketches began as proposals for potential sculptures, works to be made when the limitations were lifted, but they soon evolved into works that held their own footing. Unconsciously they illustrated a collected mindset pondering something greater than the self that can be enhanced from isolation, feeling the vastness illustrated through the minutiae of the everyday.

‘The choices of subject matter hint at, but are not directly referencing lots of varied sources, and half remembered images from the past. Album sleeves, book illustration, t shirt designs etc. Memories of the poster rack in a Woolworths or a comic shop and browsing the images without knowing if they were for a band, a book, a film or tv series. They might be motivational, religious, wise cracking, or demonstrations of flawless technique. Pre internet when things could be mysterious and unknown. The pastime / youth group / culture they belonged to didn’t entirely matter to me, but the idea of producing an image that might appear in thousands of rooms across the globe has always had an appeal. I see these works as handmade posters. Recalling the mass produced, but individually drawn as unique one offs.’
Richard Hughes, 2022

Using a found or sought out image or a maquette to begin the drawings, resembles Hughes’ sculptural works, with props produced as objects to draw from. The labour-intensive nature of their production draws parallels to Hughes’ sculptural practice, but became a mediative practice, a repetitive state that verges on hypnotic where Hughes can stay focused on the surface of a piece of paper.

‘The title for the show reflects the medium but as these works found their beginnings in lockdown the title did also. So many people seemed to be getting things in order, sorting through jobs that had never been gotten round to, clearing things out and generally taking care of business. Or at least they said that they were. The title refers to this, but I also enjoy the slang use of the term, and its associations with having time on your hands and filling it in various non-productive ways.’
Richard Hughes, 2022

Hughes was selected for the 55th Carnegie International, Carnegie Museum, Pittsburgh (2008); the fourth Liverpool Biennial (2006); and the British Art Show 6 (2005). He was nominated for the Beck’s Futures Award in 2006 and was the recipient of the EAST International Award in 2003.