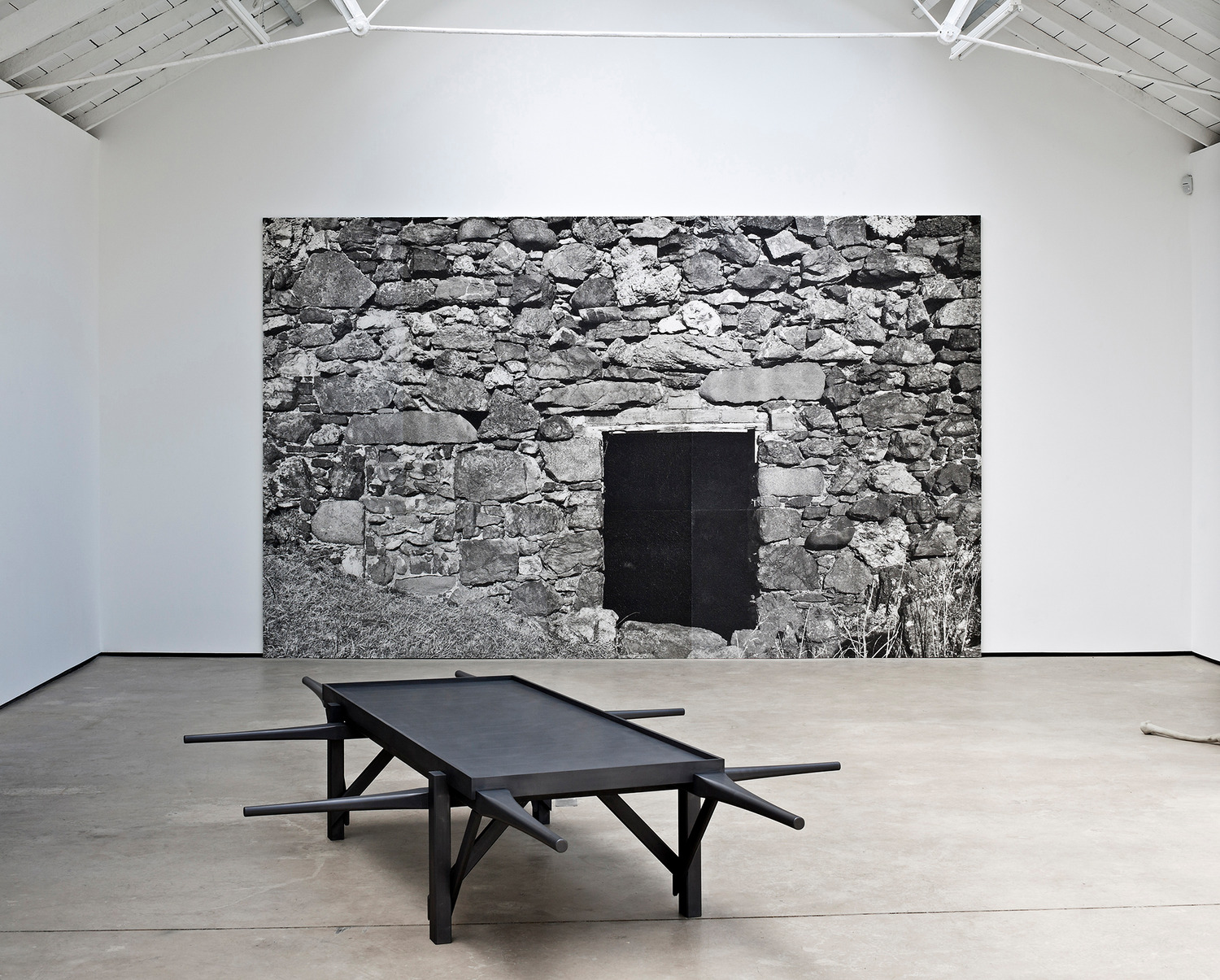 The Modern Institute are pleased to present ‘Sawney Bean’, the first major solo exhibition in the UK of New York based artist Adam McEwen.

McEwen’s first solo exhibition with The Modern Institute will present a new body of work positioned around personal and mythical histories. Through this autobiographical stance McEwen pays homage to specific objects and occurrences, amongst those he has selected from a general point of accessibility.

McEwen grew up in Ayrshire, four miles inland from the village of Ballantrae – the setting for Robert Louis Stevenson’s last novel, The Master of Ballantrae. A few miles further up the coast lies a cave said to have been the home of Sawney Bean, the Scottish cannibal who legend has it, along with his family, killed and ate more than 1000 passing travellers. The Bean clan are said to have eventually been caught and executed around the year 1600.

There are two caves at this part of the Ayrshire coast, each claimed as the lair of the Bean clan. The image of one of them, acts as one of the exhibition’s centrepieces, printed at life-size on cellulose sponge. Facing this work, and across the entrance to the gallery space, McEwen has created an actual stone wall incorporating 1970s Tennents lager cans, each depicting one of the ‘lager lovelies’.

Within the gallery space, as demarcated by these two opposing walls, the rest of the works in the exhibition accumulate. McEwen has made a graphite representation of a wooden coffin carrier, an object he found in a barn that had belonged to his family. This was designed to make it easier to carry a casket down the hill from the house to the burial plot. Rendered meticulously from machined graphite, the previous use of this object now becomes obsolete, operating on a sensorial and symbolic level as a point of unity between the works.

On the main gallery wall hang three works consisting of printed images with graphite objects mounted on the front. Showing respectively, this coffin carrier; a still from the 1980 B-horror film Cannibal Holocaust; and an interior of a sitting room.

Pulled together by cohesion in materiality and functionality or non-functionality, the works in ‘Sawney Bean’ are carefully arbitrated by historical, subjective and artistic associations.