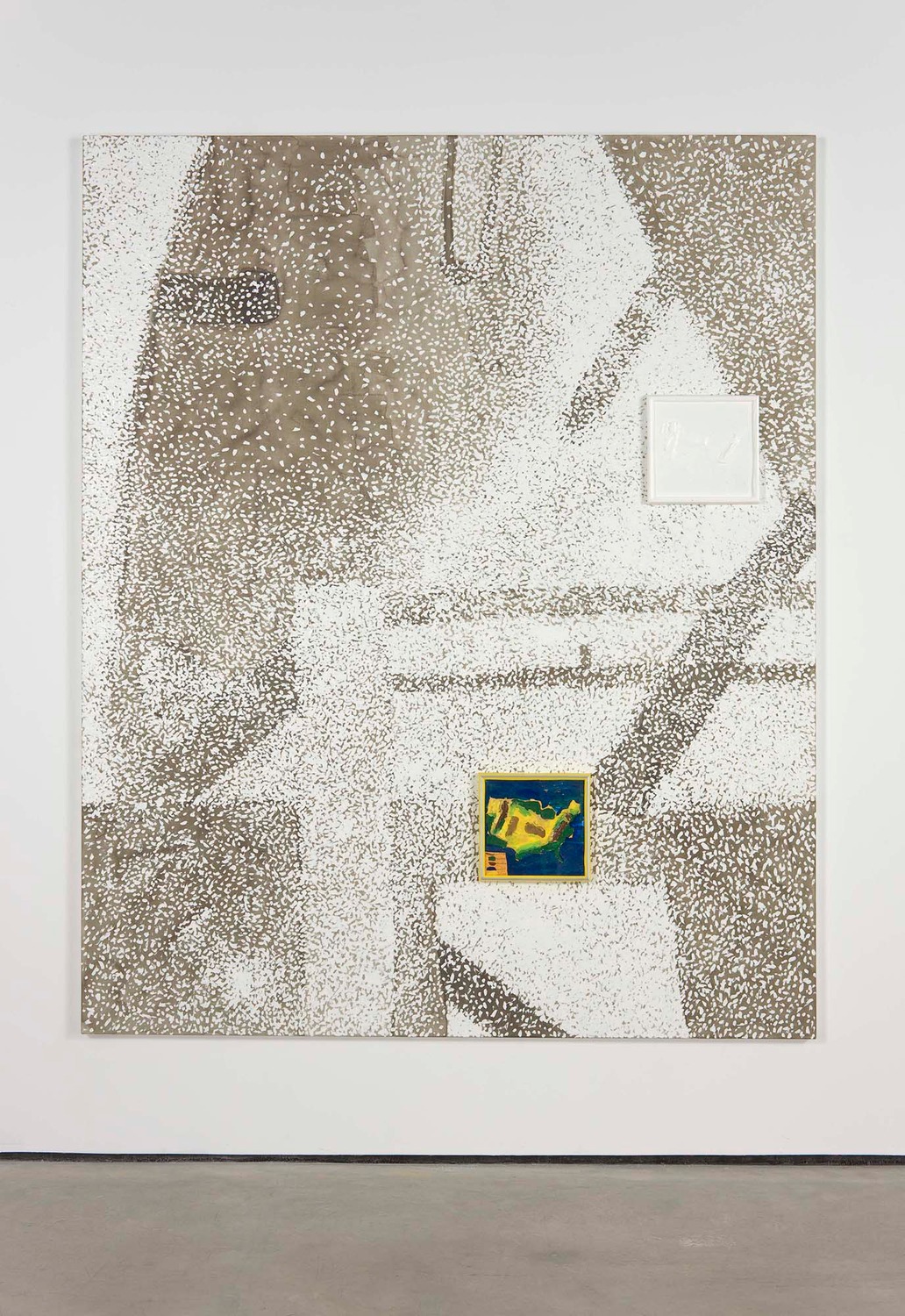 For this exhibition Timoney has structured his work with the idea of Shepard Tone, a sound that when played gives the auditory illusion of either continually ascending or descending pitch, but that actually gets no higher or lower. It is the auditory equivalent of a spinning ‘barbers pole’. Linked to this idea is the implication that growth and progress are inherently good and desirable, to the extent that perception can imply growth or progress even when there is none.

Timoney’s multifaceted work speaks of the complex role an artwork has to fulfill today. It expresses a contemporary vision on material use and production. By reflecting on the medium and the imagery of an artwork, Timoney creates layered and modern images that unhinge fixed concepts regarding art. His practice is linked by its dissimilarity and even an amount of contrariness. The works in Shepard Tone unearth an enigmatic set of references: a natural or manmade depression caused by an high velocity impact (Impact Crater); a small archipelago in the Indian Ocean, 150 miles east of the Horn of Africa which houses a US navy base (Socotra) and the UN, New York photographed on a specific day (23 September).

Other recent projects by Timoney, using a conceptual conceit to structure them include the exhibition Instead of Being Lucky which referenced the time and place of the works production which coincided with a period when Timoney was trying to try to learn, rehearse and perform the role of Lucky in Samuel Beckett’s Waiting for Godot. An earlier project included a round trip to Hollywood to buy a blank VHS cassette tape (The Hunter Became The Hunted, 1996). Consistently presenting formally diverse groups of work, Timoney avoids producing work that is recognizably typical in subject, colour pallet or presentation and it is not uncommon that a viewer might think they are viewing a group show rather than a solo exhibition.