Liz Larner ‘Space is better than time, but time is ok’ 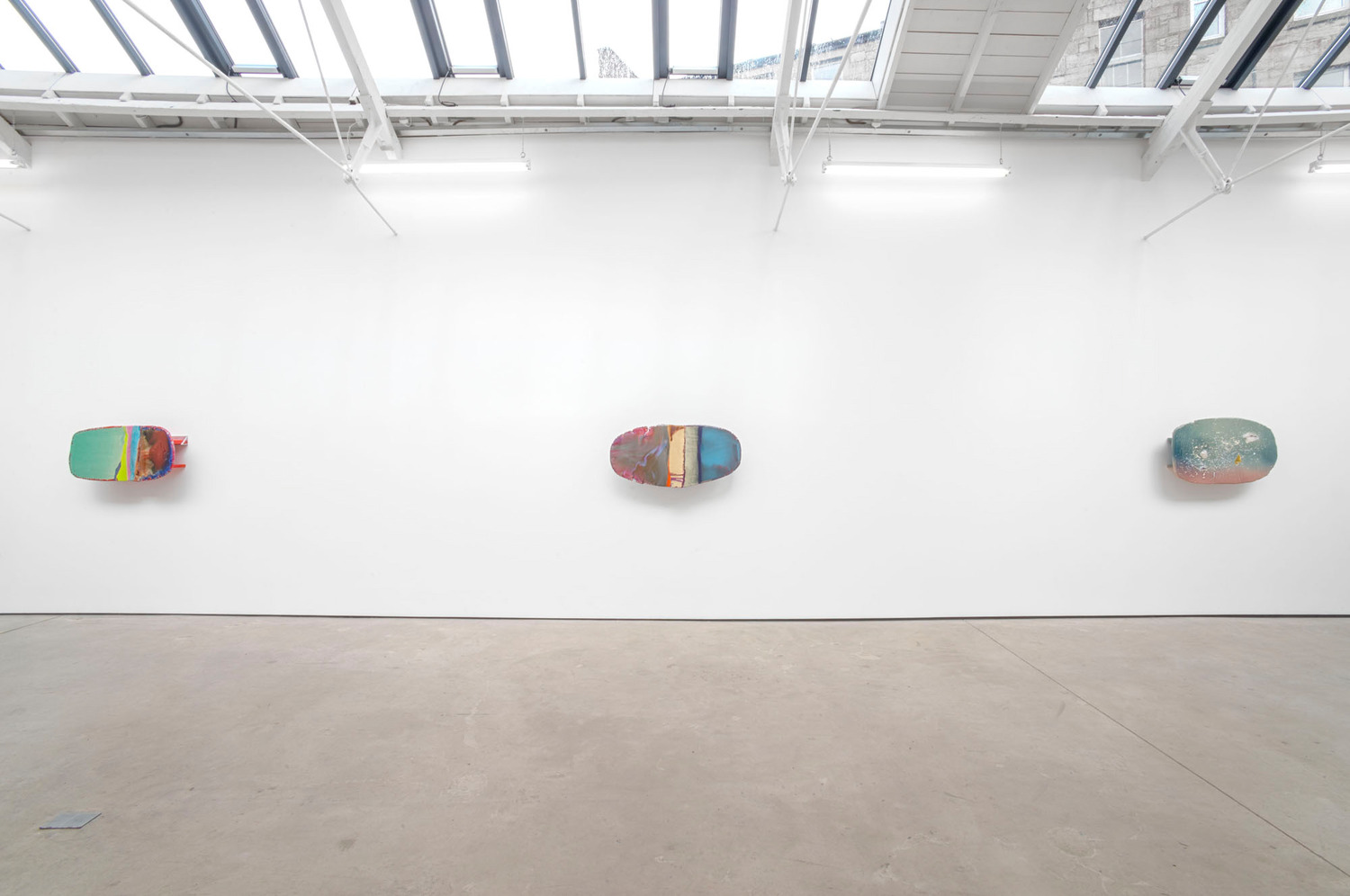 Liz Larner’s work at once explores and expands the possibilities of sculpture by combining geometric formalism with notions of movement and change. Her use of lines, colour and shape work to modify and reinvent the formal language of Minimalism, producing new relationships between viewer, sculpture and the surrounding environment. Larner’s work evokes an exquisite tension through the use of unconventional materials, the manipulation of space, the presence of unexpected colour, and the destabilisation of monumentality and volume.

With ‘Space is better than time, but time is okay’, the wall-based ceramic forms support richly chromatic surfaces and incorporate a combination of materials and pigmentation. Their surfaces are uneven – breaks and fissures, cracks and bends bisect them vertically – reminiscent of the earth’s shifting crust. The unique imperfections intrinsic to these works came from an earlier ceramic piece Larner made in 2012 called ‘Octan’, which the artist had hoped would come out of the kiln clean and even, but broke in the process. The finished piece featured cracks on the surface, and although not initially the desired effect, it was something which Larner began to explore, and it allowed her to employ a more experimental and unpredictable process.

These ceramic works both address the body and earth that the materials come from. Their titles incorporate words such as, ‘inflexion’, ‘subduction’, ‘mantle’, and ‘calefaction’, alluding to geographic fragmentation and changes in state. Through these works both the body and nature are represented, quietly accepting that time causes change.

Liz Larner (b. 1960, Sacramento, California; lives and works in Los Angeles) received her BFA from the California Institute of the Arts in 1985.

Larner has an upcoming solo presentation at the Institute of Chicago, 24 April – 24 September, 2015.