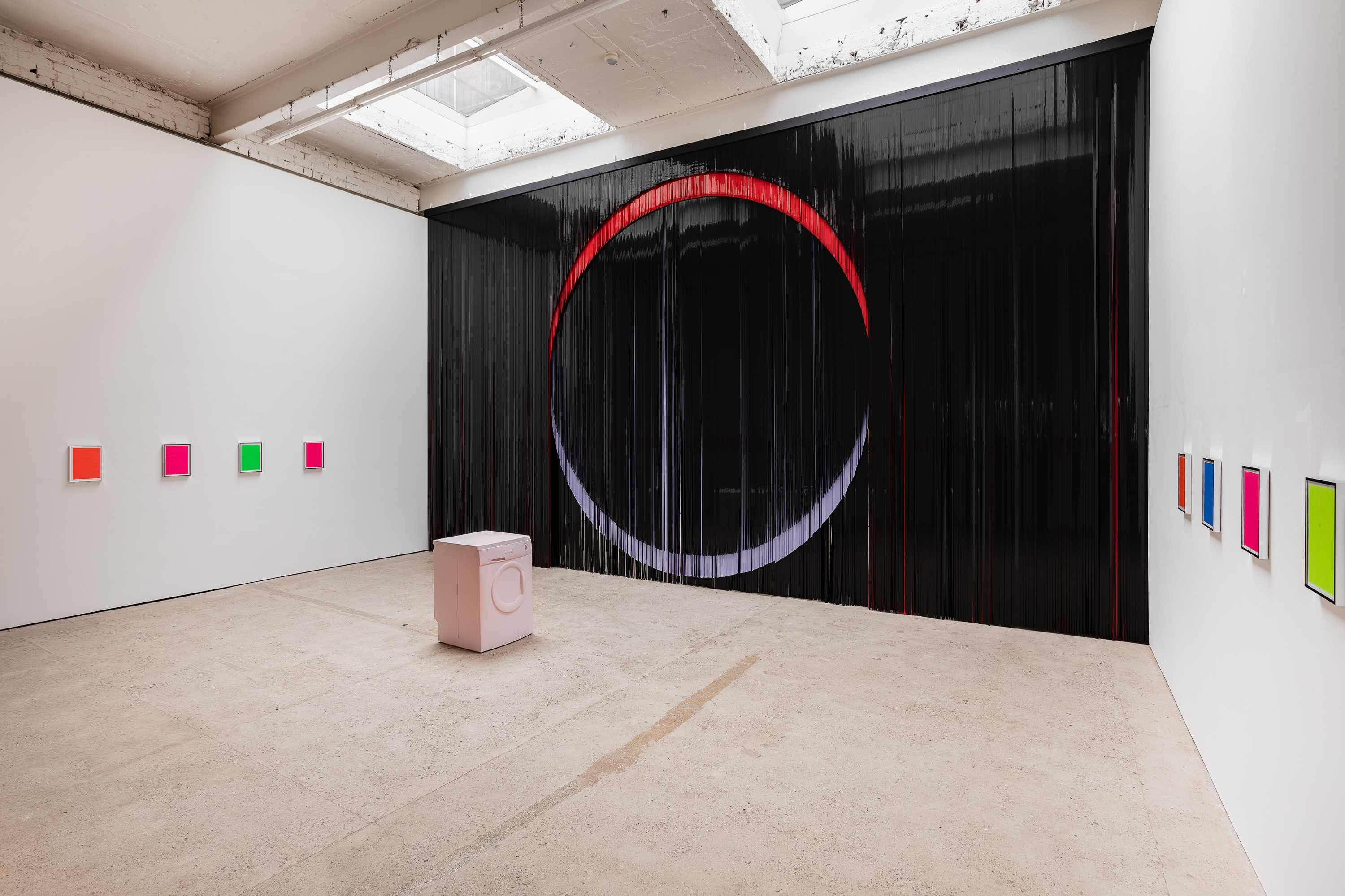 Eva Rothschild constructs a sculptural and immersive environment that allows the public to be both viewer and participant. The work ‘Lunar’ is a vinyl curtain which divides the gallery space. While referencing the traditional materiality of sculpture – including ideas of form, space, and scale – Rothschild’s work demonstrates an awareness of a contemporary relationship between society and the individual, as well as the physical presence of the body and its role in the act of making and experiencing an artwork.

Sue Tompkins investigates her interest in language and its intrinsic personal familiarities. Contorting words and sentences collated from day – day experiences, Tompkins’ language becomes undecided, a stream of consciousness, that when written or spoken that pivots between meaningful and meaningless, a deliberate balance that can be interpreted as one. The text works – typewritten on neon paper – are not chronological but instead disconnected miniature statements.

Jim Lambie’s domestic washing machines are meticulously coated in a matte finish to give the appearance of a cast reinforce the idea that they are replicas – and not ready made; giving them an air of lightness, like they could be sculpted out of foam. By stripping these objects of their intended purpose, Lambie examines the ambiguous space between the real and the fragility of uncertainty.

Michael Wilkinson’s most recent paintings are drawn from his seaside hometown of Merseyside and portray vibrant sunsets. Wilkinson overlays skies inspired by Chinese and Japanese stylised clouds to make a strong separation between the horizon and the wide vastness of the raw canvas.
Wilkinson investigates the power and hierarchy structures that regulate political and social expression, inspired by pop culture, art history and revolutionary theory.

Michael Wilkinson would like to dedicate his work in the show to Peter William Pulford 1966-2021 RIP.