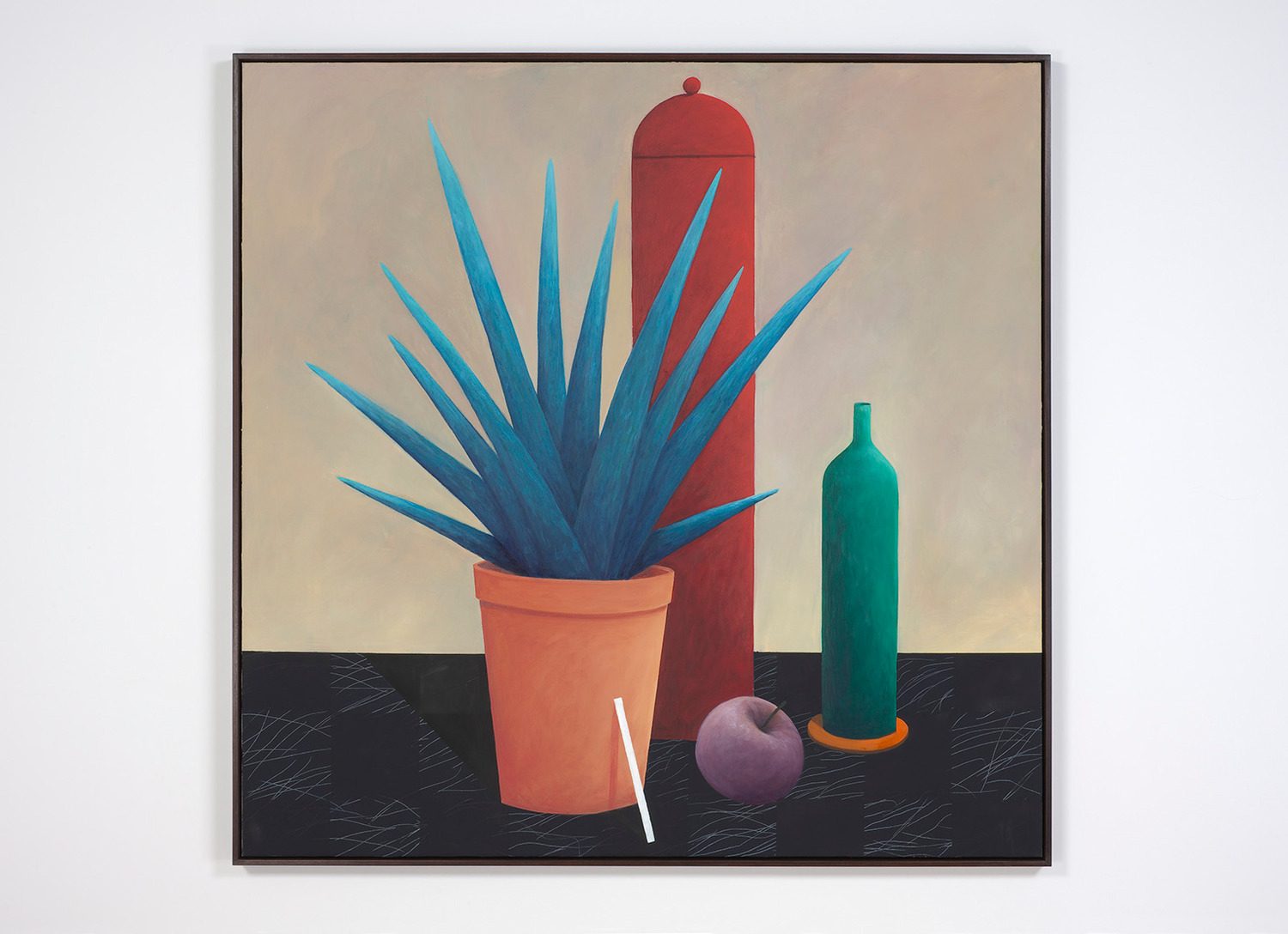 The Modern Institute are pleased to present ‘Still life oil paintings and Landscape watercolours’, the first major solo exhibition in the UK of Swiss artist Nicolas Party. The exhibition opens on the 6 April and runs until 8 May 2013. There will be a private view on Friday 5 April, 7pm – 9pm.

The essence of all of Party’s works is painting. Through applying colour to a variety of surfaces – paper, canvas, walls and objects, Party explores the inherent possibilities of paint as a medium, both creatively and conceptually. Painting still lifes and landscapes from imagination, Party incorporates a vocabulary of figurative elements – pots, food, mountains and trees. Yet, nothing about the use of such forms is generic. Party makes specific paintings.

For this ambitious exhibition at The Modern Institute, Party has created a mural, which covers the walls’ surface throughout both gallery spaces, the offices and corridors, upstairs and downstairs, as well as showing fifteen new paintings, some Party has been working on over the past two years. ‘Still life oil paintings and Landscape watercolours’ presents the form of a theatre stage; the wall mural acts as the backdrop within which the play unfolds. Each still life painting depicts a scene in this play. The surface of the canvas is the stage and each object represents a character within the story. This Tableau vivant can only be successful if all the fundamental aspects of the language of painting are put to use. This formal discourse, as dictated by the traditional remit of painting, allows Party to develop an exchange between painting’s position within art history and this theatricality of representation.

Within the main gallery space Party has made seven new still life oil paintings on canvas, each he has worked over a period of ten to twenty months. The amount of time spent working and re-working his paintings is a key element, and is central to the iconography of painting as a medium in connection to history and time. Yet, Party does not see his paintings limited to such placing. Describing painting as “a silent and motionless language”, he specifically selects the objects represented within his paintings for their inability to be connected to a specific period in design. Instead these objects are interpreted using the tropes of cubes, cylinders, cones, spheres and pyramids. Their functionality has been resolved early on in the history of objects.

Throughout the building, Party has painted a decorative spray-painted pattern repeated across all functional, communal space to create an altogether partisan environment. The wall mural simultaneously acts as a background for the rest of the works in the exhibition, and also for the gallery, as an organisation, in which to function. Its transitory nature is paramount. Panning across the walls, allows the viewer to both look on the work, while looking past it to its context, highlighting the areas of the gallery usually behind the scenes.

In the gallery space upstairs Party has presented seven new landscape watercolours, demonstrating the process of painting within his practice. These landscape watercolours are devoid of the narrative alluded to in Party’s still life’s, yet show painting within his expanded practice. Their part is as a background, from which a future scene can evolve. Like a stage set without any actors. Formally, through colour and composition these smaller experimental works act as studies for Party’s more time consuming oil paintings.