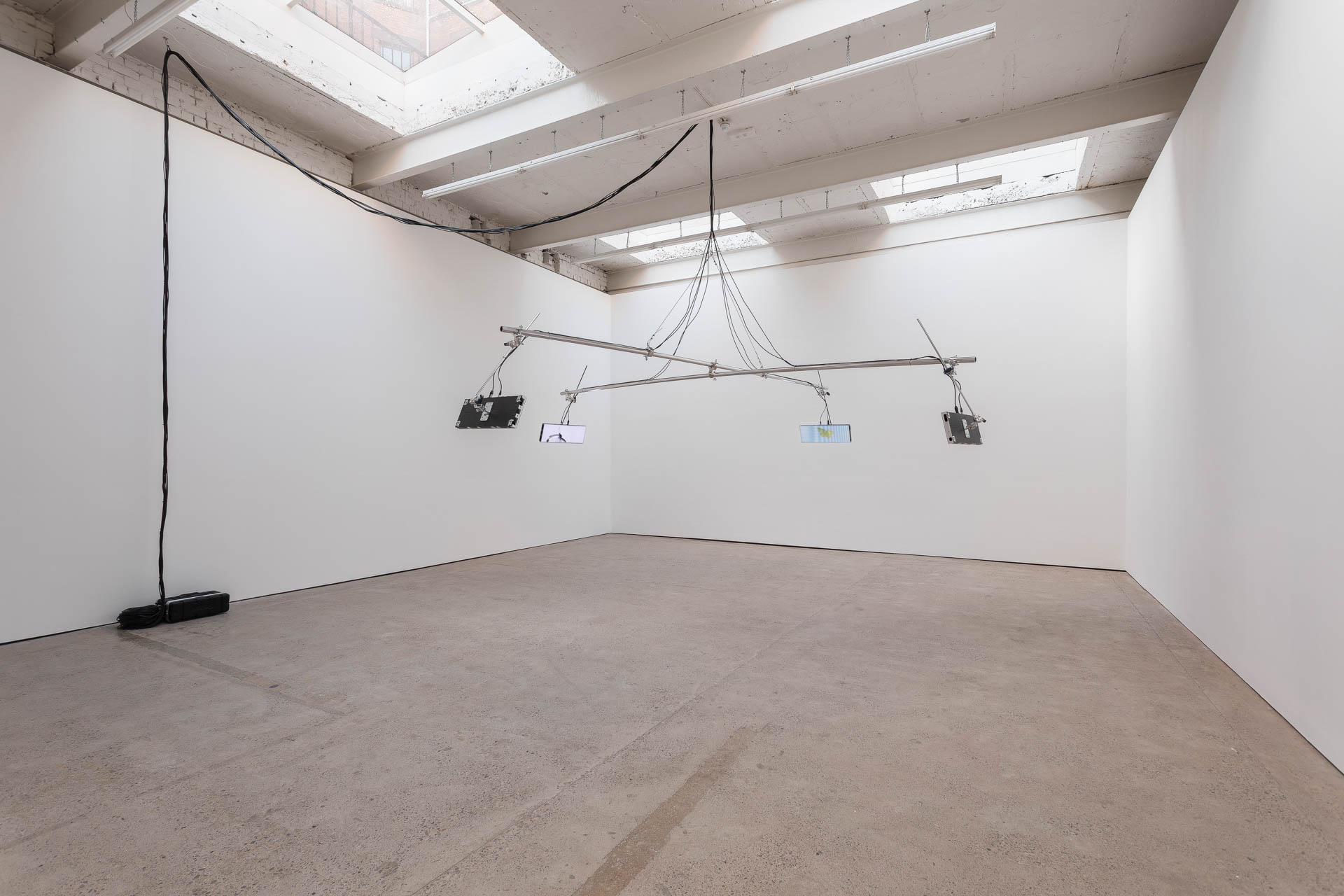 The works presented are at the same time a continuation and a beginning.
I reflect on this work as part of a circle, a cyclic reflection of the movement of a Butterfly in flight and its proposed effect towards the Nature of a System of controlled environments.
Henrik Håkansson

Henrik Håkansson’s fourth exhibition at The Modern Institute centres around the butterfly – both a recurrent motif within Håkansson’s wider practice as well as a subject of personal life-long fascination.

Since the 1990s, Henrik Håkansson has developed an international art practice which is rooted in an exploration of the natural world. Through observations, he creates sequences that function as a dialogue between environment and space, focusing on the conceptual theme of time, deterministic laws and living organisms. Recalling his earlier work, Out of The Black into the Blue – a butterfly breeding environment realised for the 1997 Venice Biennale, Håkansson continues his exploration into the symbolic value and matters of butterflies, as well as ecology and the environment – the butterfly as receptor being amongst some of the truest indicators of climate change.

The exhibition at Aird’s Lane is built around a central hanging structure that dominates the gallery space, White Flight/Yellow Flight (Gonepteryx rhamni/ Pieris napi), comprises a four-screen film installation capturing the motion of two species of butterflies in flight. Assembled with aluminium poles and steel wiring the structure of the mobile is purposely rough and exposed in form, carefully juxtaposing the precise technical engineering and delicate exactitude in the films against the balancing nature of the structure itself.

The butterflies were filmed at 8430 frames per second in Håkansson’s garden using only sunlight and the void space of a Perspex box – its dimensions based upon a series boxes created by Donald Judd in 1975. The eye of the camera and the defined space of the Perspex box setting the scenery and perimeters in which Håkansson captures the pattern of flight and the uncertain effect created by the sequential movement of the butterflies’ flight from one point to another, within a limited and undefined space in relation to time.

The cycle of this new body of work is a deeply personal reflection for Håkansson, who started observing and collecting insects at the age of four, when he collected his first moth, a Privet Hawk. For the exhibition, Håkansson has made three new works in historical reference to Josef Albers, in search of the relations and origins of colours. Prints from the ‘Homage to the Square’ series, printed in 1977 and 1968 (the latter being coincidentally the year of Håkansson’s birth) become the support for a pinned butterfly, personally collected by Håkansson in the 1980s. Making references and analysis to the system of squares and colours in the prints, acts as a Morse code of colour signals as well as the definition of space and time: there is no beginning or end, but a continuation.

Life circulates and comes in cycles measured in time over different seasons. As I process time my own references are due to memories, collected material and the present being communicated in social public environments even though operating solitaire. The time of Birth is documented, the time of Death has yet to come at a point when my time has passed.
Henrik Håkansson

In conjunction with the exhibition, ‘The Butterfly Effect’, a new artist book by Håkansson has been published. This latest artist book indexes the sequential movement of butterflies in flight, exploring the imagery captured in Håkansson’s films in printed matter.

Henrik Håkansson (b.1968 Helsingborg, Sweden) lives and works in Berlin and Falkenberg.