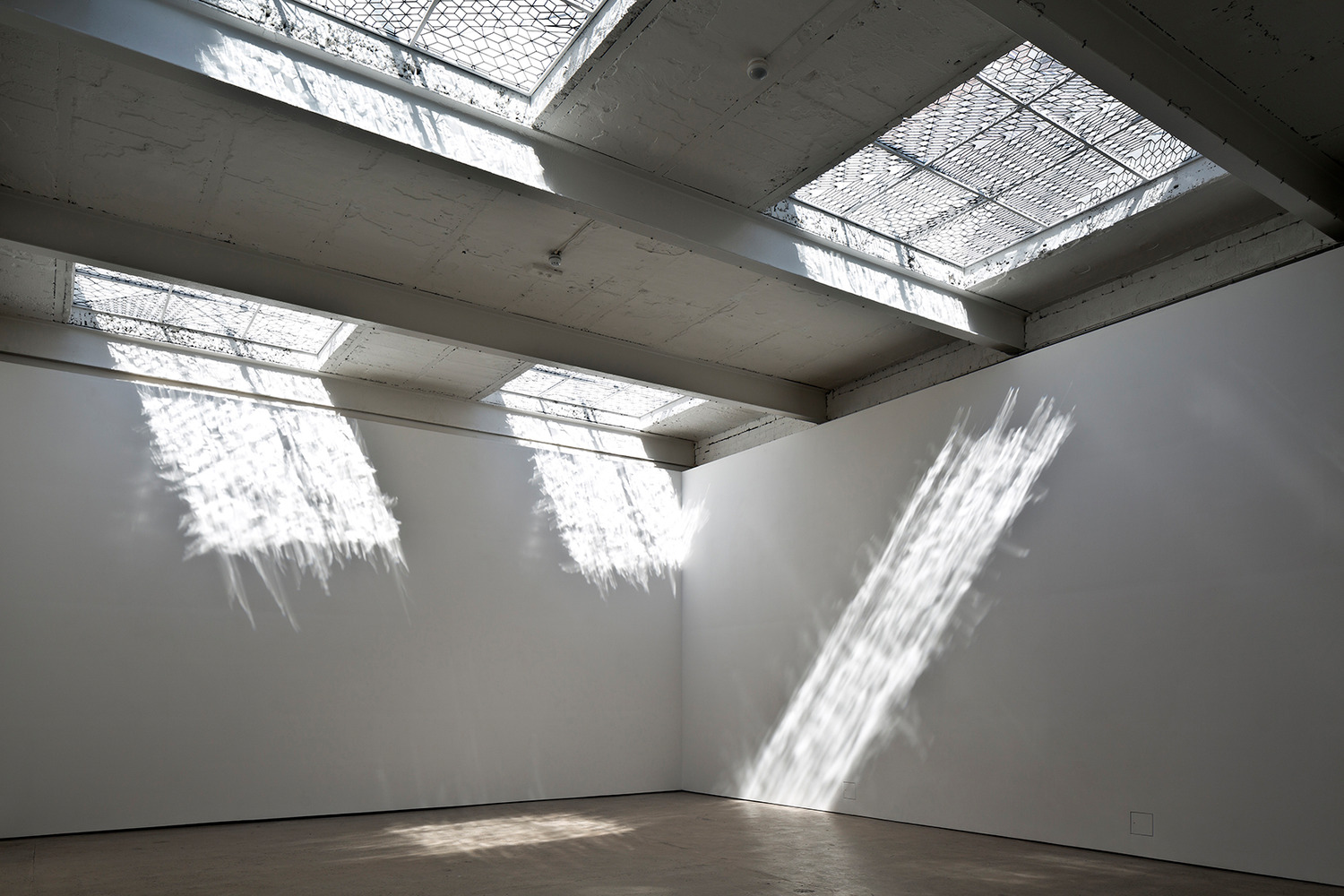 Richard Wright continues his work with York Glaziers Trust – Britain’s oldest stained glass conservation studio, who have a special connection to the medieval windows at York Minster. For this project he has made four leaded glass skylights in the ceiling at Aird’s Lane.

Utilising the four rectangular skylights, Wright’s new work incorporates handmade, blown glass and leading, following a complex design developed by the artist. In response to the horizontal structure of the skylights, Wright has adapted the technique initially employed in his recent commission for Tate Britain’s eastern windows, in the Milbank foyer.

Wright’s new work at The Modern Institute subtly responds to the architecture of the space and its primary source of light. Each of the four rectangular skylights house a steel frame comprised of nine individual panels – positioning within the structure specifically handmade glass. Cut at definite angles within an intricately designed lead-matrix to produce a three dimensional effect, the distinctively -textured glass interferes with the light to create a play on perspective through the use of light, reflection and the observer’s viewpoint. Alluding to the transient nature of Wright’s wall paintings – which are almost always removed when exhibitions come to an end, Wright’s new glass work creates a collection of unique drawings and patterns which shift across the walls and floor, governed by the natural movement of light as daytime passes.

Richard Wright and The Modern Institute would like to thank the York Glaziers Trust, DO Architecture, and Scott Associates.