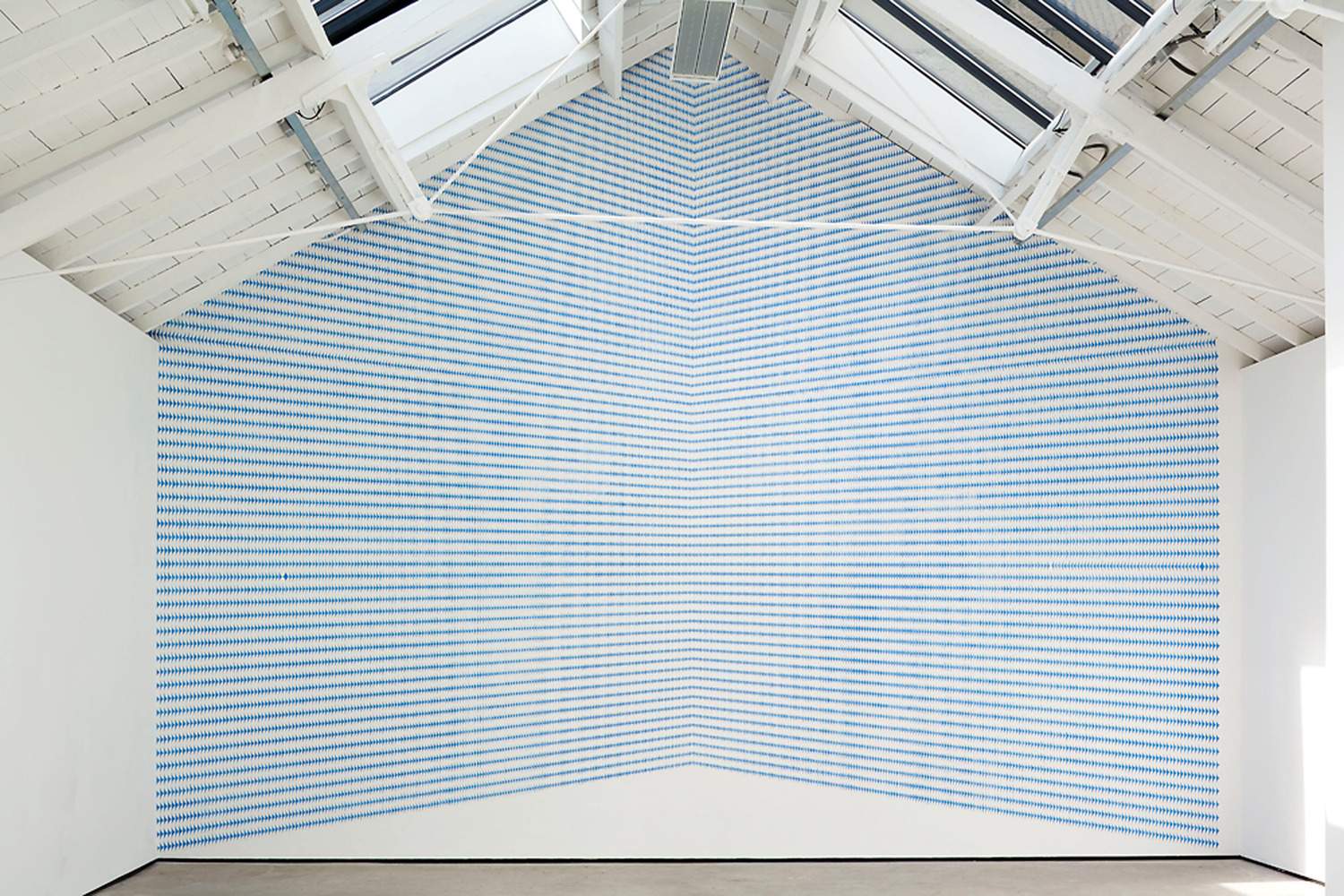 “The way Wright orders his motifs over the walls in his different projects varies greatly. Occasionally he will isolate a motif (or a pair of them) and make a focused composition. Sometimes he will work with symmetries or Rorschach-like doublings (although this is more common in his independent drawings). But, most commonly, he has recourse to the multiple repetitions of forms. The forms can be purely geometrical, such as lines, but they can also be complex, organic shapes, as he has used in The Stairwell Project.’’1

Once completed, unfolding in this architectural space is what Wright describes as the ‘event of looking.’ The paintings only become activated by the vision of the spectator and, exhibition ended, the work is painted over and the event is complete. This temporary nature is deliberate: ‘I am interested in the fragility in the moment of engagement-in heightening that moment. To see a work knowing that it will not last, he said, emphasizes that moment of its existence.’