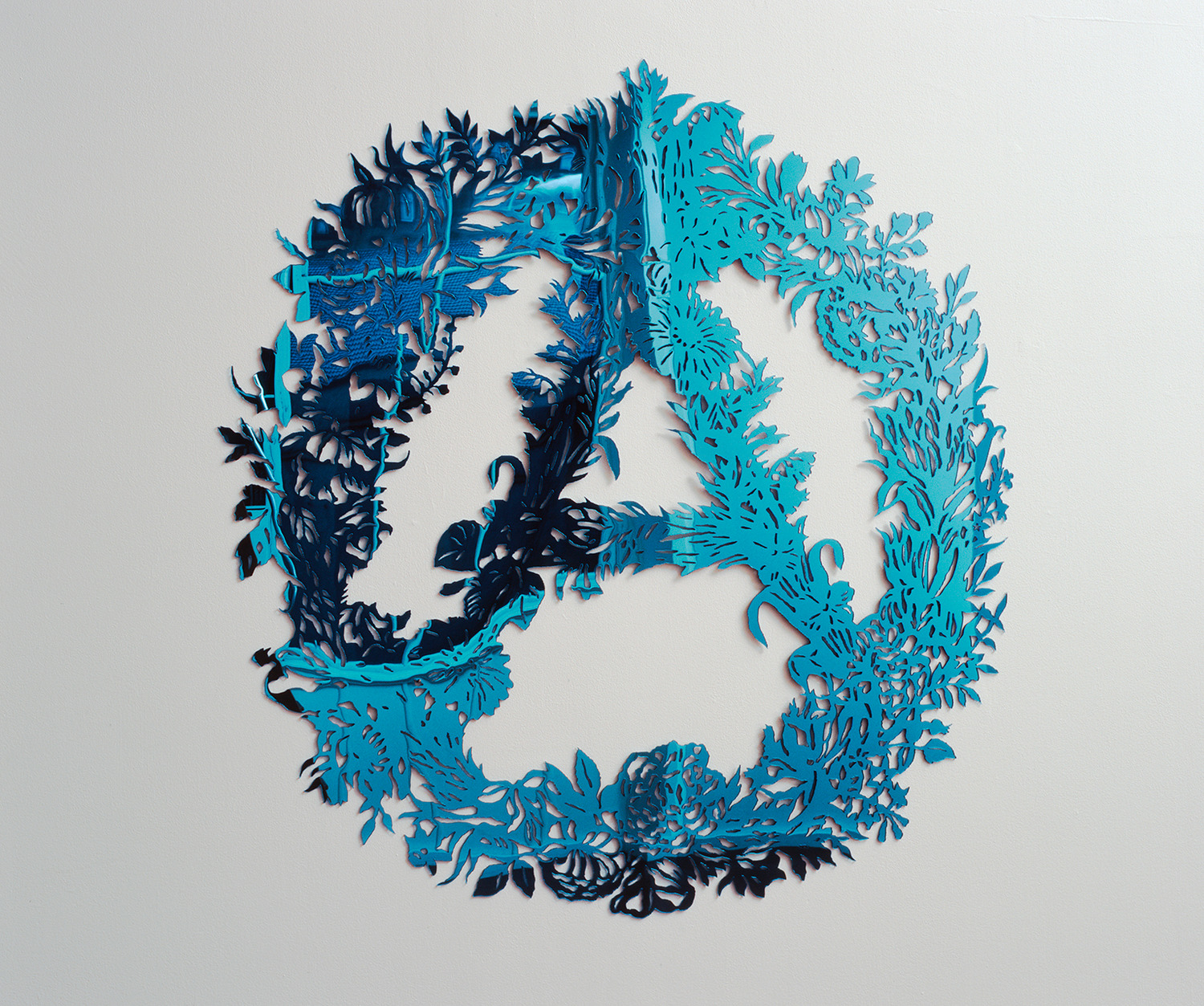 For his second solo exhibition at The Modern Institute, Periton has developed a new series of portraits. From an initial found silhouette he then sprays through cutouts and collage layers to build ambiguous and sinister new creatures that simultaneously deconstruct and defile the original figures.

Periton draws on patterns from sources as diverse as occultism, colonialism, Islam, Pop Art and politics, but the prettiness of his work belies the seriousness of his cultural references, just as his use of pattern obscures his subject matter. This new group of works uses imagery from Man ray, Arcimboldo and contemporary fashion magazines. He strips away the familiar connotations and instead concentrates, on the transformation, of something that can be perceived as both beautiful and disturbed. The work continues to retain an organic quality, the intricately cut, delicate layers of paper, and paint are held together in a dense web.