Andrew Kerr ‘the Other Shop’ 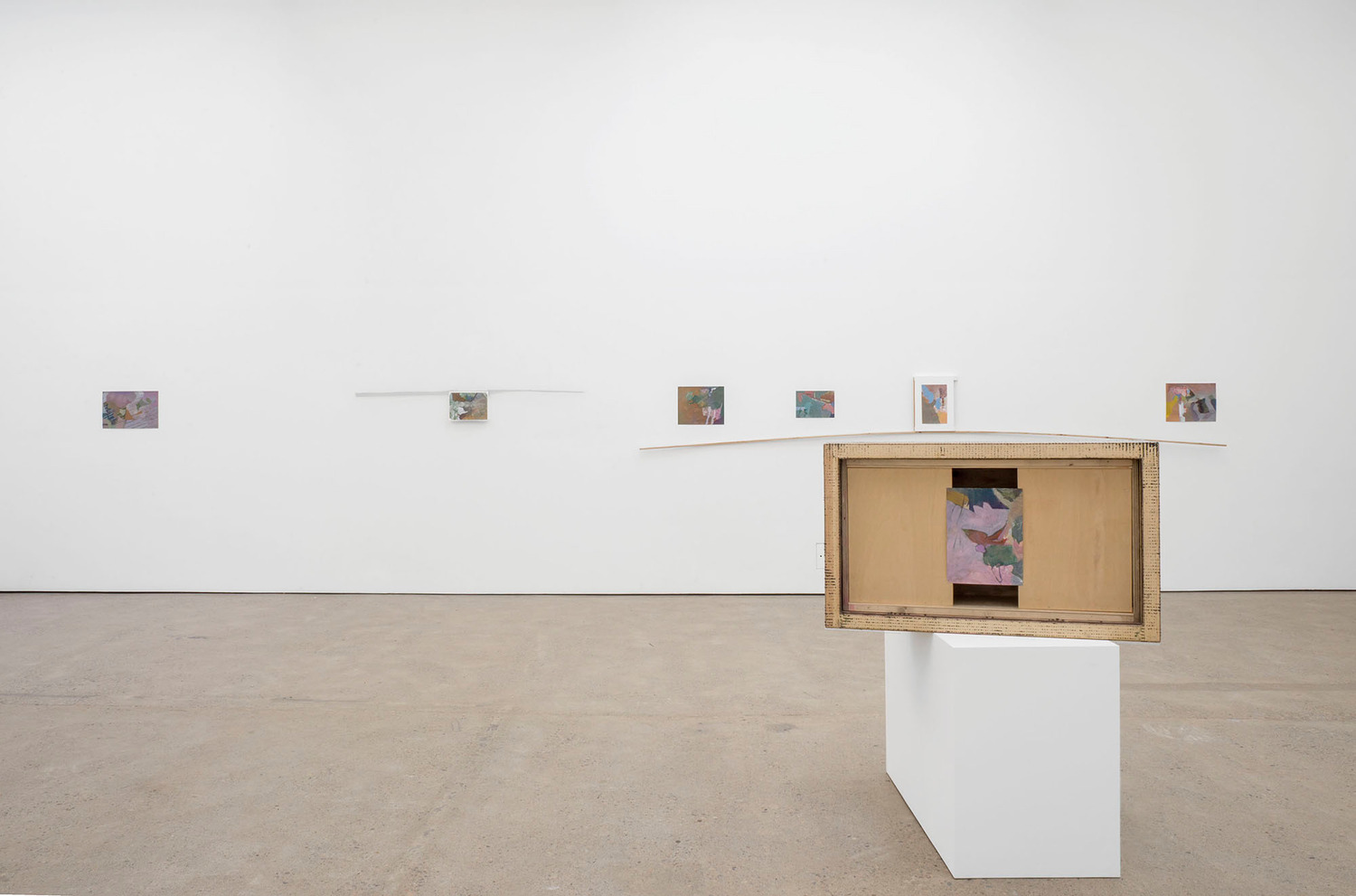 Andrew Kerr’s exhibition ‘the Other Shop’ is a chance to see where he is at with his painting.
The paintings have stayed small-scale, acrylic and on paper. They have an early 20th Century look, a mix of hesitant surrealism, decorative painting (as in the Nabis) and the abstraction of Arthur Dove. Amongst more recent influences there might be found Thomas Nozkowski, René Daniëls (thanks George Ziffo), Prunella Clough and Tony Swain.
The above being, by Andrew Kerr’s own admission, a very wishful genealogy. The paintings have always rested between abstraction and figuration. And where they now lie on that spectrum, if it is such a definite spectrum, is still in doubt. Their agitated compositions flicker at the edge of coherence.

There has been a slight change to the studio routine. Work-in-progress paintings are scattered on the floor like tree leaves. When unexpected connections happen in the pile up, the relevant paintings are removed and a blending begins. Internal pictorial structures are pursued and the principal mode of action is colour play.
Kerr will also test more or less inappropriate supports, a departure from pinning the paintings directly on to the wall.

Andrew Kerr (b. 1977, Glasgow; lives and works in Glasgow). Kerr studied at the Glasgow School of Art, graduating in 1999. During June 2014, Kerr undertook a self-directed residency at the Sweeny Bothy on the Isle of Eigg. He exhibits internationally, selected exhibitions include: ‘I Cheer a Dead Man’s Sweetheart’, De La Warr Pavilion, Bexhill (2014); In NO time, The Modern Institute, Glasgow (2014); Shane Campell Gallery, Chicago (Solo, 2014); ‘A Picture Show’, GoMA, Glasgow (2013); ‘Dellmess was Charged’, The Modern Institute, Glasgow (Solo, 2012); ‘Haul in, Cousin’, BQ, Berlin (solo, 2012); ‘So Ensconced’, Inverleith House, Edinburgh (Solo, 2011); ‘Fizz Up and Dissolve’, The Project Room, Glasgow (2010); and ‘Deliveries: feeling one, running one, accepting one, against one, preparing one, revising one and sending one’, Kunstverein Bremerhaven, (Solo, 2009).