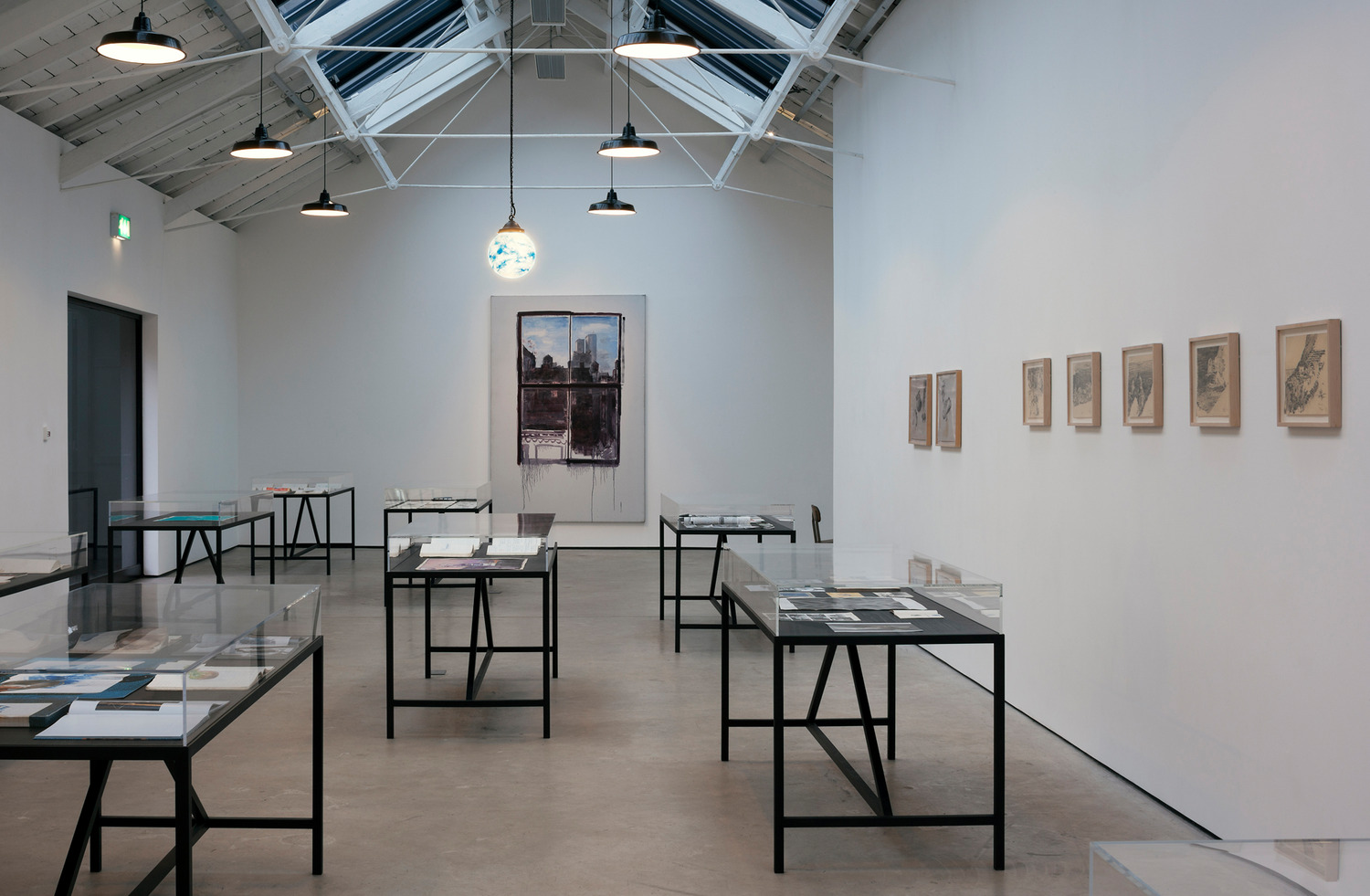 The Modern Institute will present an exhibition of works by the artist Paul Thek for Glasgow International Festival of Visual Art 2012. A selection of 35 notebooks is accompanied by artworks which give the context of time and location. The notebooks were made by Thek after the extremely successful Technological Reliquaries series he made between 1964 and 1967, and were a reaction to the creation of these rarified isolated art objects he had been making. Although later he saw the Technological Reliquaries as incredibly perfect for the time. The selection is in no way definitive but lets you into the mind and daily life of Thek through drawings writings and found images as he contemplated life and meaning. Some of the writings and works seem extremely personal while others appear to be statements. There are ideas for artworks realized and others which may have been part of a stream of consciousness.

‘Thek located his own notebooks within the context of a larger, sometimes misunderstood and overlooked body of work.’

‘At the time of his death there were close to a hundred notebooks among the artist things, mostly black and white composition books of the sort used by school children. Like most journals, they reveal deeply personal thoughts about friends, relationships and sex, as well as Thek’s private shames and insecurities and his efforts like prayers to be better in every way, most especially as an artist.’

‘As private as the notebooks are, Thek anticipated an audience, though it is often expressed as an uncertain anticipation, in a voice forlorn, like a message in a bottle.’

Thek’s works will be accompanied by photographic collaborations with Peter Hujar and collaborative works with Edwin Klein. Together they give an insight into the working processes of the artist and describe the subtlety and context of the work Thek produced.

Unlike that of his contemporaries in the 1960s who were making work regarded as minimalism, Paul Thek’s work was messy, representational and auto-biographical and involved personal insight and spirituality. A sculptor, painter, and one of the first artists to create environments or installations, Thek came to recognition showing his sculptures in New York galleries in the 1960s. The first works exhibited, Technological Reliquaries, which he began making in 1964 are sometimes referred to as ‘meat pieces’ as they were meant to resemble flesh. At the end of the sixties, Thek left for Europe, where he created extraordinary environments, incorporating elements from art, literature, theatre, and religion, often employing fragile and ephemeral substances, including wax and latex.

This presentation has been made possible by Alexander and Bonin, New York and the Watermill Center Collection. If you don’t like this book you don’t like me. is presented with the support of Glasgow International Festival of Visual Art, 2012.