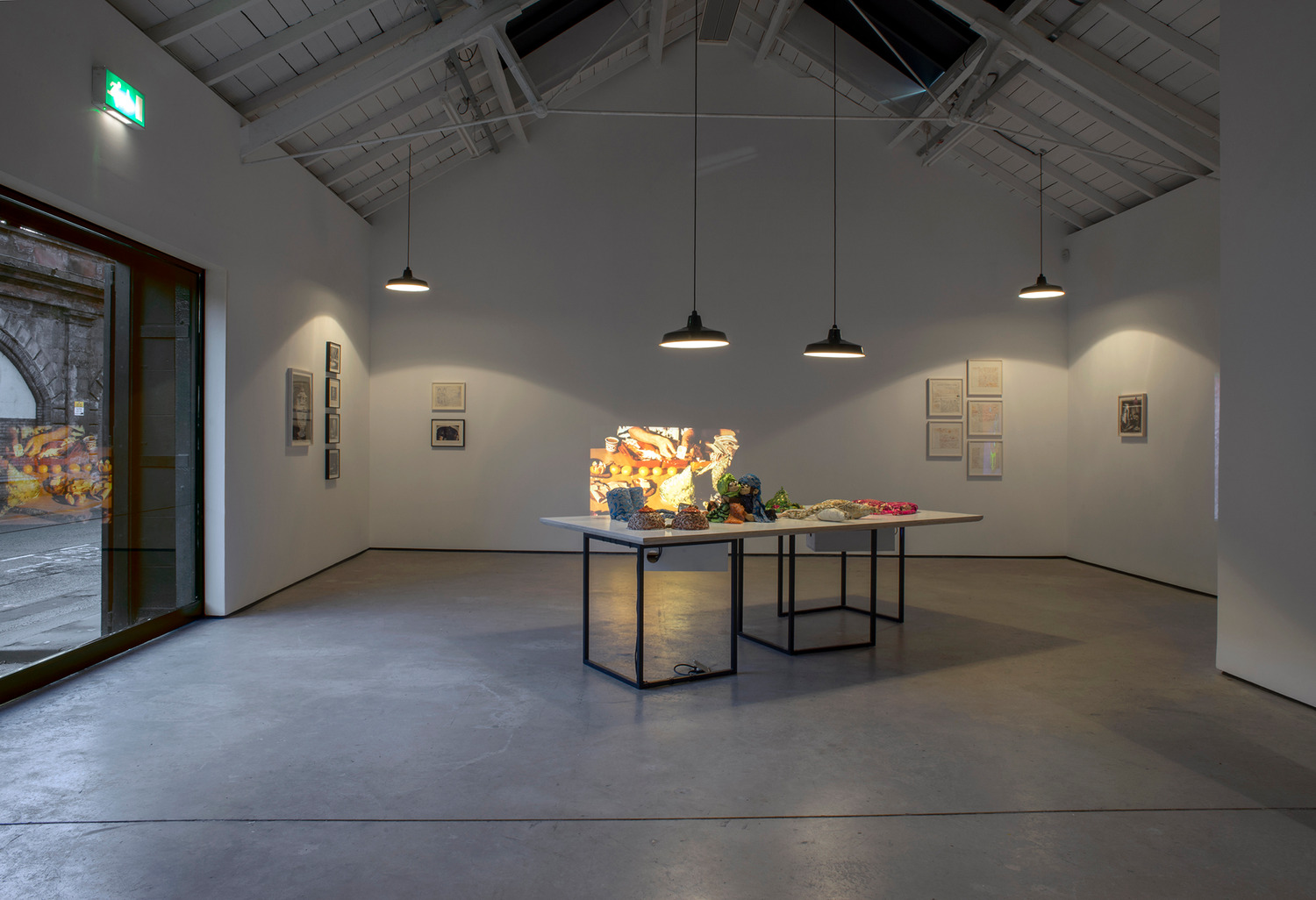 Jack Smith (1932-1989) is a central figure in the cultural history of downtown New York film, performance, and art. He began producing work in the late 1950s and became one of the most accomplished and influential artists working in the 1960s, 70s, and 80s. Inspired by 1960s subcultures of New York, underground film and experimental performance, Smith created a fantastical world fiction around his disgust with contemporary American consumer culture and a fascination with faux-Hollywood, as well as Orientalist exoticism. Through his own artistic and personal exploits, Smith developed a truly eccentric and captivating persona. Over the course of three decades, he transformed downtown New York into a theatrical environment for his ventures in film and photography.

During the late 1960’s and 1970’s, Smith led the development of an underground theatre scene, staging performances in downtown lofts, storefronts, and other non-conventional spaces, throughout what he referred to as the “rented island” of Manhattan. These loosely scripted, late night performances blurred the distinction between intimate performance and public spectacle. Between 1969-1971 Smith realised a series of ongoing loft performances within his own two-storey, live-work theatre space (known as the ‘Plaster Foundation’), from which he was evicted in 1971. This eviction subsequently spurred a theatrical tirade against landlords and landlordism.

The exhibition at The Modern Institute draws on Smiths iconic performance works, presenting film, photographic stills, theatre props and ephemera from several of Smith’s performances, as a continuum from the show ‘Theater and Performance Works’ held at Gladstone Gallery, Brussels in 2014. The show in Brussels took its original inspiration from the major group exhibition ‘Rituals of Rented Island: Object Theater, Loft Performance, and the New Psychodrama—Manhattan, 1970–1980’ (curated by Jay Sanders), which opened at the Whitney Museum of American Art in 2013, and was the first survey of Smith’s performance and theater works of the 1970s.

‘Theater and Performance Works’ includes material from four seminal works produced by Smith in the 1960s, 70s and 80s, as well as presenting Smith’s 1964-69 film,‘Exotic Landlordism’. The pieces exemplify the many elements to Smiths performance work, from his Plaster Foundation performance ‘Brassieres of Atlantis’ (c.1970), to ‘Irrational Landlordism of Bagdad’, a performance originally presented at the Cologne Art Fair in 1977 which featured elaborately crafted brassieres, and through subsequent works ‘The Secret of Rented Island’ (c.1977), and ‘I Danced with a Penguin’(1983).

Viewed together these works illuminate Smith’s unique and complex way of interpreting and translating contemporary culture. They emphasise his vital contribution to the legacy of experimental, performance-based art and film, and his incredible influence on a generation of groundbreaking film artists which were to emerge from the downtown New York scene.

In conjunction with the exhibition, The Modern Institute are working with LUX Scotland to host an offsite screening event of Smith’s 1963-65 film ‘Normal Love’, with an introduction by Isla Leaver-Yap. The screening will take place on 19 February between 7pm and 10pm, at a top floor location in Argyll Arcade, Glasgow.

Jack Smith was born in Columbus, Ohio in 1932 and died in New York in 1989. He was the subject of the exhibition ‘Rituals of Rented Island: Object Theater, Loft Performance, and the New Psychodrama—Manhattan, 1970–1980’ at the Whitney Museum of American Art in 2013; and ‘Jack Smith: Normal Love’ at MoMA PS1, New York, 2012. In 1997, PS1 presented a retrospective of Jack Smith’s work, titled ‘Flaming Creature’, which traveled to the Warhol Museum in Pittsburgh.