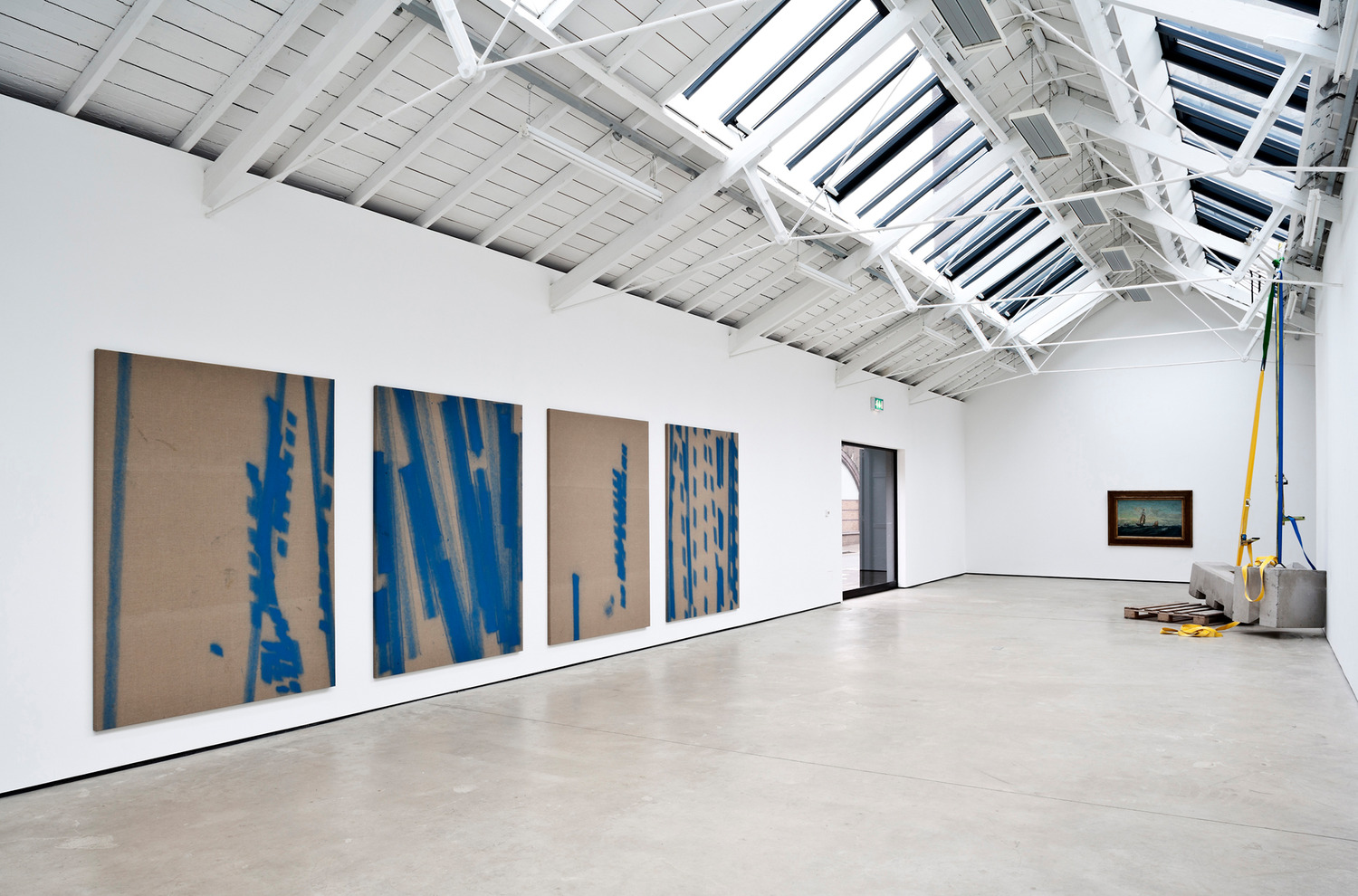 Taking its departure from the maritime relations between Norway and Scotland, as instrumented by the connecting North Sea, ‘Sea Salt and Cross Passes’ is thematically underpinned by the nautical pastimes of both countries – as nations of sailors and a long tradition of maritime paintings. Centering the works in this exhibition on an enquiry into this genre and re-visiting traditional parameters within a contemporary context, ‘Sea Salt and Cross Passes’ explores the whimsical connotations of maritime paintings. Through this framework, their significance is rooted in the aspects of animation and composition adopted within such paintings. The ship as the painting’s focal point is frequently found to be leaning diagonally. This stance is both a tool to achieve a dynamic composition – as the diagonal represents the most dynamic visual direction, and is also a catalyst for creating implied movement within the picture. The resultant scene is one of an active composition with a specific reference to the elements of nature not visible to the human eye.

Installed in this exhibition is a painting by Martin Aagaard, of an unknown date. This painting depicts three sailing ships on the sea between them creating a triple echo of diagonal movement. In response to this position ‘Sea Salt and Cross Passes’ incorporates works by Matias Faldbakken, Chadwick Rantanen, Torbjørn Rødland, Oscar Tuazon and Fredrik Værslev. Across a variety of media, each artist’s work plays along this path of influence – further echoing this diagonal line and mythologising life by the North Sea.