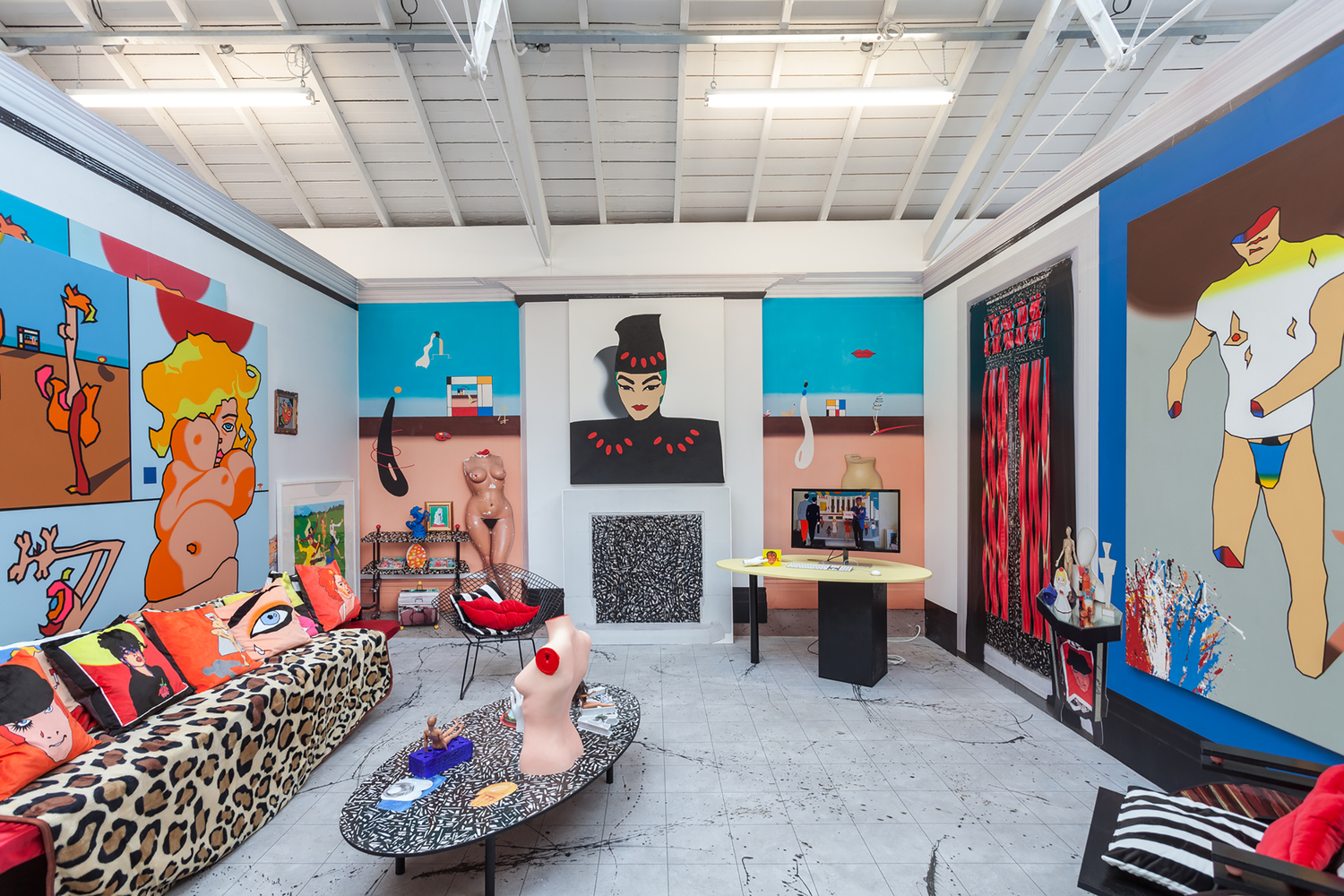 Installation view, Duggie Fields, The Modern Institute, Osborne Street, 2018
Fields’ body of work is marked by a distinct signature style of post-Pop figuration, and self-described since the mid 1990s - MAXIMALism - marrying imagery from classical and popular culture along with art history which is cyclically reused and repurposed within his painted canvases and intrinsically tied to his home of the past 50 years.

Fields has produced the majority of his output from this residence since late 1968, famously shared for a brief time with Syd Barrett. A constant over the last five decades, this unique environment reflects on aspects of Kurt Schwitters’ interiors as an early influence on his particular live-work aesthetic. The walls of the living room are painted with references to Joan Miró, Salvador Dali’s surreal panoramas and Piet Mondrian’s compositions - extensions of the horizons developed in Fields’ paintings, albeit with the figurative elements removed. A prolific maker, the space is occupied with furniture customised by Fields, or designed by himself such as the palette chair, which takes inspiration from Gerrit Rietveld’s Red Blue Chair, but incorporating what was to become a Fields trademark of sorts - the paint palette shape. The form can be found throughout the apartment in tabletops, rested on the side of stacked canvases and even as mosaics. The floor is splattered in the manner of Jackson Pollock - yet another frequent reference in Fields’ earlier works. The mirror is integral to the interior, multiplying both space and imagery - vistas reflected seemingly with no end. The murals, the objects, and the painted panels are Fields’ paintings brought into the third dimension. 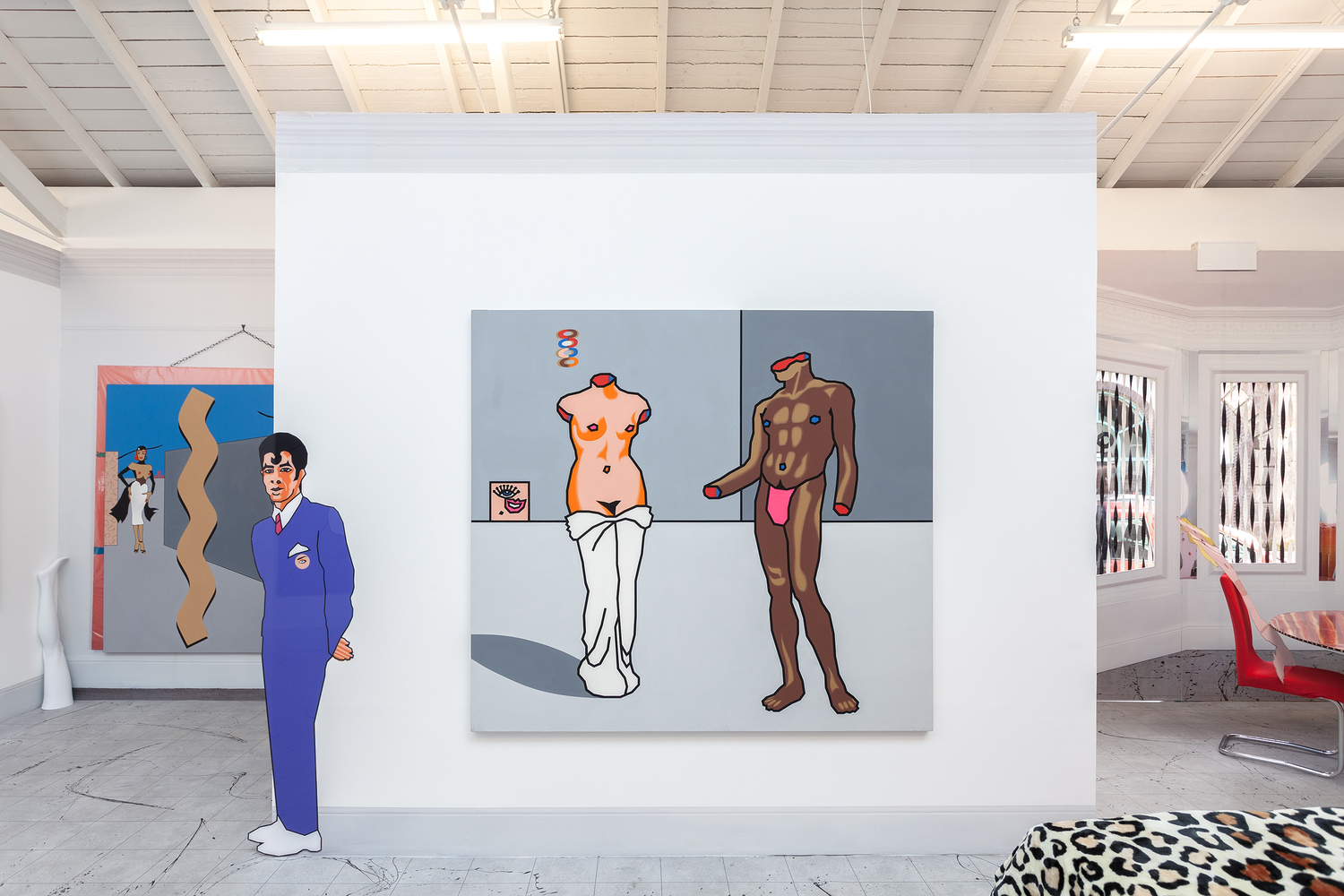 Field's show at The Modern Institute for Glasgow International 2018 presented works from the 1970s to the present day against a backdrop that recreates and reimagines Fields’ home and studio environment, the installation echoes the re- working and re-sampling employed within Fields’ own practice. This intervention in the Osborne Street gallery acknowledges the inextricable blurring between Fields’ work and his life and his wide cultural significance over the last five decades.
On the walls of each room and resting up against them, are Fields’ large scale paintings - more often than not, concealing more works behind them. Fields is a meticulous and diligent painter - the compositions are predetermined and each work is executed by drawing out a grid on the canvas and then painted in methodically. Fields’ subjects and themes are of pop culture figures, iconography and art historical references - they are emphasised and celebrated through repetition and a bright, flat graphic style with defined black outlines, heavily drawn from comic book influences. 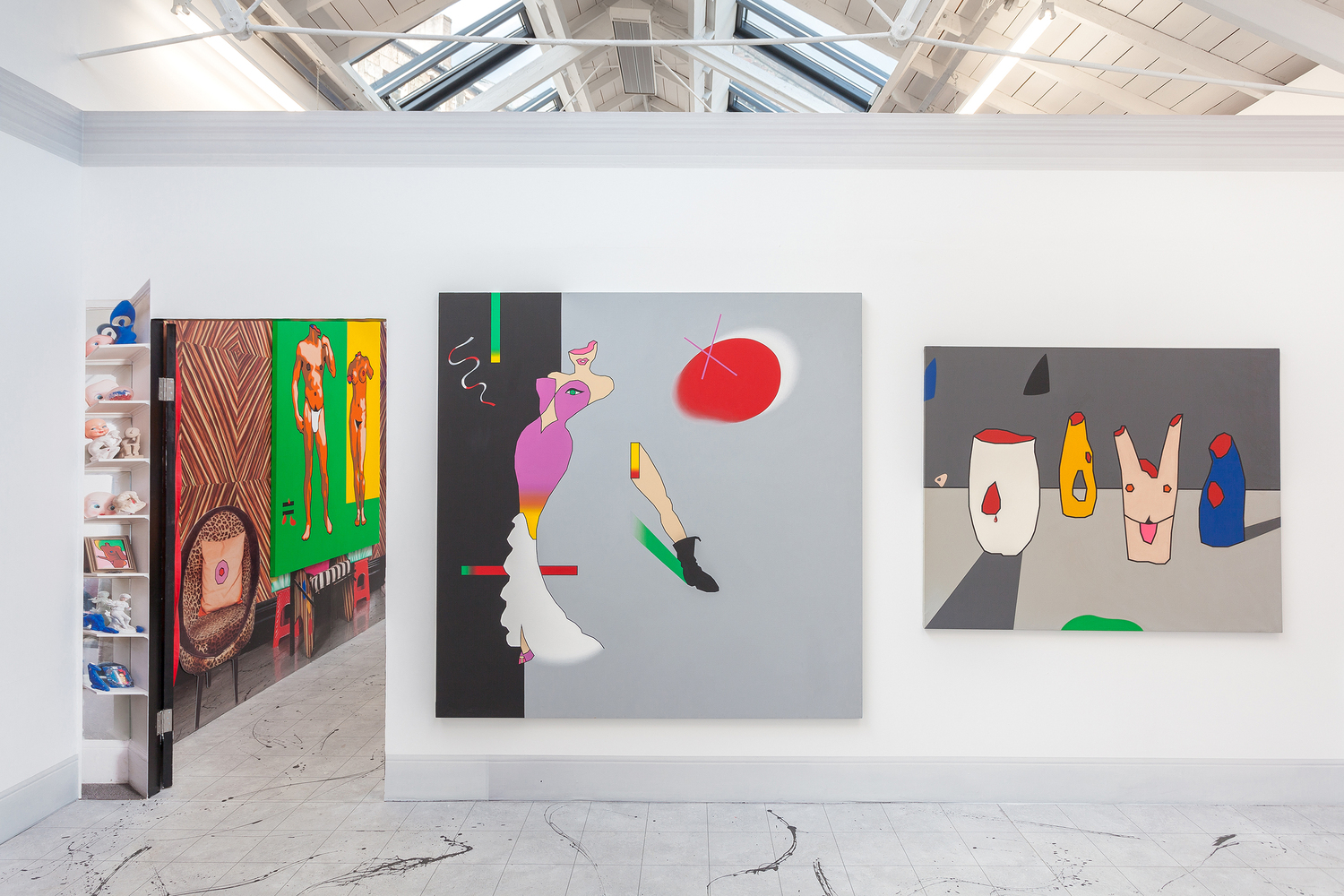 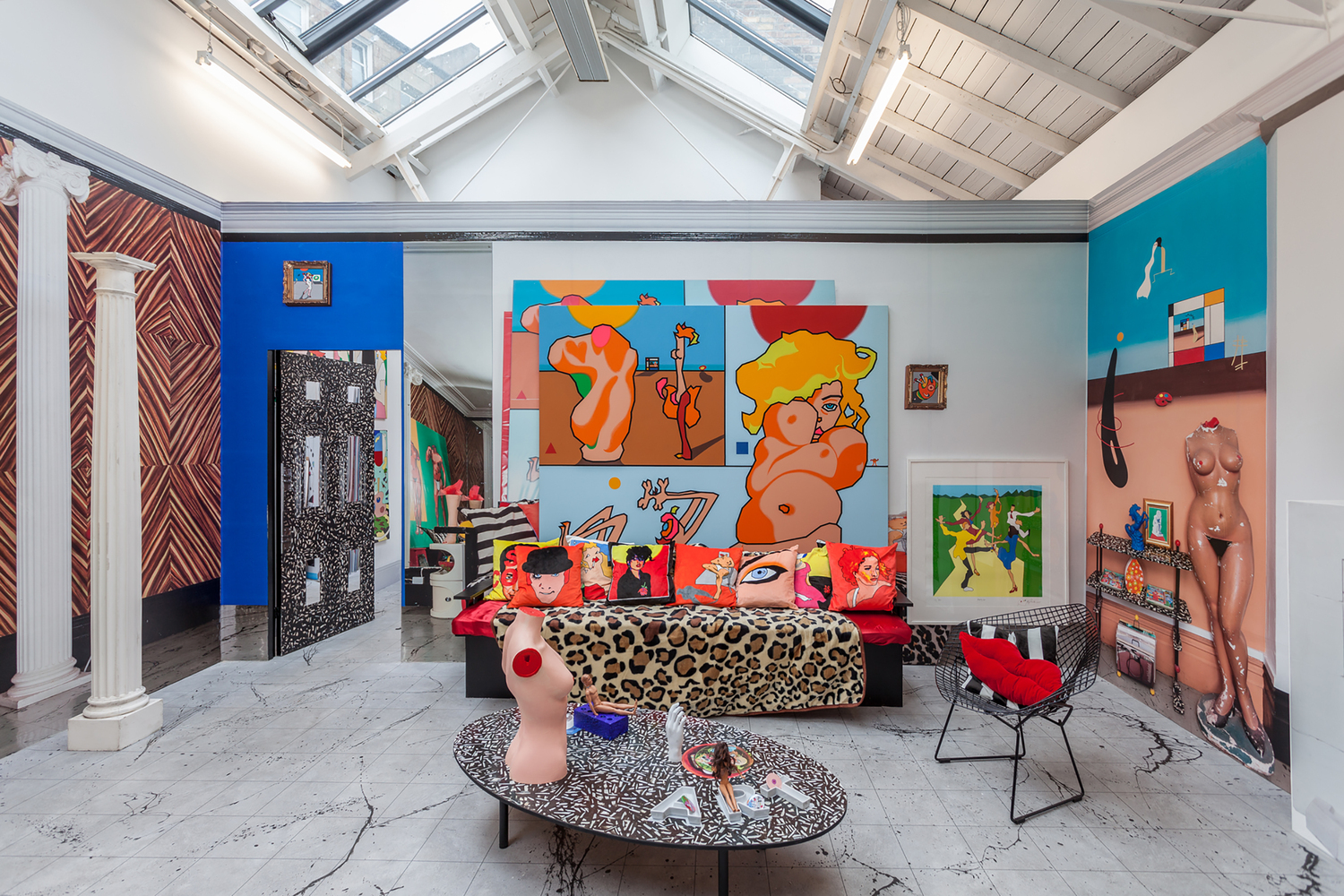 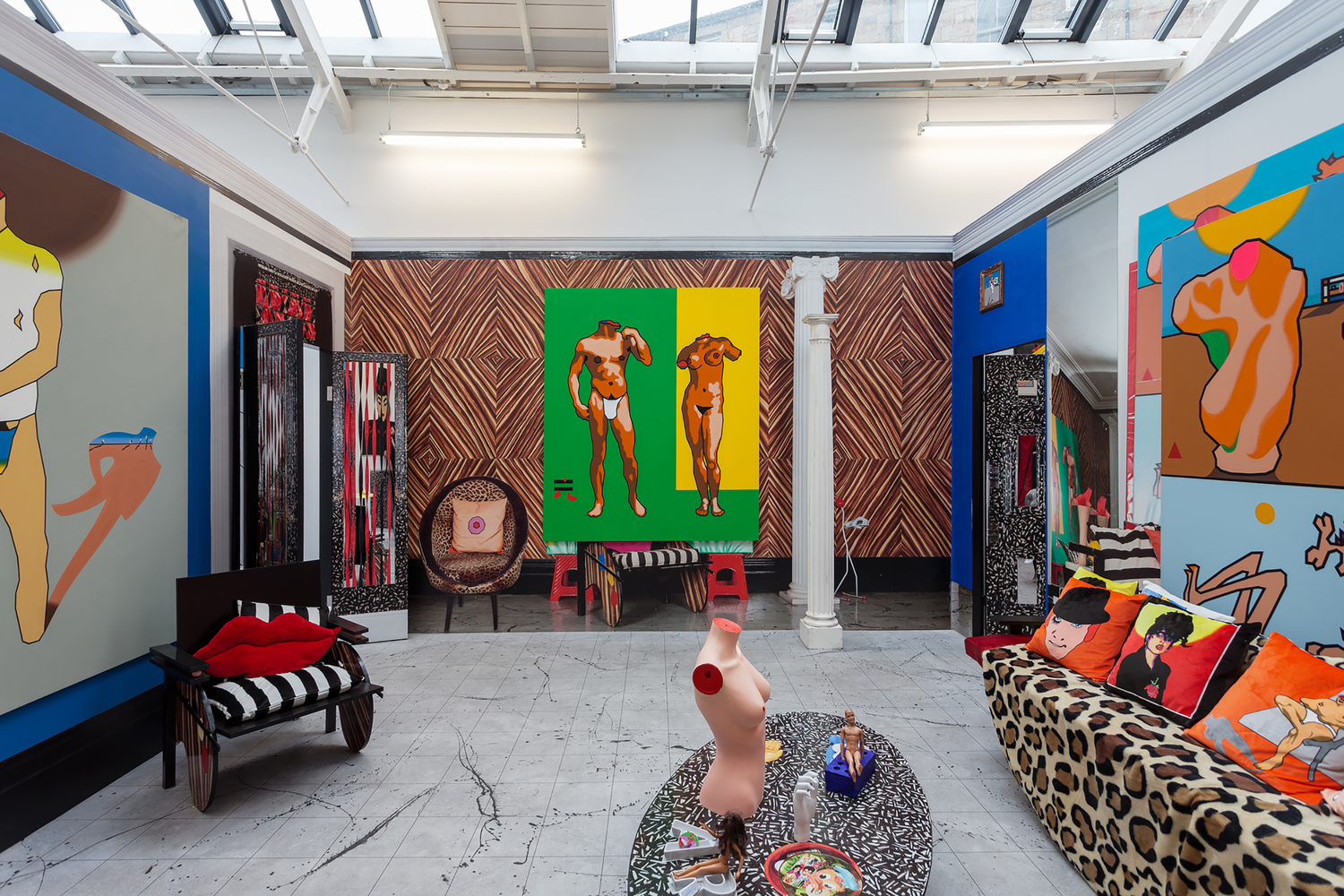 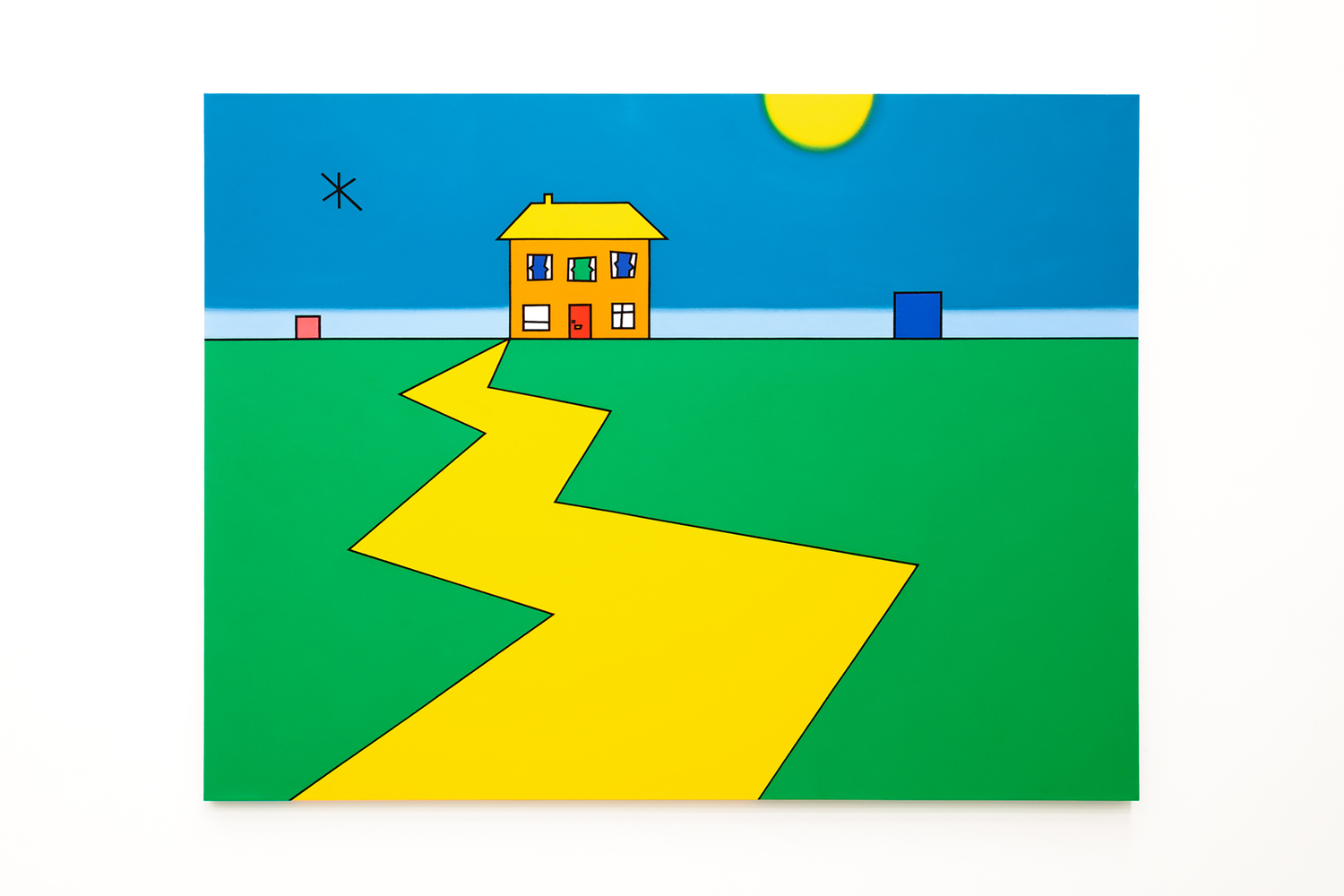 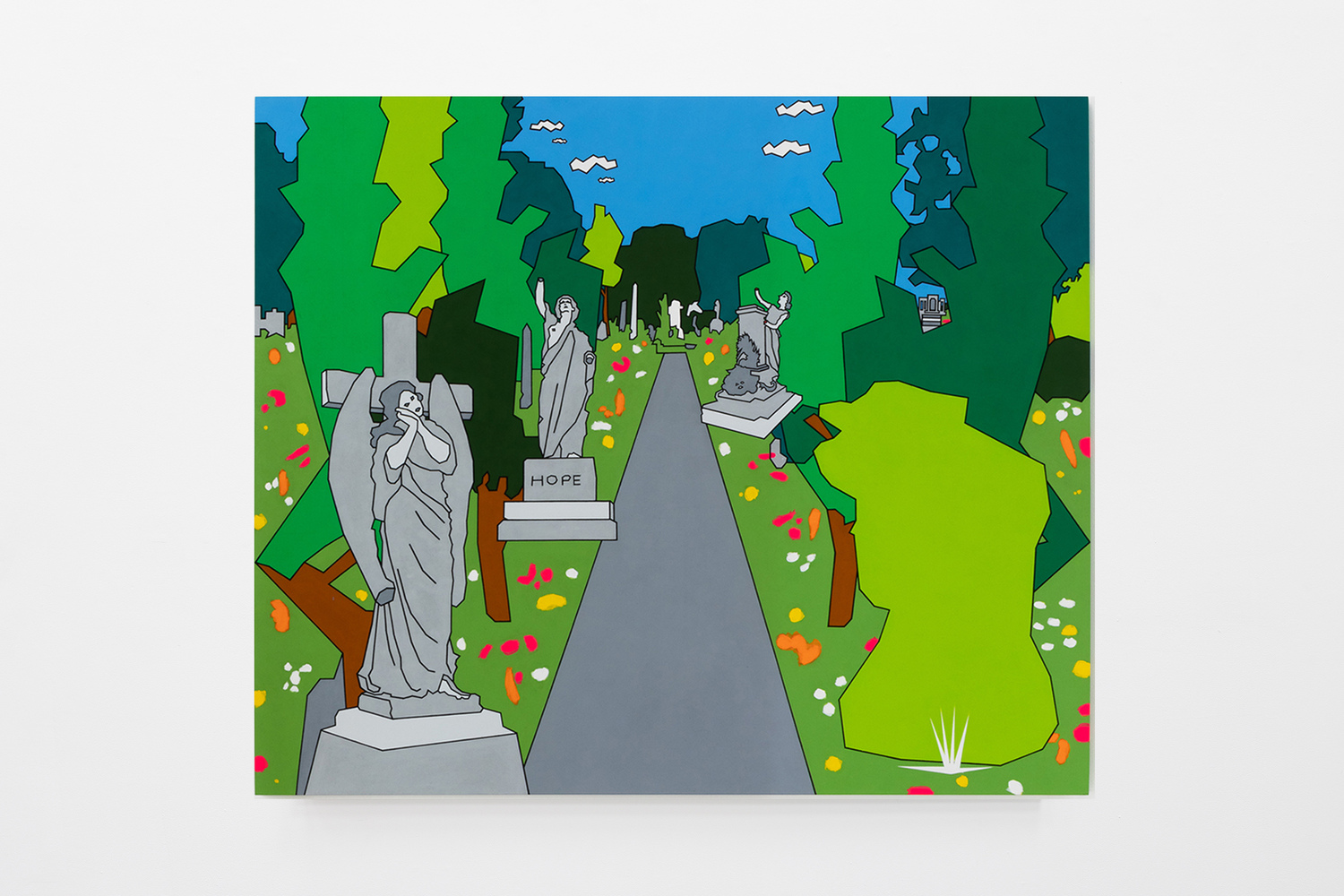 Just around the corner (Hope, in the great green place of many walks), 2019

Enquire
Just around the corner (Hope, in the great green place of many walks), 2019 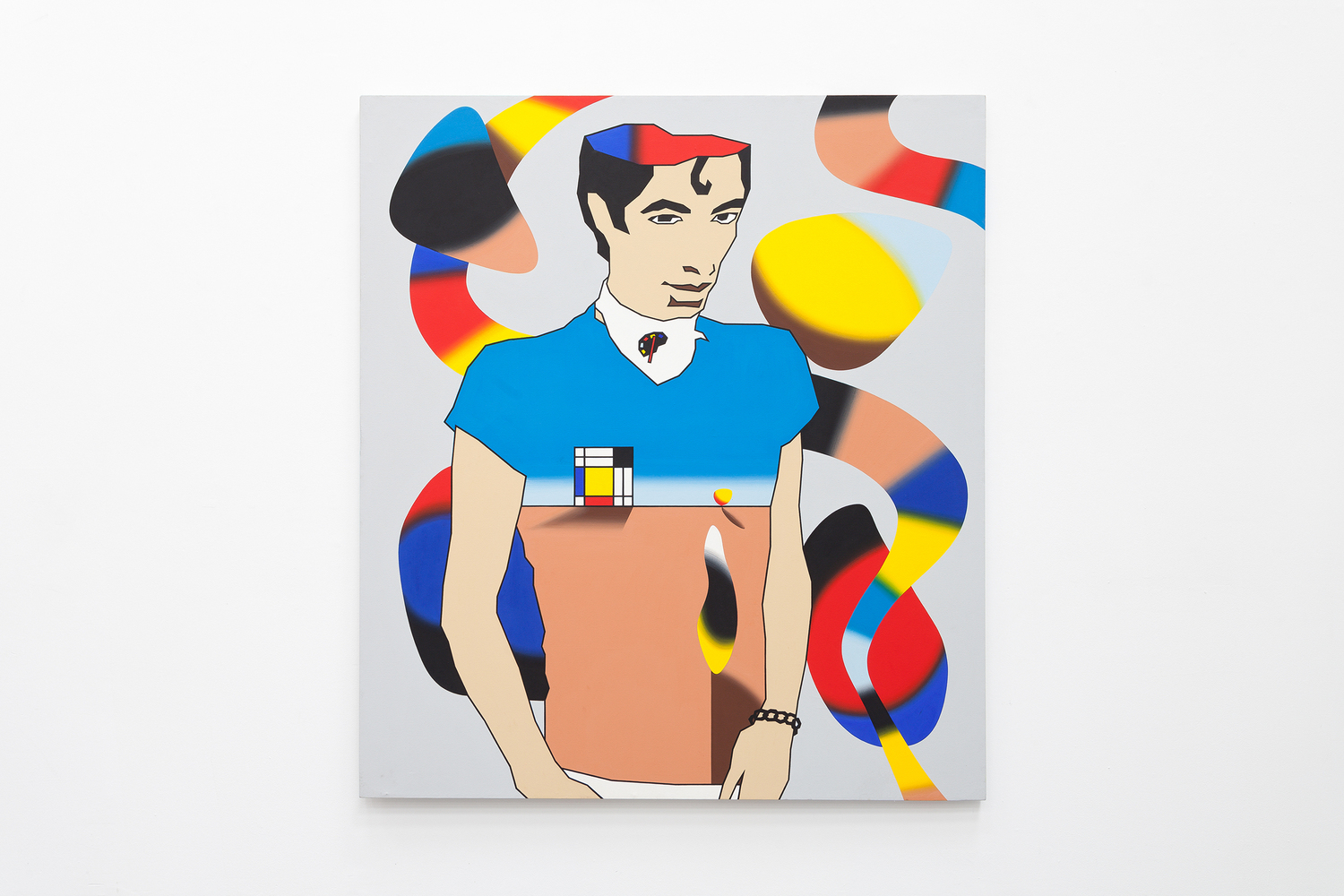 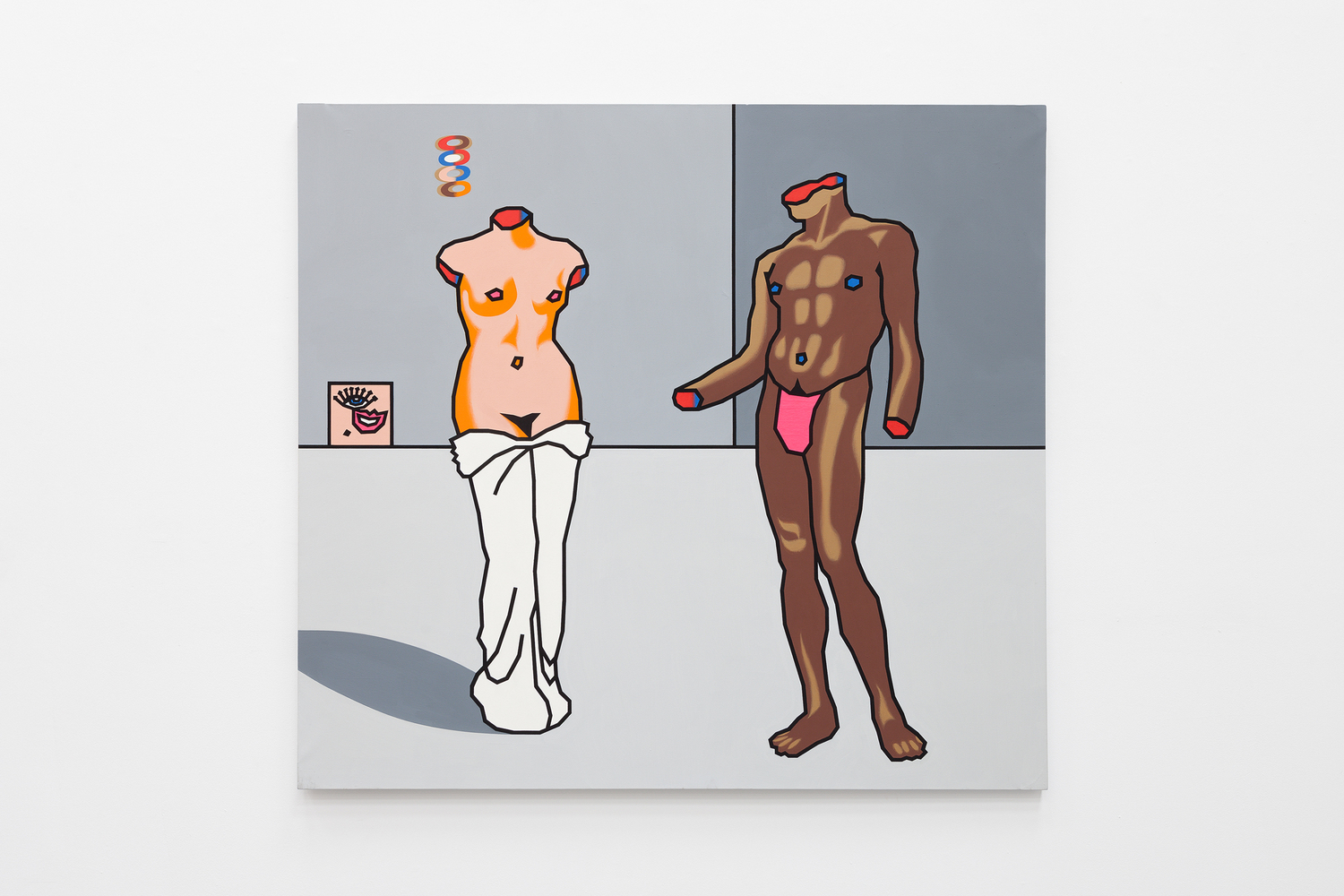