Installation view 'Scab Diagram' The Modern Institute, Bricks Space, 2021
The Modern Institute presents Chicago based artist and musician Lisa Alvarado for her first solo exhibition in the UK and with the gallery in the Bricks Space location. Alvarado’s assemblages are a considered orchestration of polarities, creating an environment that provokes a heightened awareness of our present moment, and the histories that shape the conditions of experience today.

Scab Diagram is an alignment of painting, sound and sand that maps the fluid language of regeneration, focussing on the fragile stage between injury and restoration. Scab Diagram also connects the geography of river borders to the corporal body and its processes of healing, considering reconstruction as a woven movement that relates to the pulsations of breath, heartbeat and growth - such divisions and polarities are thus harmonized into a vibratory cartography of repair. These overarching themes continue from Alvarado’s previous solo show Thalweg ¹, which focused on the US/Mexico border, and the artist’s family history dealing with the mass deportation of Mexican American citizens during the 1930s. The forced migration of peoples, and subsequent trauma and healing derived, emphasise these motifs of revival and resilience. These sentiments are echoed in the profound writings of Gloria E. Anzaldúa, which have been crucial to Alvarado: 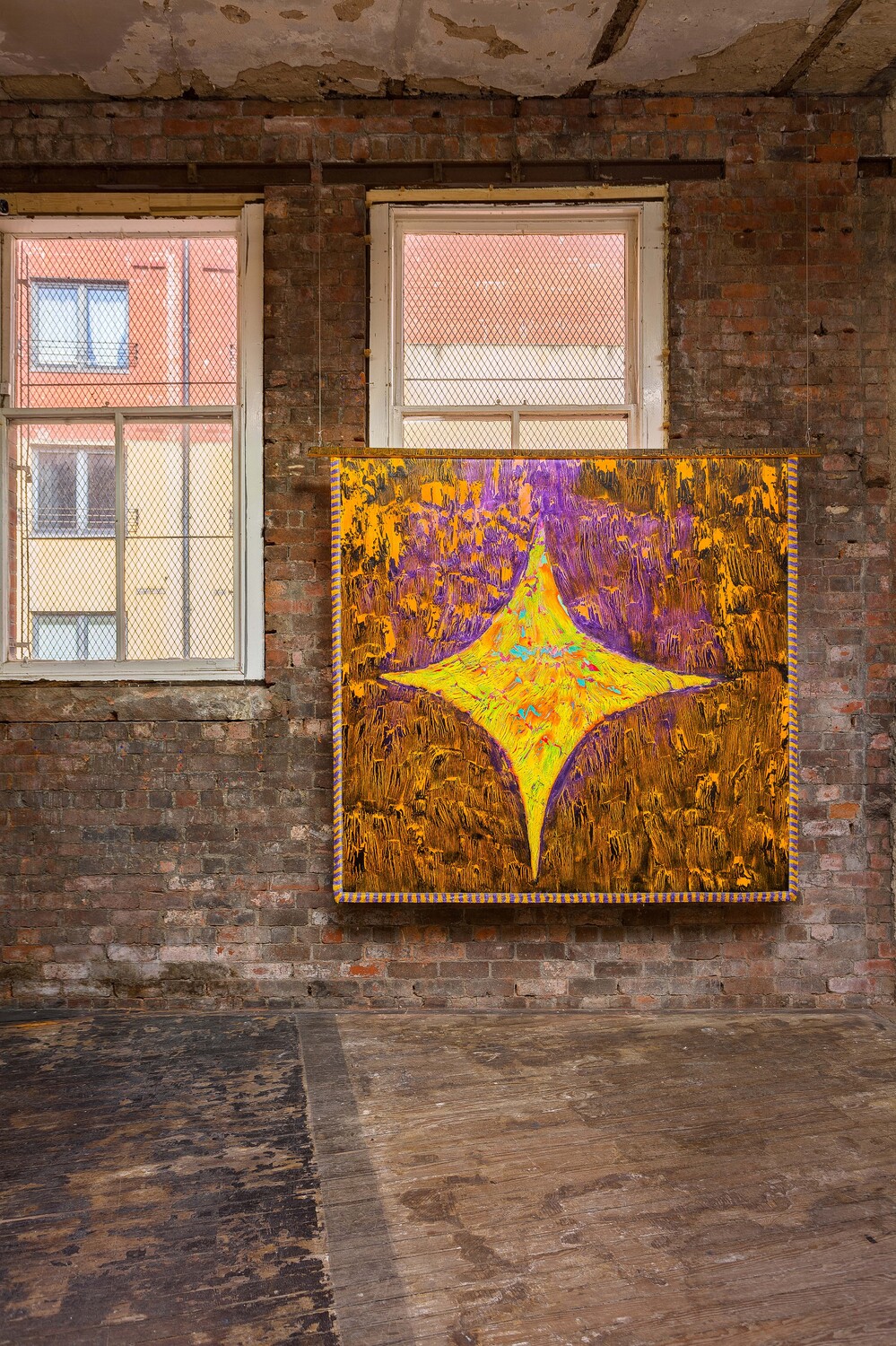 Installation view 'Scab Diagram' The Modern Institute, Bricks Space, 2021
At either end of the space is a two-part floor piece, featuring connecting diamonds in black and white sand in a narrow border against the middle section of the wall. The pattern recalls a suturing seam, a physical representation of the innate fragility found in healing; while the inverted monochromes at once suggest both opening and closing, acting out the liminality between injury and recovery. Likewise, the acrylic works echo the diamond and triangles populating the space, emphasising the transformational qualities Alvarado’s work holds: created in relation to the space they blend, grow and merge into its environment like an iridescent moss. In tandem, the sound environment pulses and weaves back and forth throughout the room, as though it were the breath of this metaphorical body.

In Alvarado’s work, the installation is not only the paintings but the shared encounter in the space of sound and visitors coming together, affecting one another, thus collectively creating something new. As such, the works explore collective memory, durational viewing and utility; embodying an interwoven hybridity forming of painting, sound, sand and setting - existing like organs in a living and reviving body.

¹ A term which marks the lowest elevation in a river and is also used to define the location of international borders that are within a waterway.
² Gloria E. Anzaldúa, Light in the Dark/Luz en lo Oscuro: Rewriting Identity, Spirituality, Reality, ed. by AnaLouise Keating (Durham, NC: Duke University Press Books, 2015), p. 89. 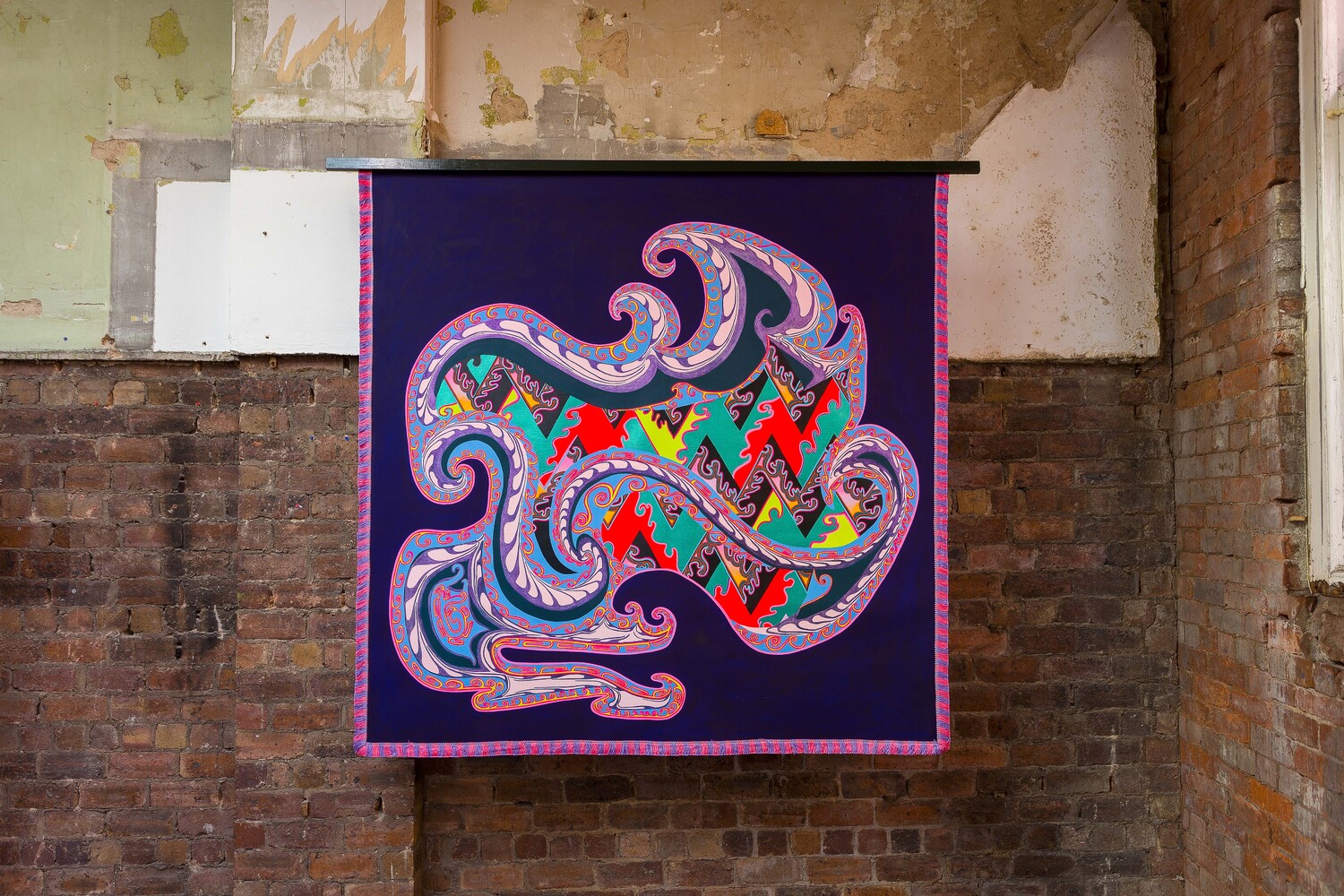 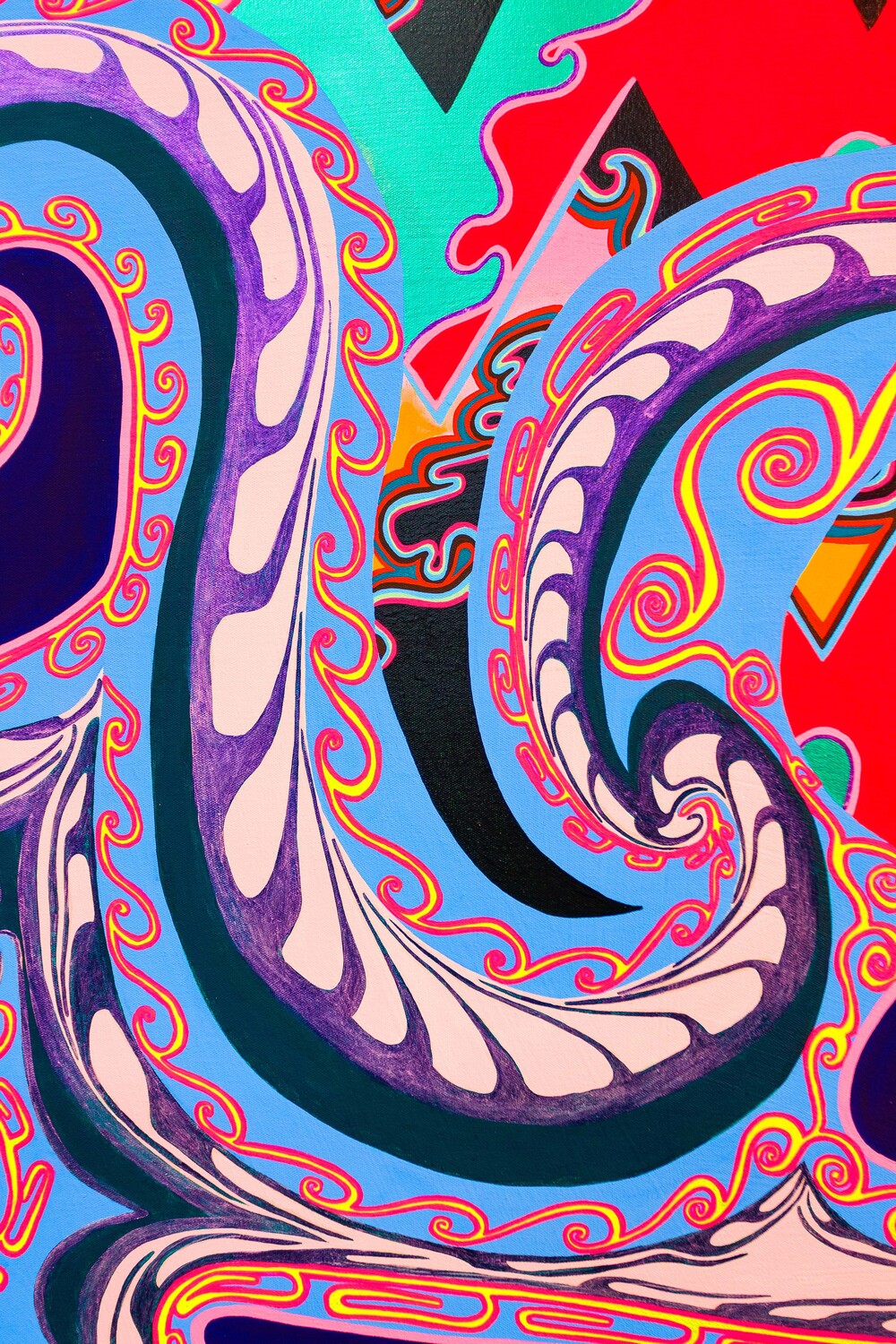 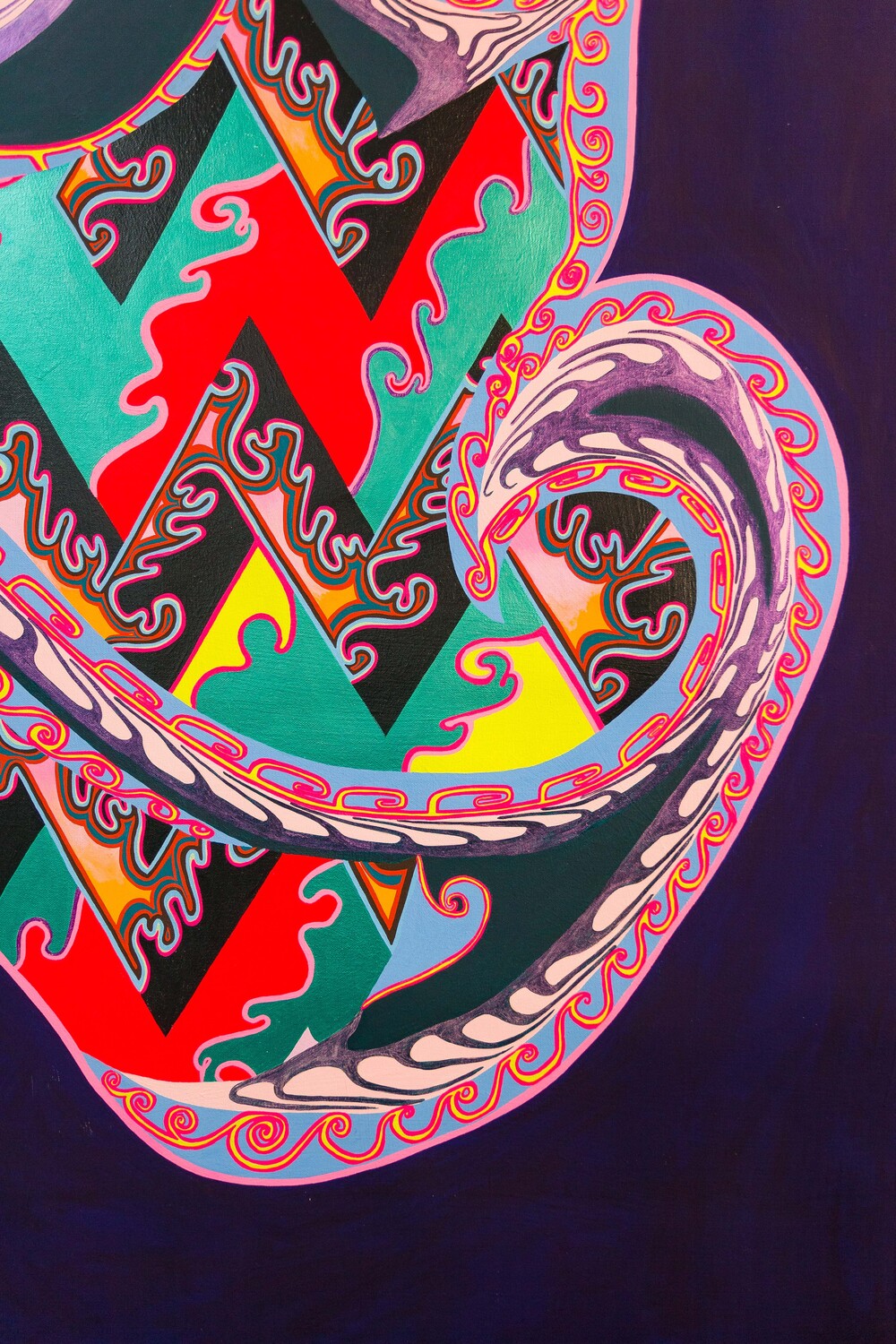 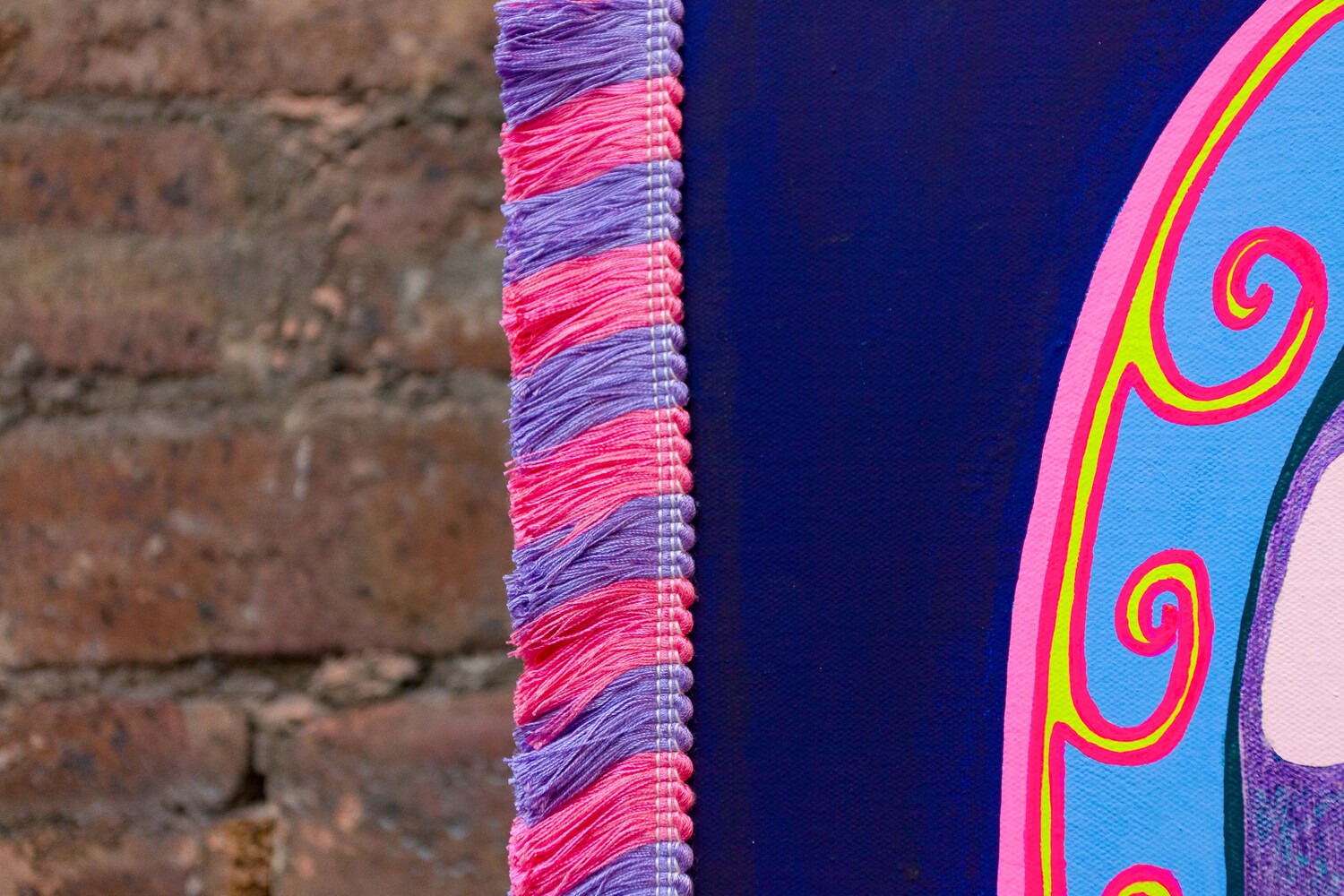 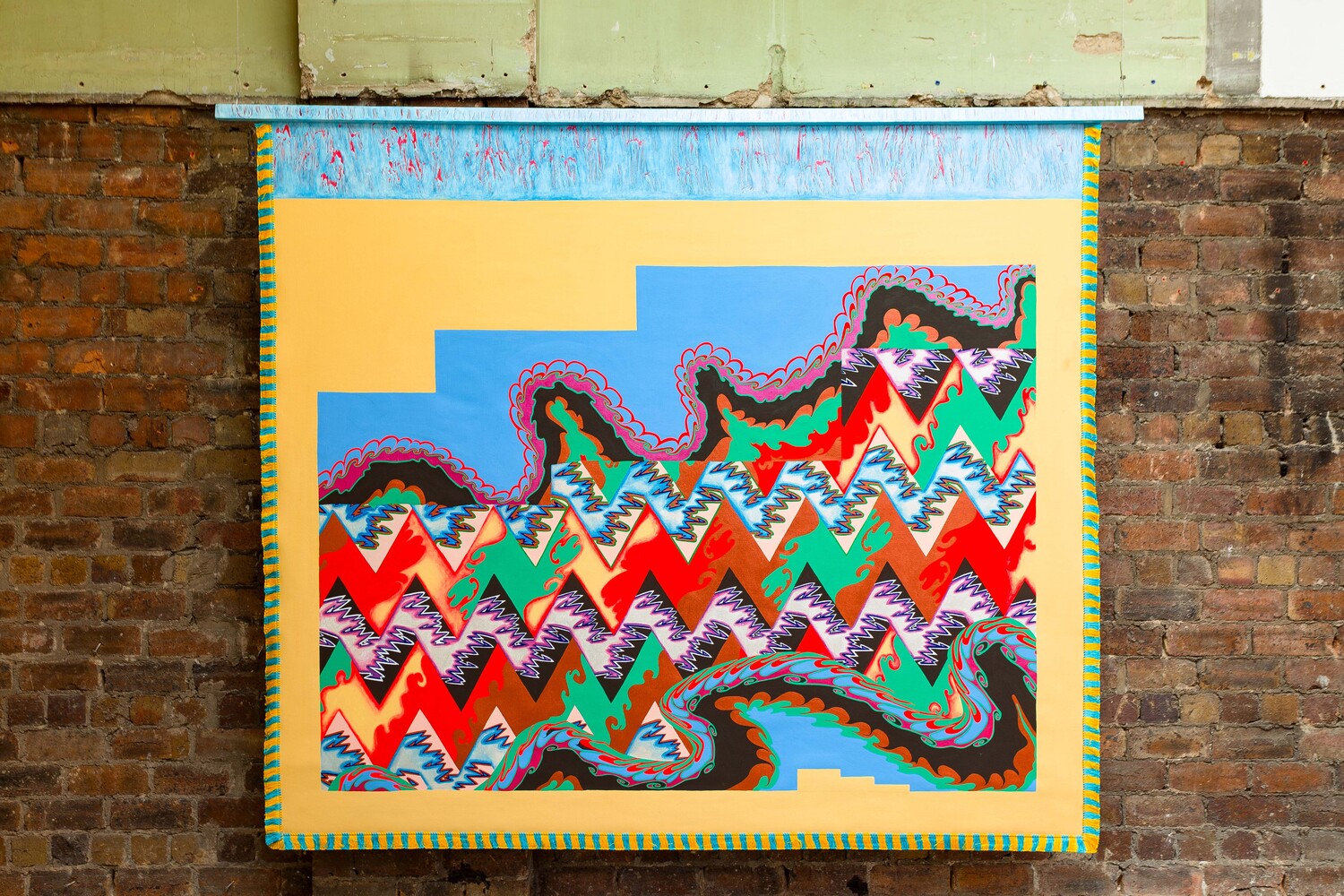 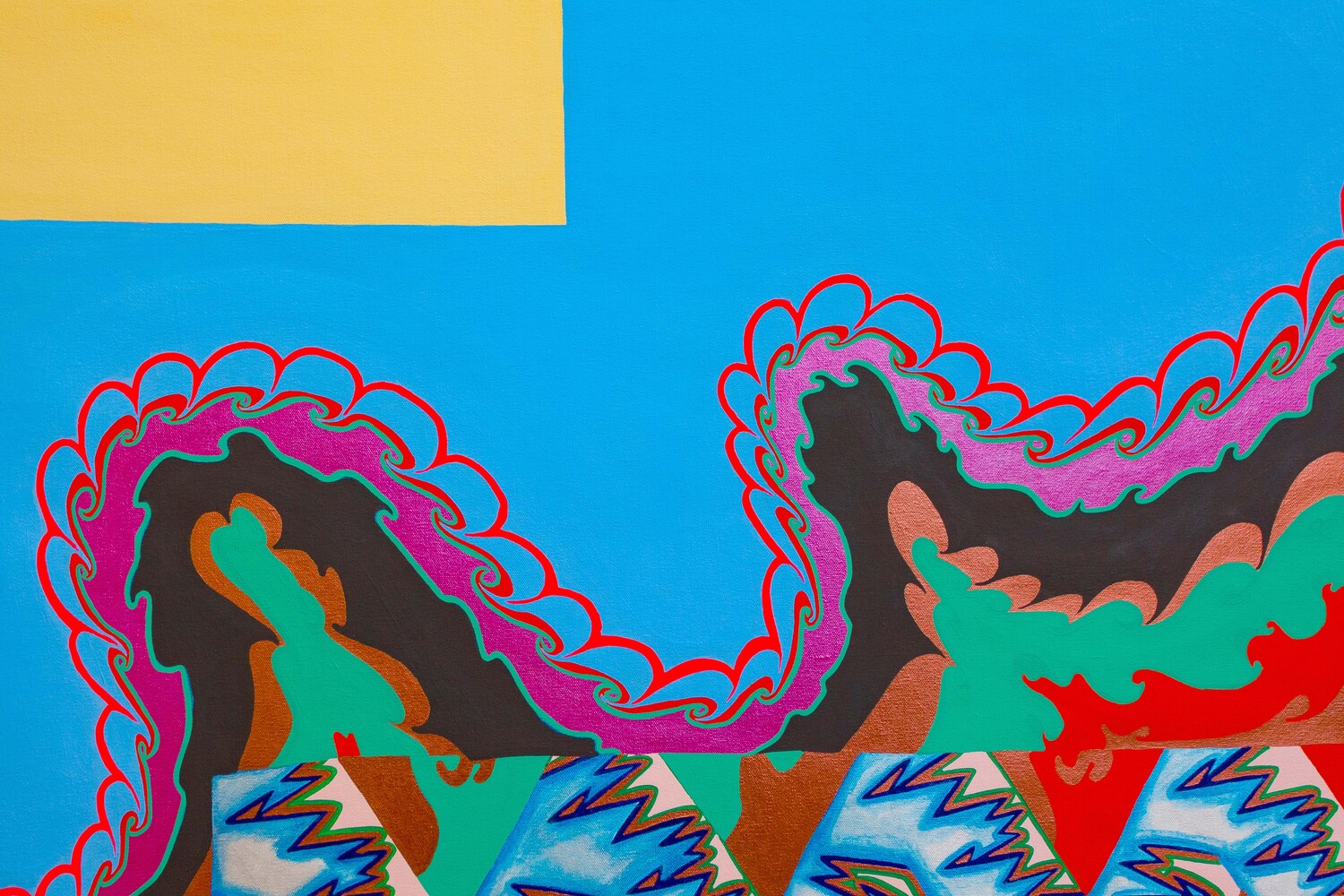 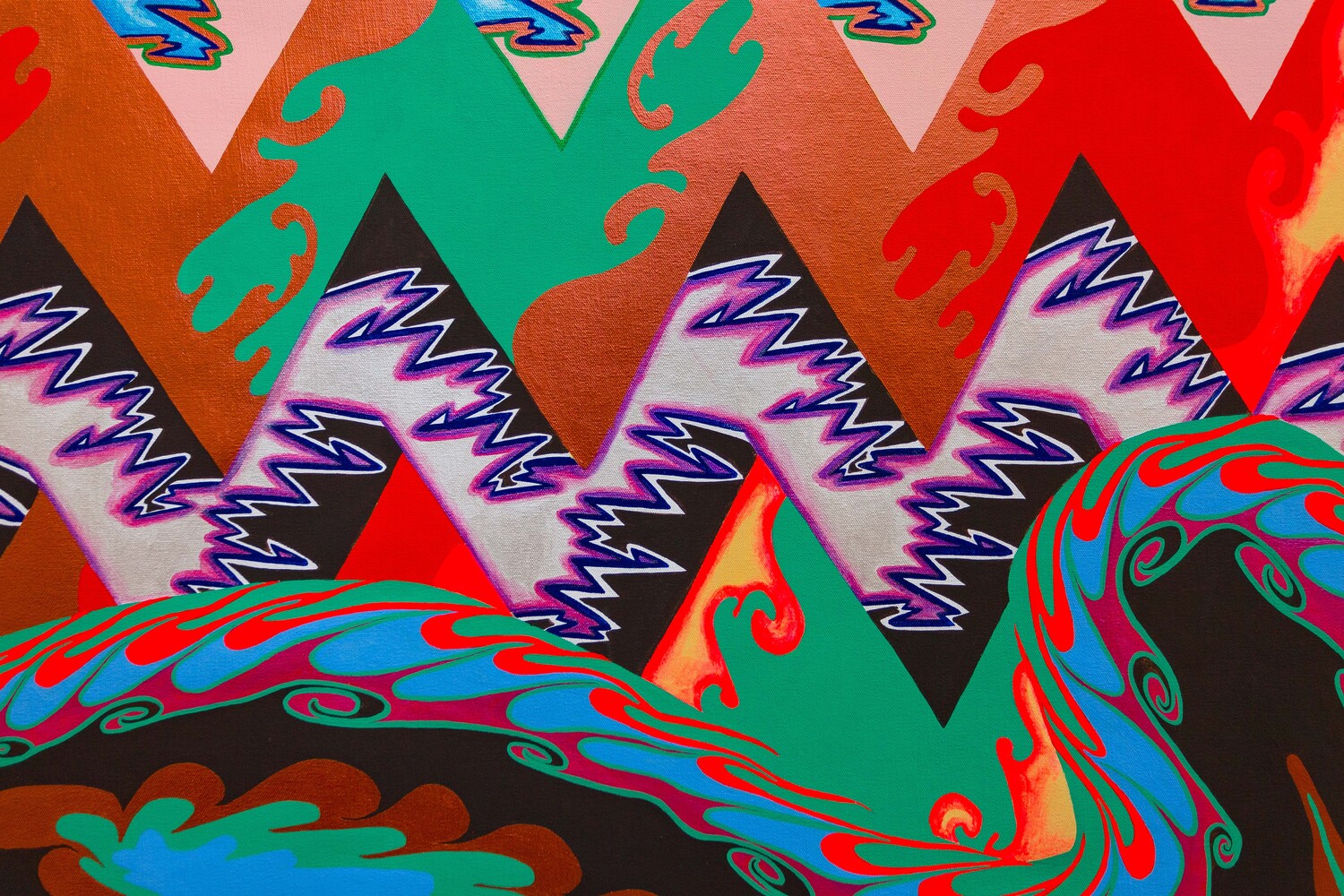 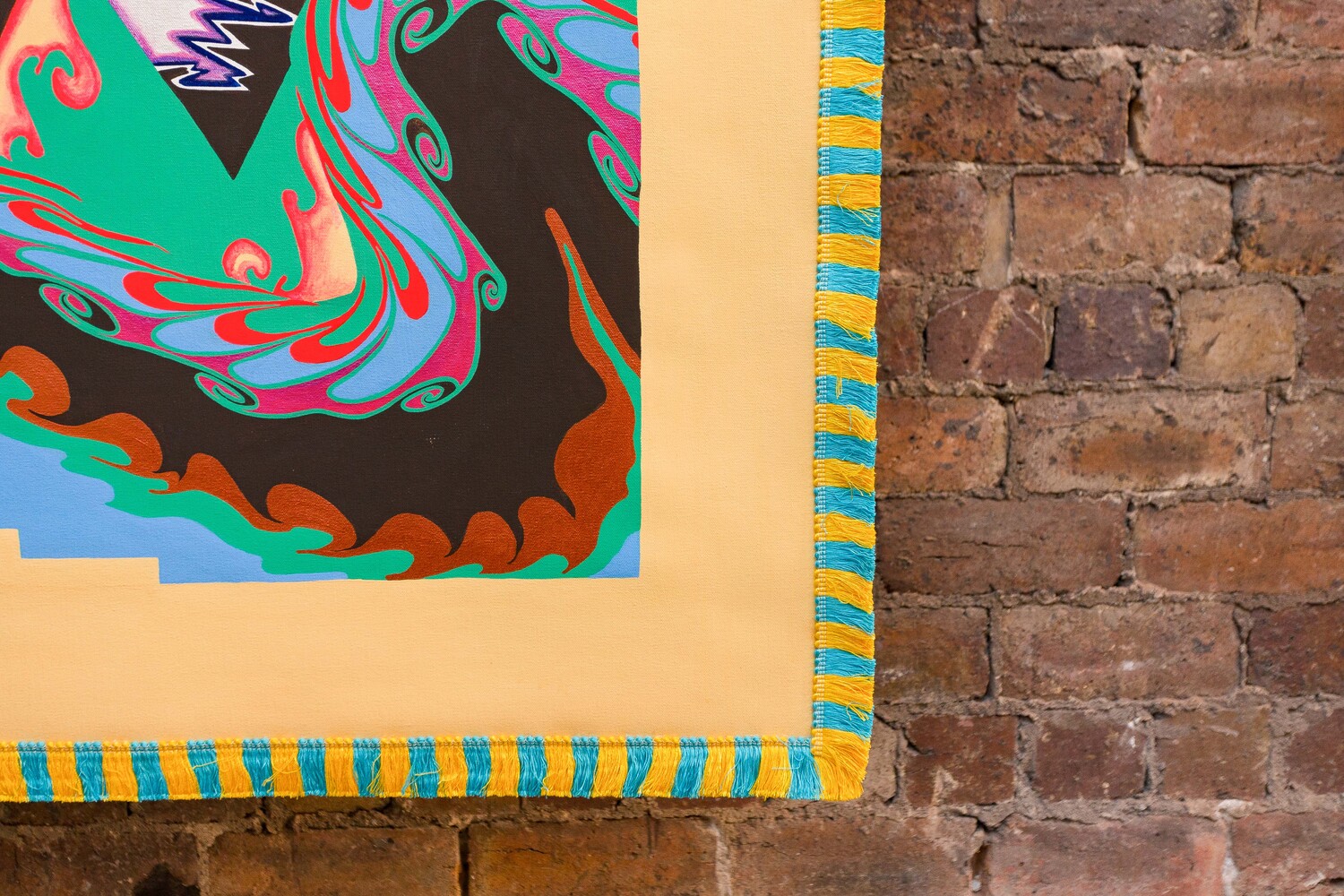 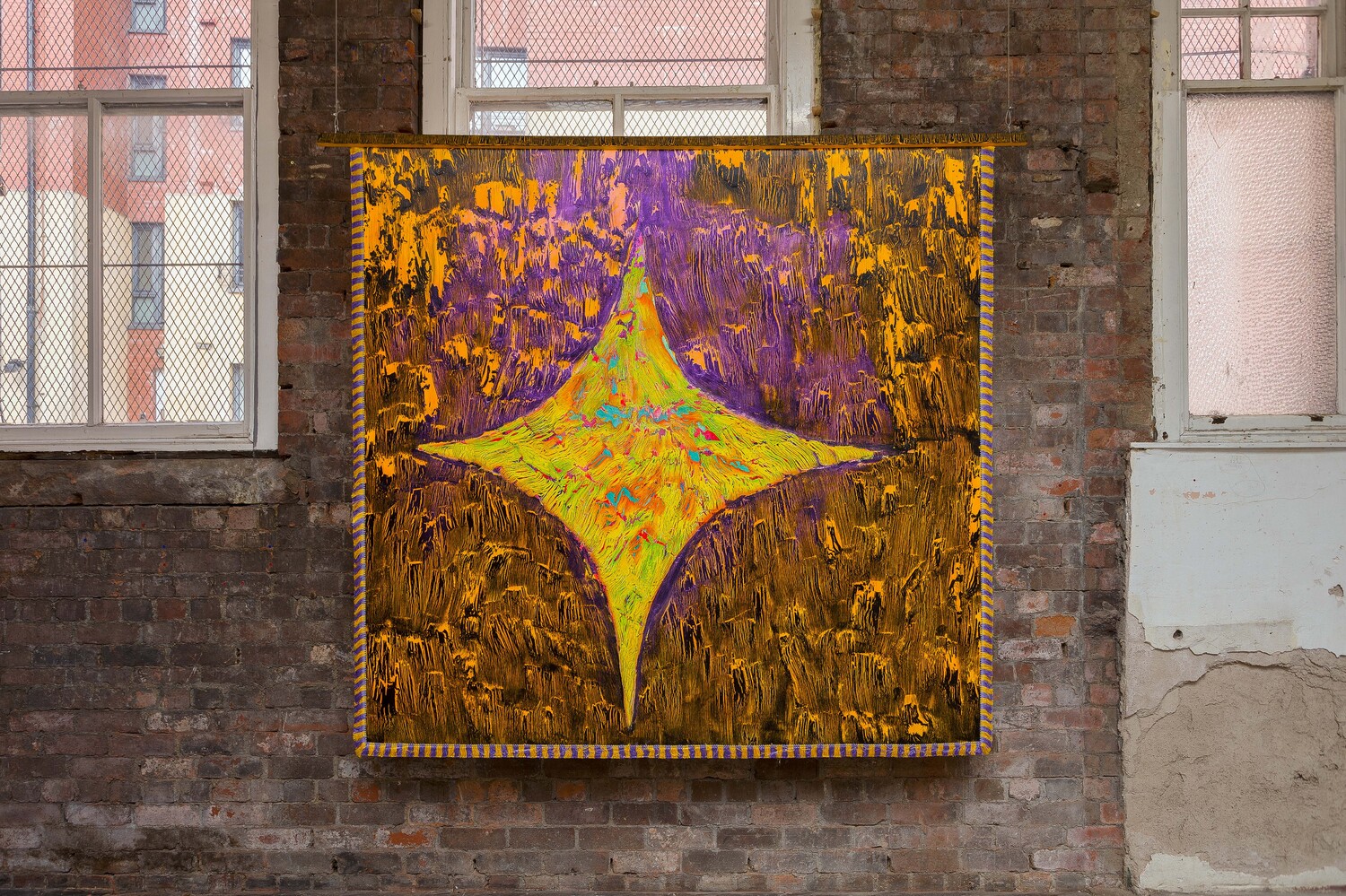 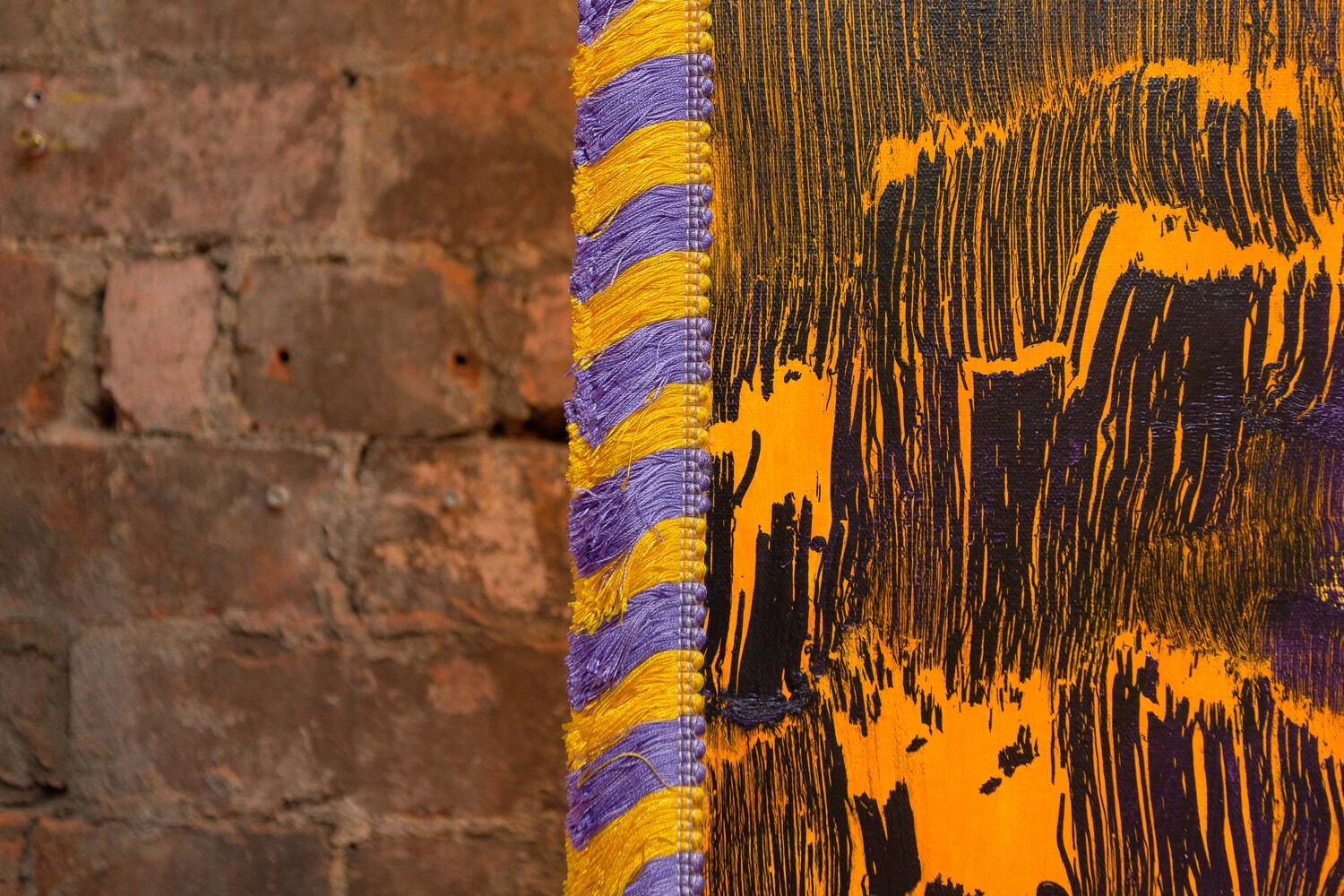 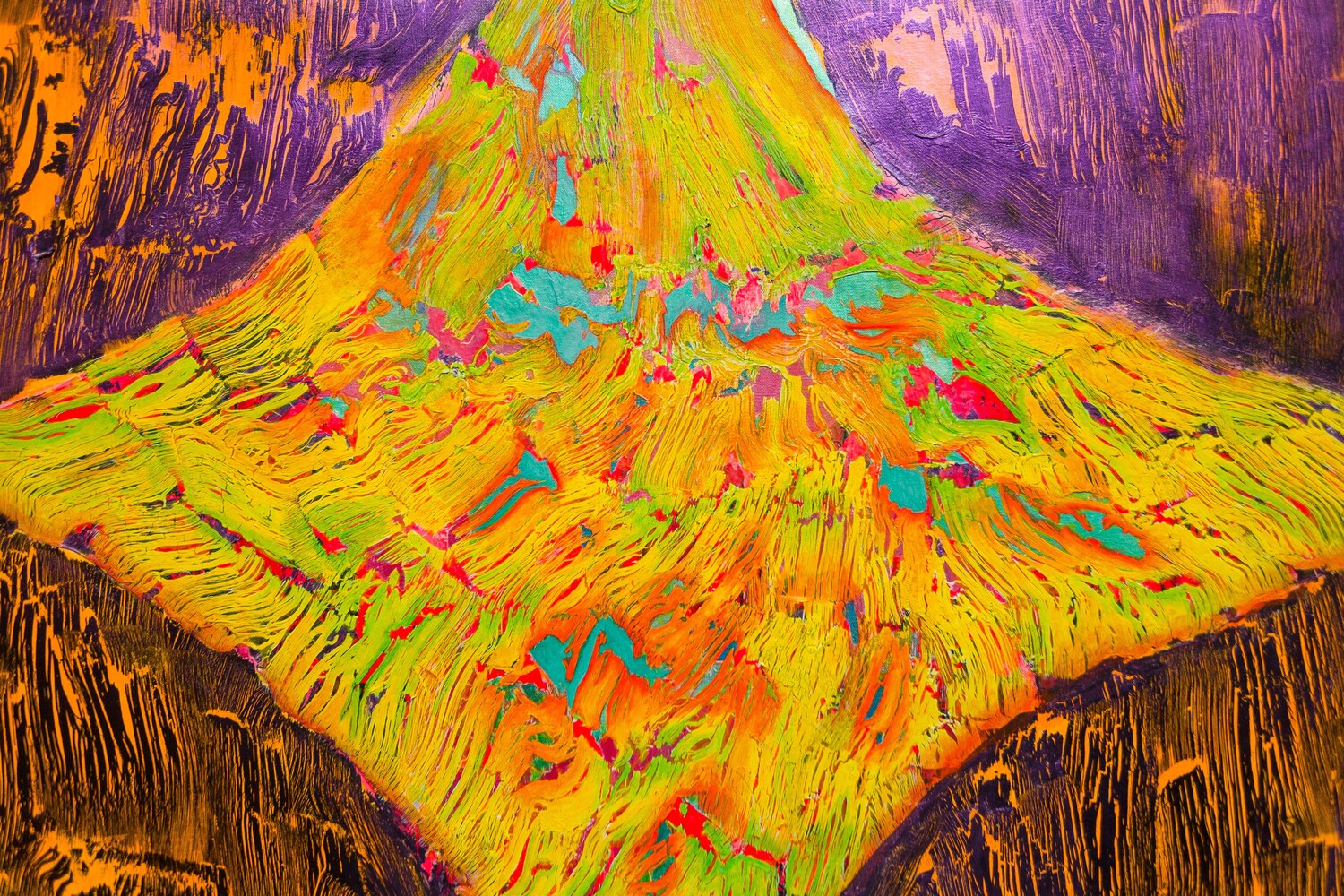 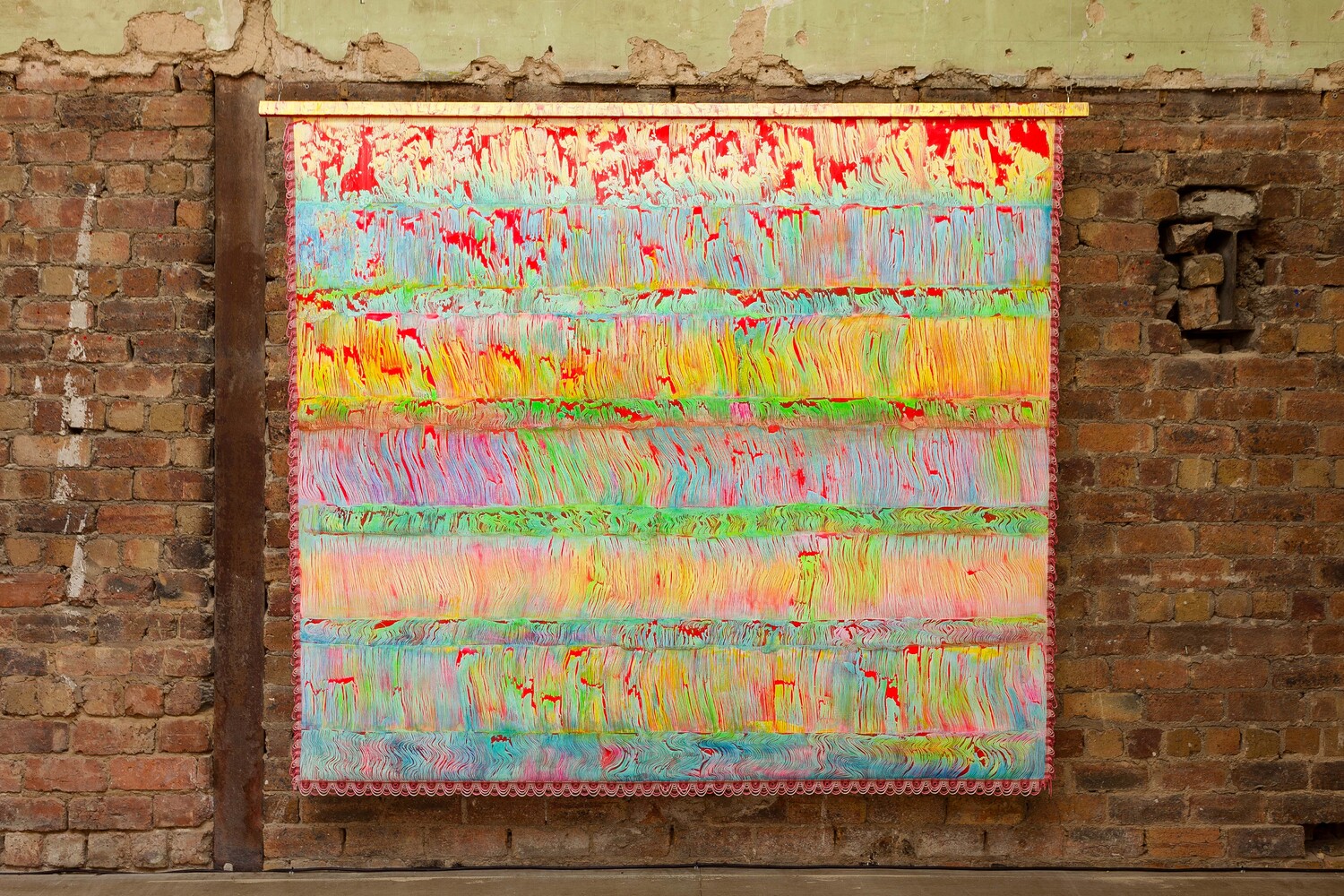 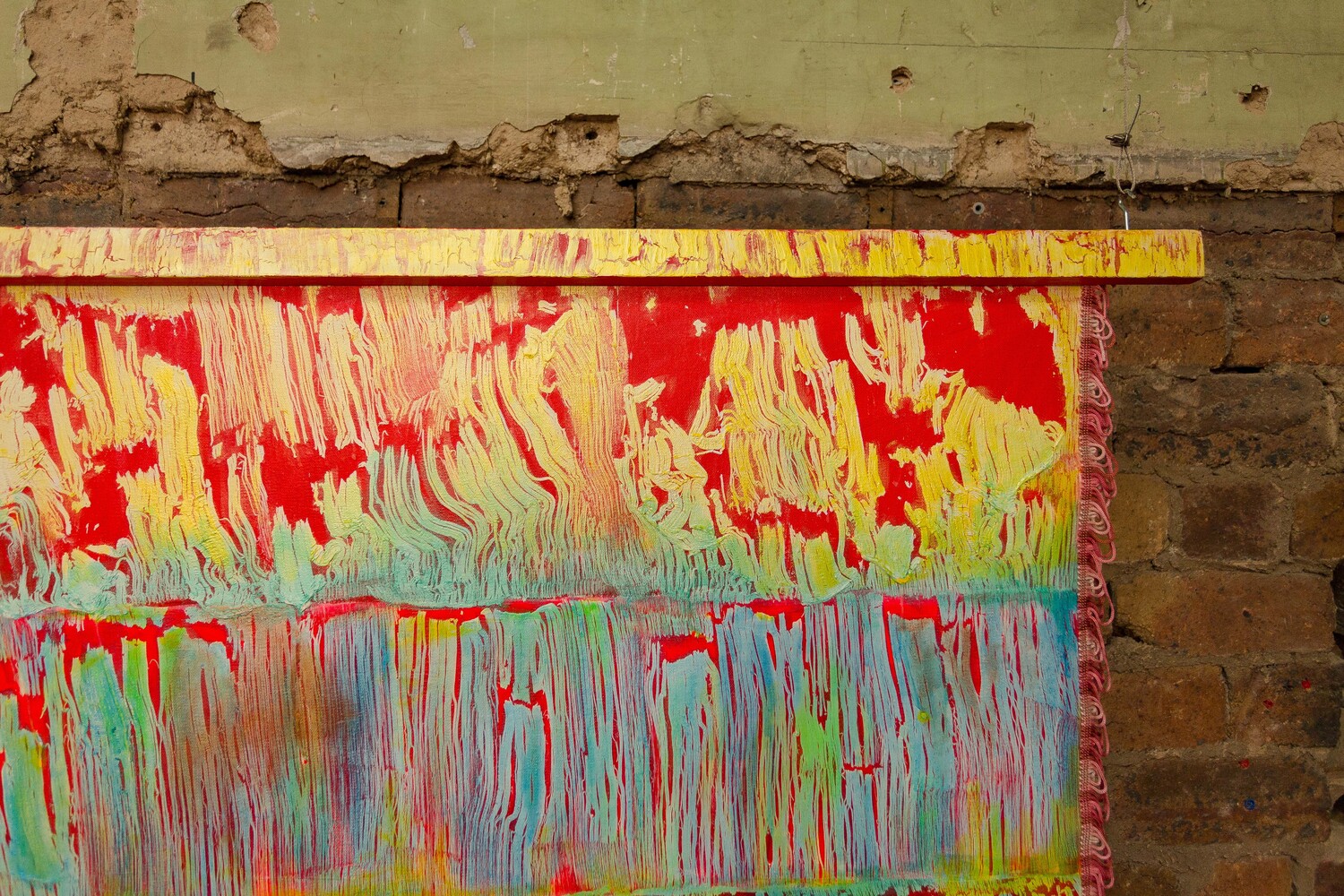 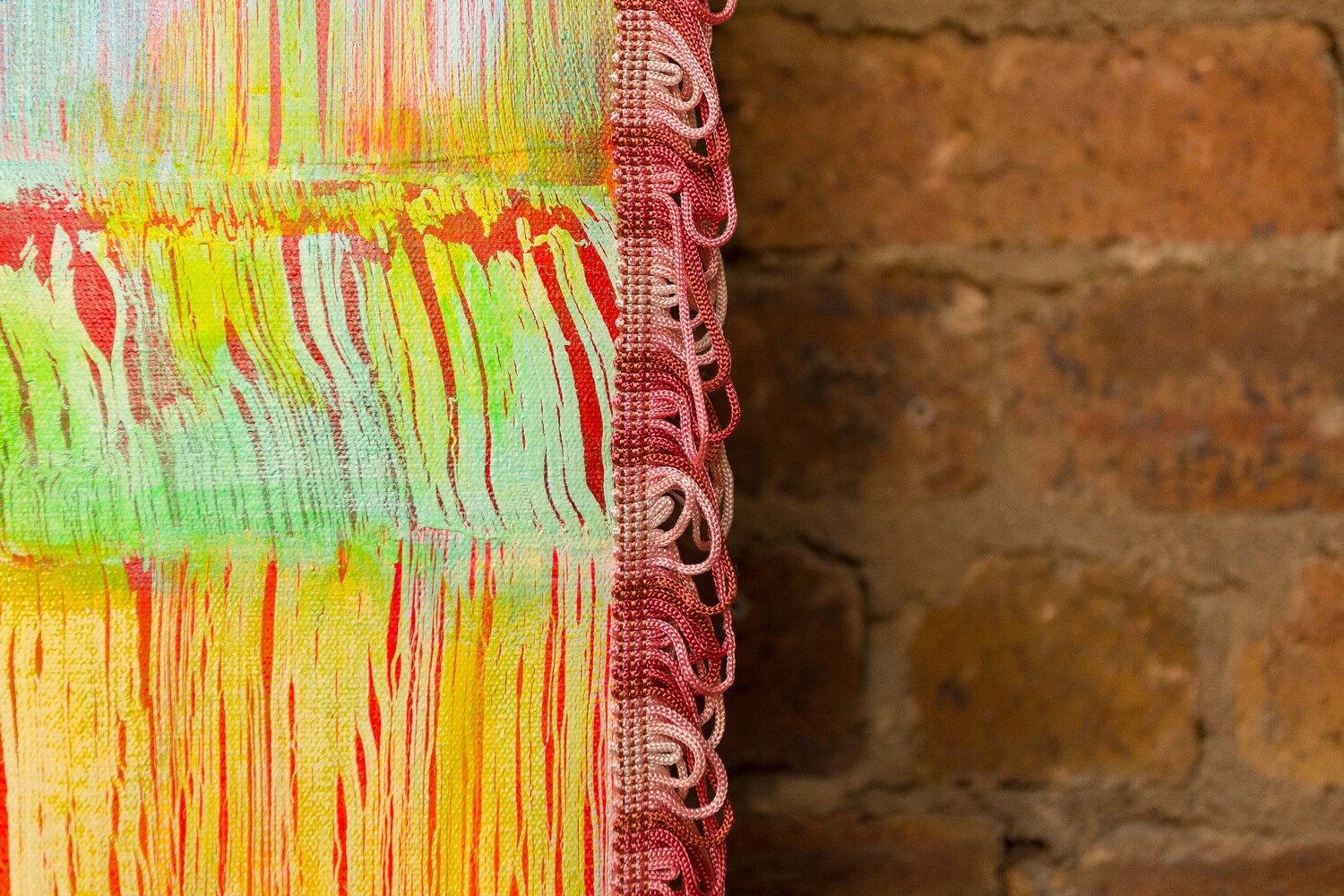 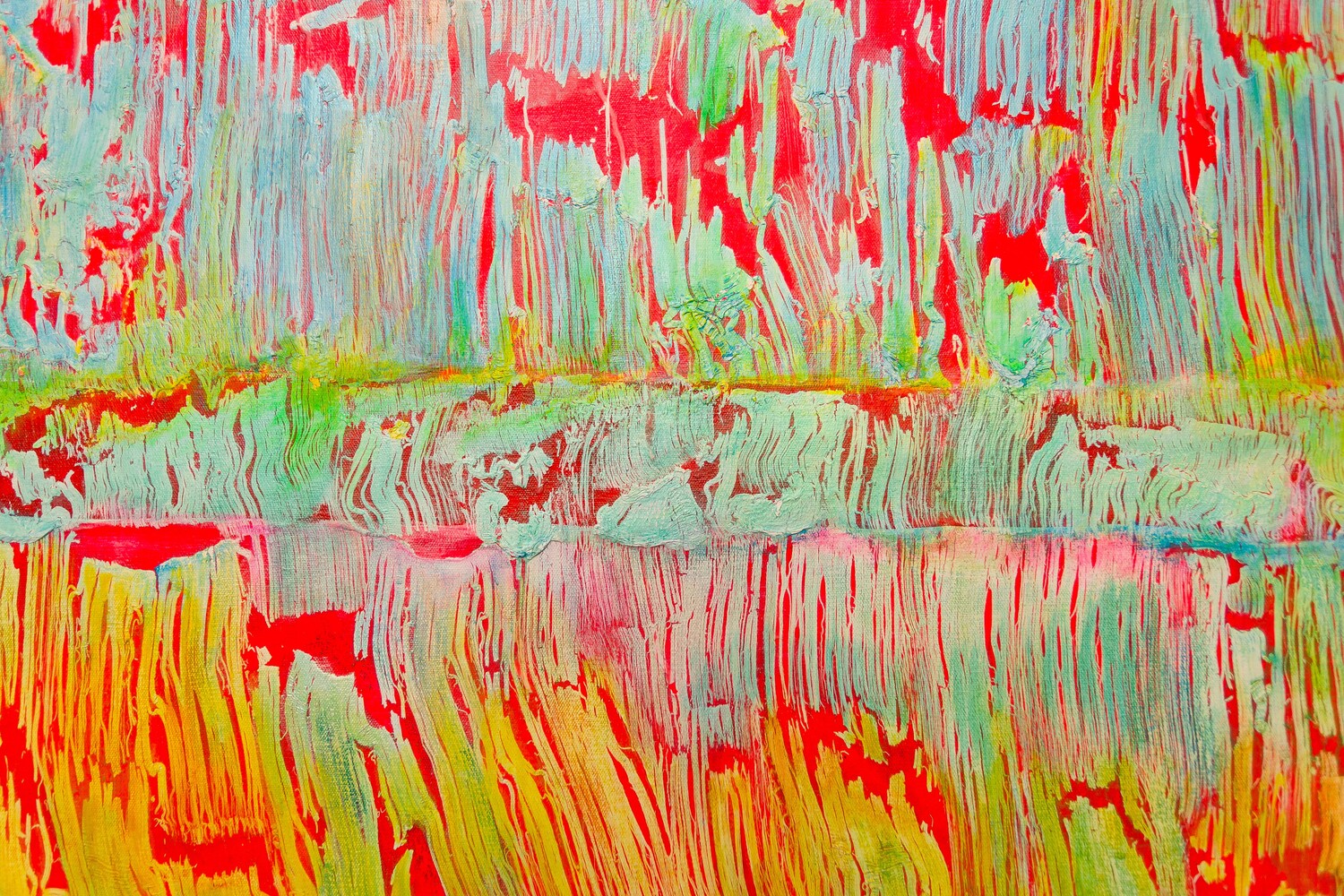 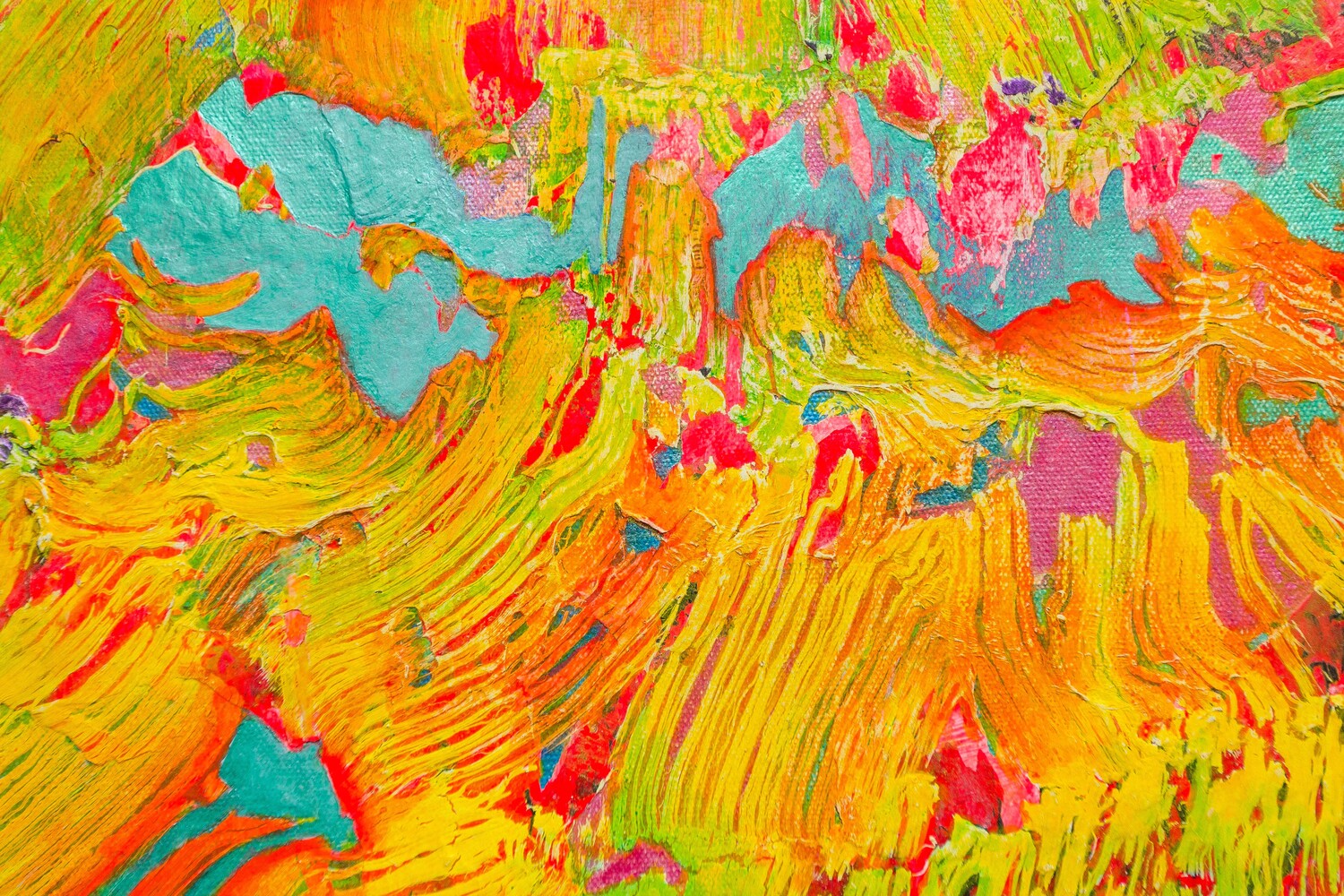 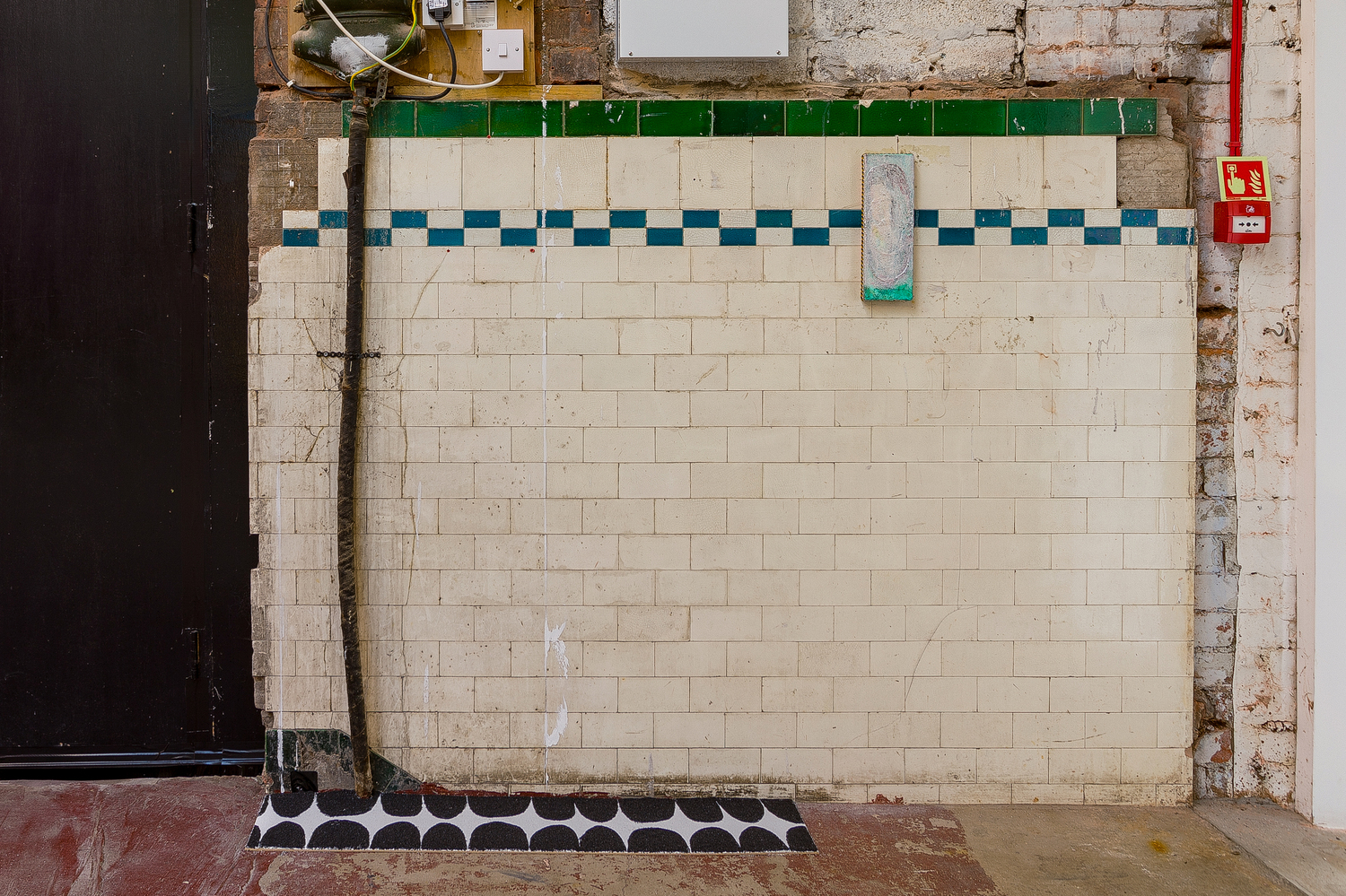 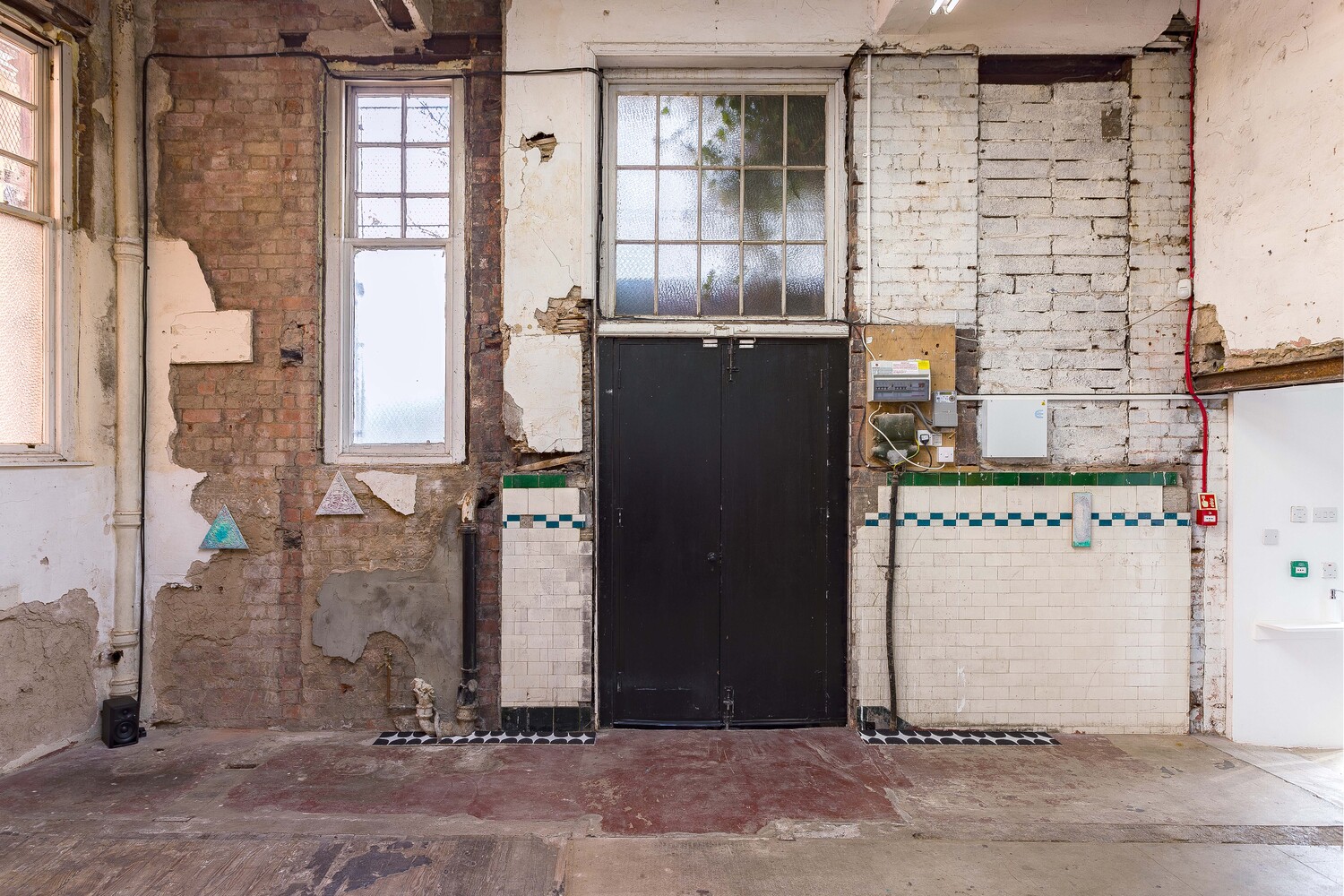 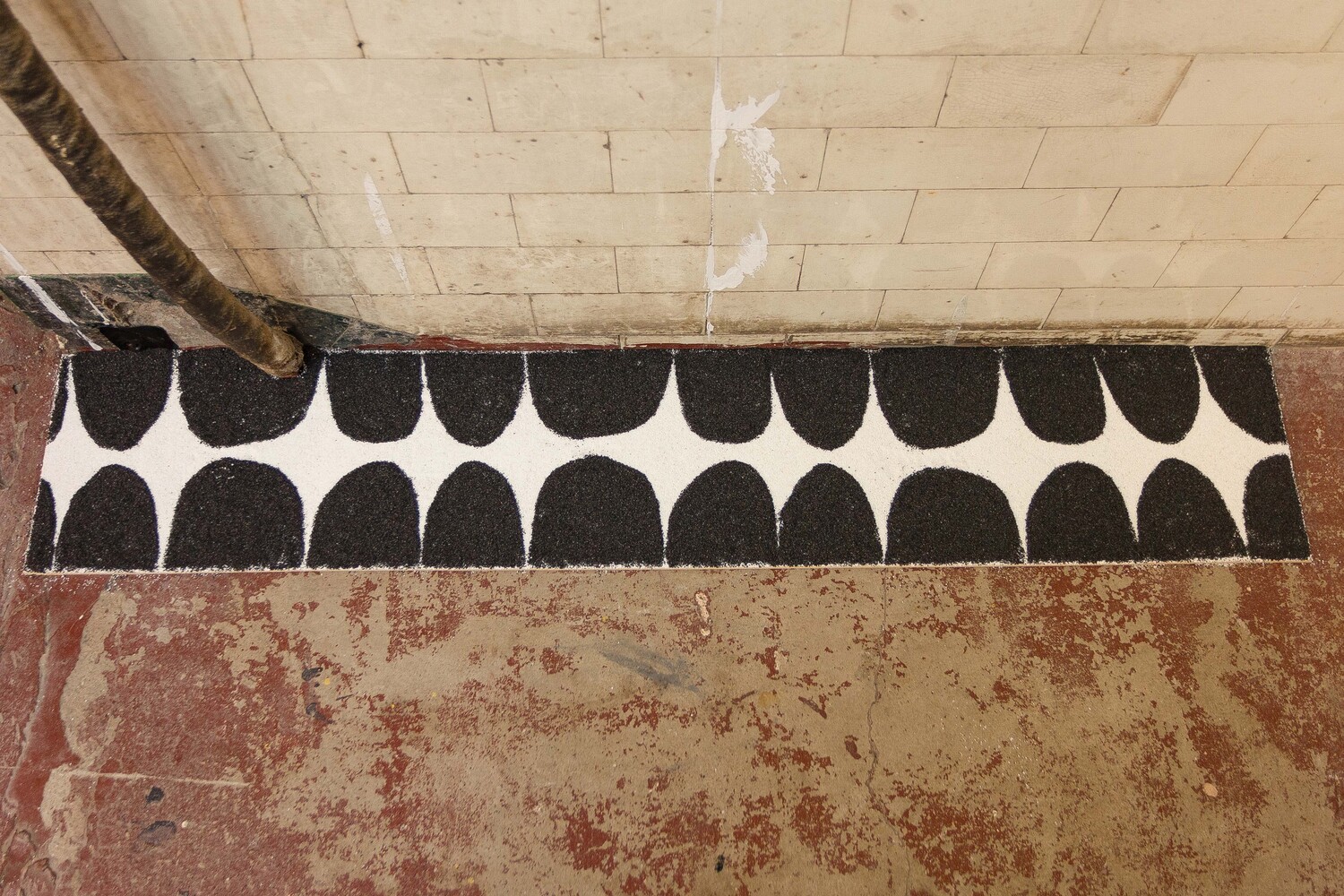 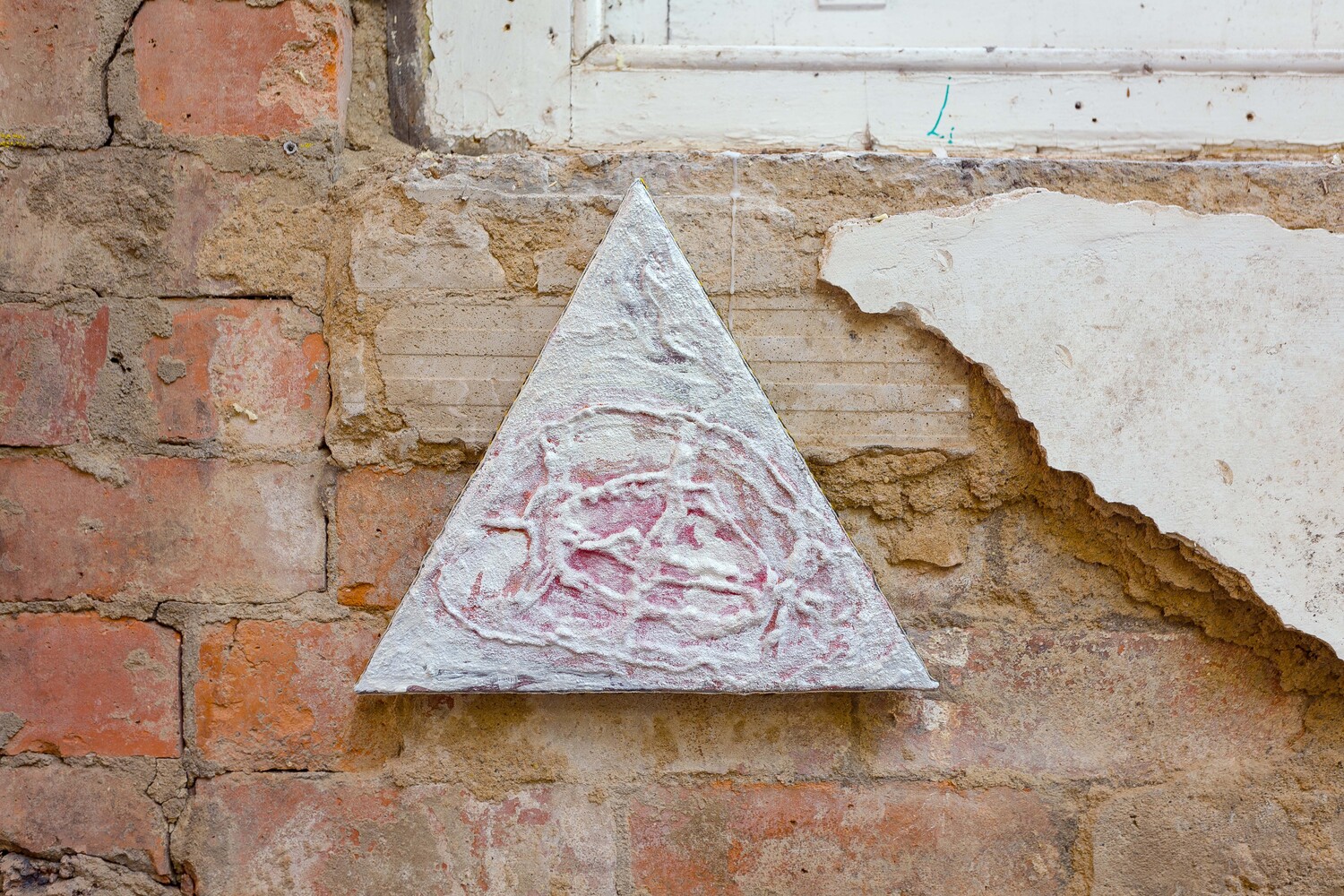 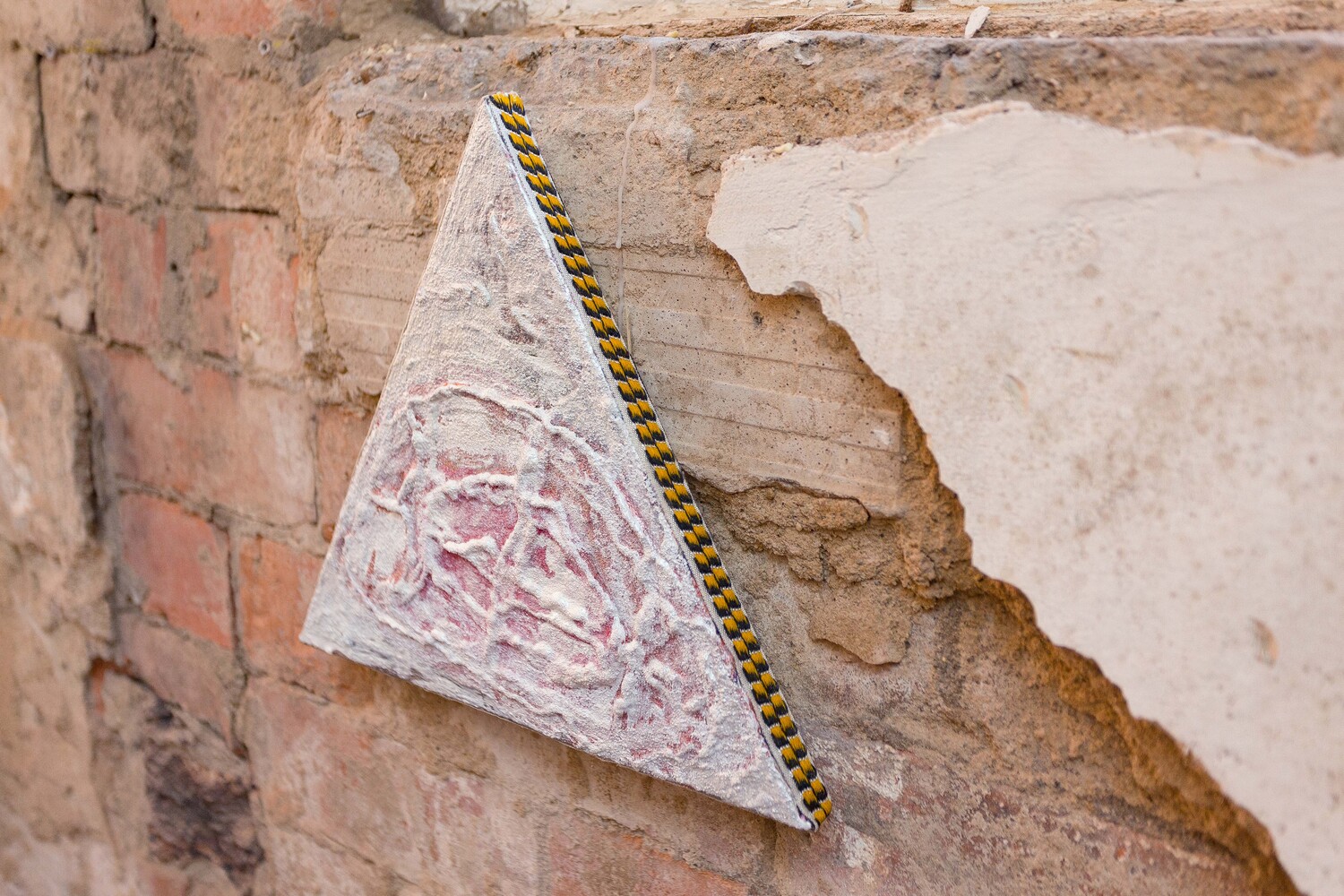 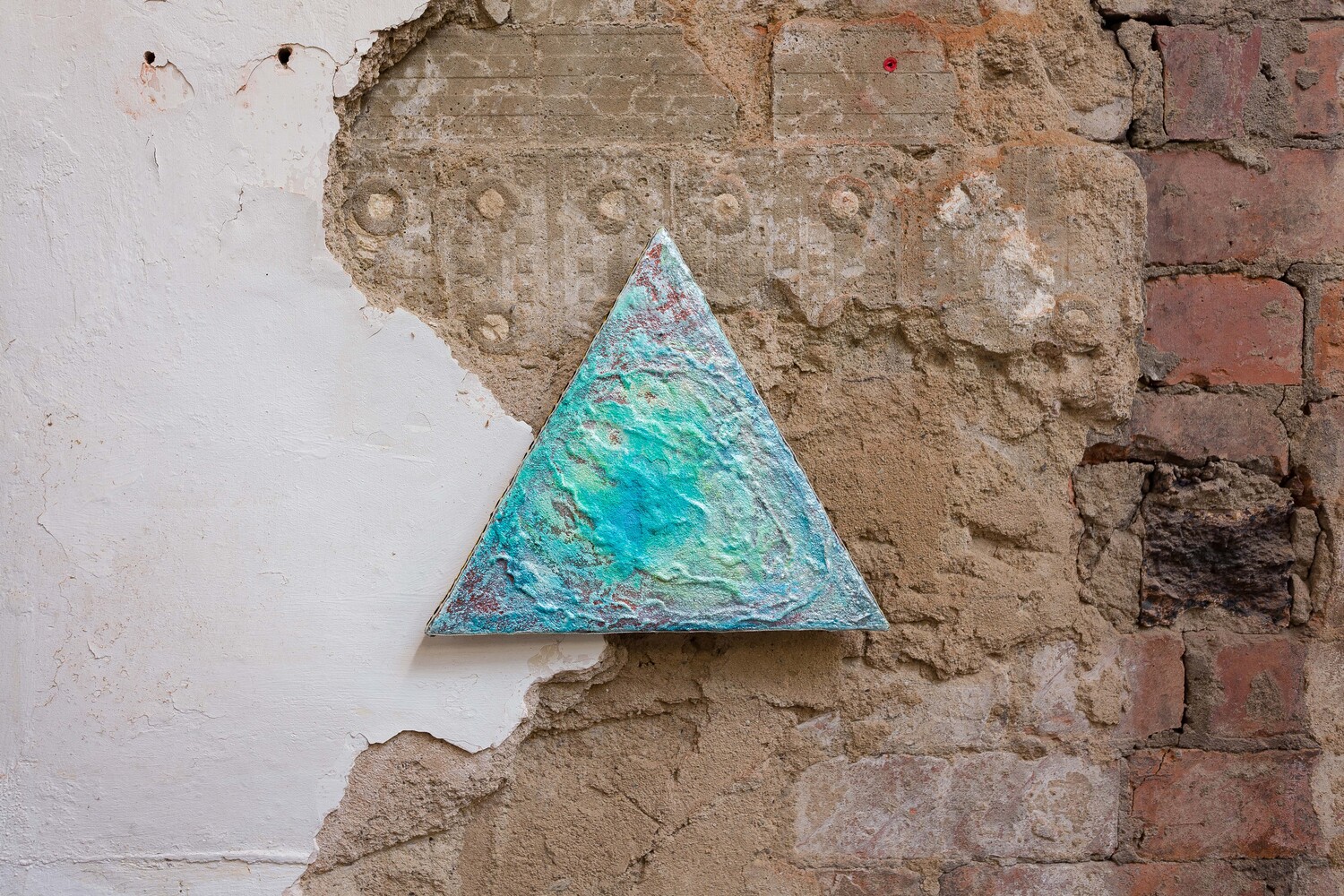 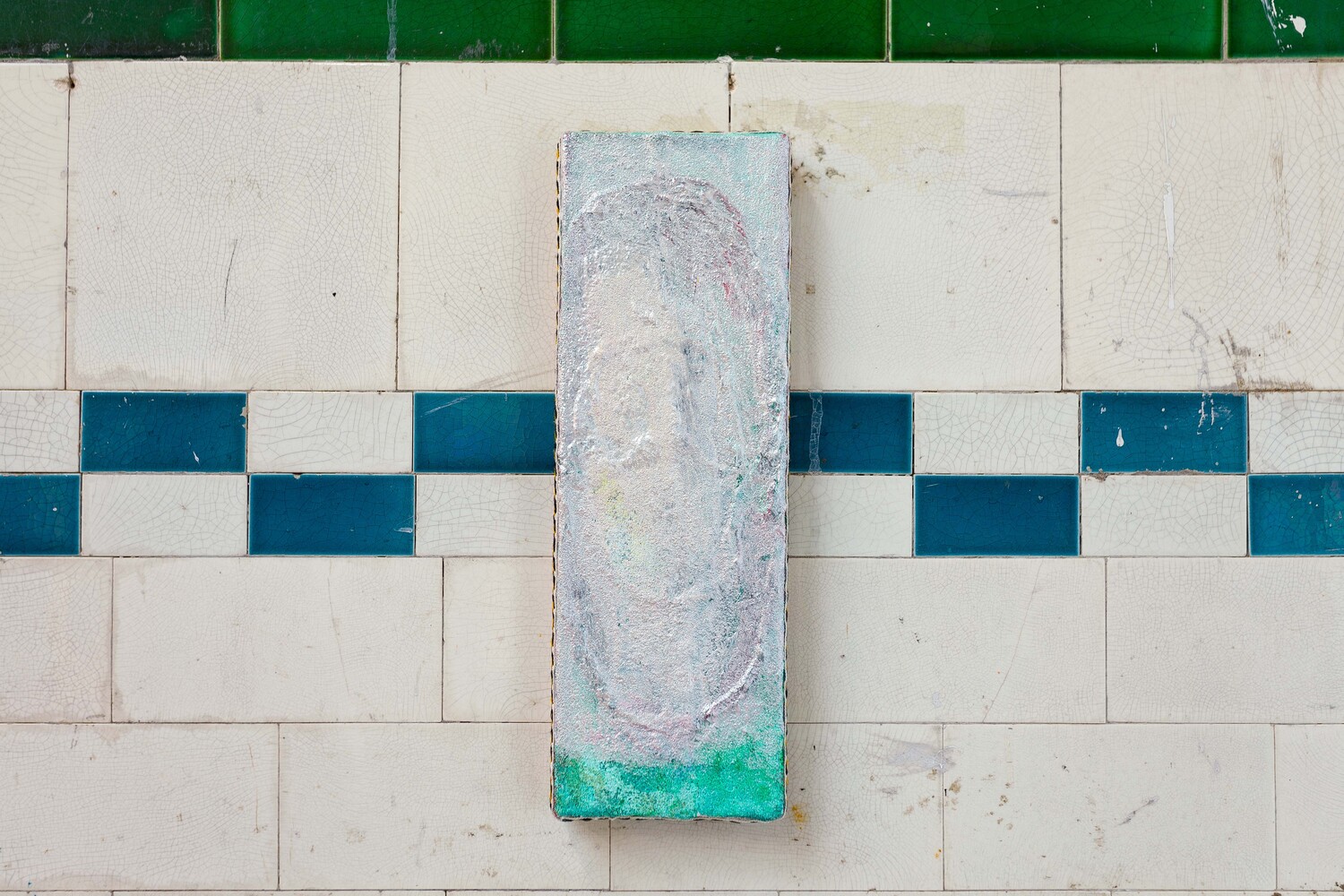 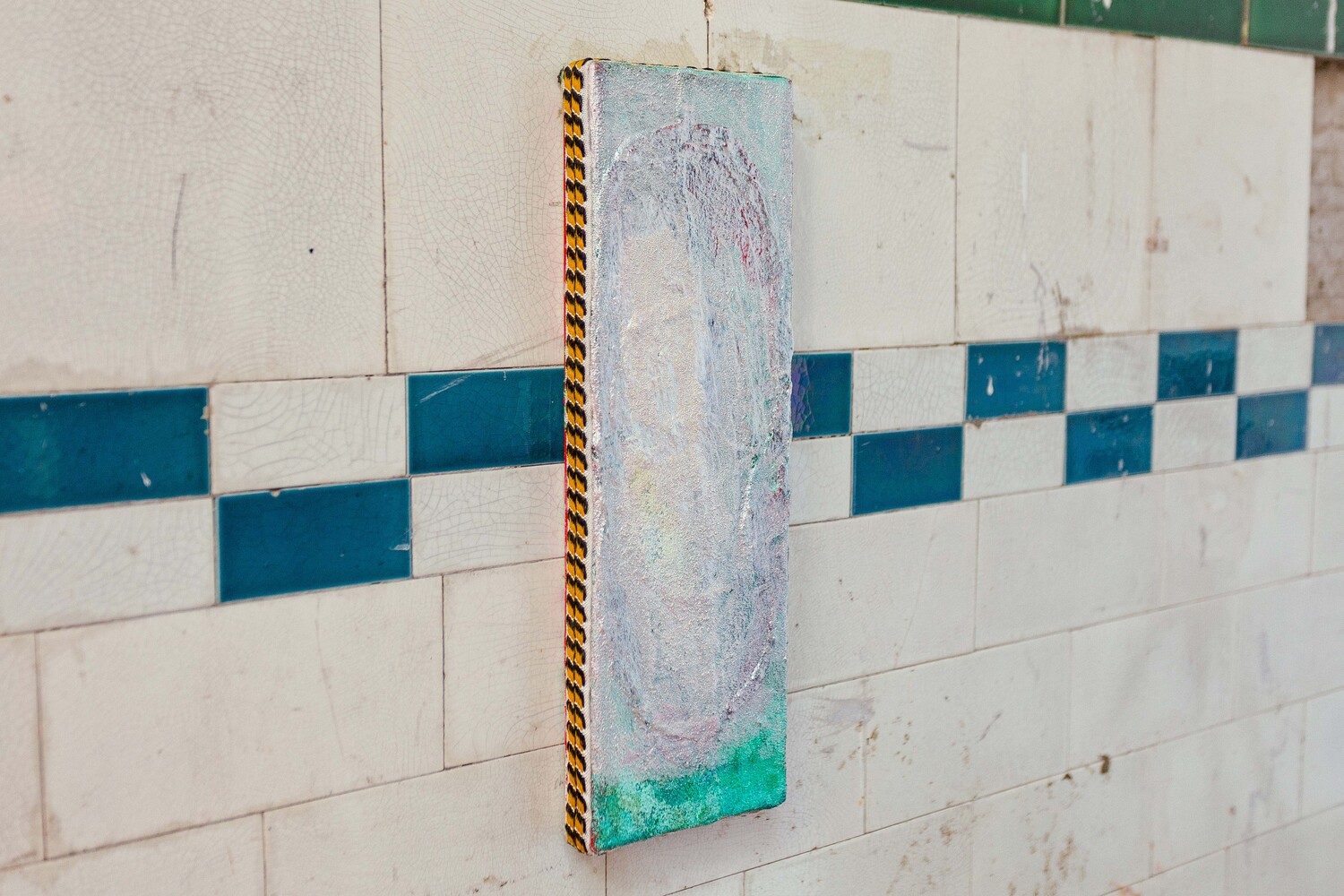