Luke Fowler Being in a Place

The Modern Institute presents Luke Fowler’s ‘Being in a Place: A Portrait of Margaret Tait’ alongside archival material of the late Margaret Tait. Using a collection of unreleased archival material and unpublished correspondence, the film is a homage to Tait's life honouring her art, and devotion to film as a poetic medium. The work encapsulates the process of filmmaking, accenting the strengths in her methods, the importance of fragmented bodies of works and the intrinsic value in failure.

Tait faced many prejudices and adversities in her lifetime as a female independent filmmaker, largely because of her singular practice and her stubborn refusal to conform to the trends and fashions of her day. Apart from Tait’s only feature length film ‘Blue Black Permanent’ (1992) and a Scottish Arts Council award for experimental film Colour Poems, Tait self-funded and self-distributed the other 31 films she completed in her lifetime.

‘A town is shaped by its commerce, its communications, worship, learning, pleasures, and, generally, by what people do. A child at school recites a speech from “As You Like It”, contents of shop windows meet the children running down from school. On “Kirking Sunday” the Town Council (of that time) come out by the side door of St. Magnus Cathedral. New council houses contrast with the old streets. And so on. Something of the shape of the place emerges.’

Margaret Tait on No. 2 Shape of a Town, Aspects of Kirkwall
The catalyst for Fowler’s film was the discovery of an unfinished script for a feature length film found amongst Tait’s archives, with the working title ‘Heartlandscape: Visions Of Ephemerality and Permanence’. The proposal was originally penned for Channel 4 in 1983 but was never completed. Within a single sheet of typed A4 (enlarged and displayed in the gallery) Tait’s outlines the films contents with a set of evocative chapter titles like: Garden Pieces, End of A Race/Start of a Show, Whiff Of Rust and Pictures of Orcadians.

The centre section of the film is perhaps the most detailed- the "Heartlandscape of Orkney" is the name she coined for the landscape she traversed on her daily drive to work, from her home in Aith to her studio, a former Kirk in Rendall. Tait was most fascinated by the variety of this terrain ranging from “peaty wilderness areas to prehistoric dwellings and signs of modernity" and of course the people who live and work on the land. In many ways the “Heartlandscape” could be viewed as a microcosm of Mainland Orkney.

As well as drawing connections between Fowler’s body of work and those which Tait articulated and at times wrestled with, throughout her lifetime. The exhibition offers a rare opportunity to capture the fleeting and enduring vitality of Margaret Tait’s vision, as one of the most important and singular figures in Scottish film culture.

Luke Fowler and The Modern Institute would like to thank Marian Taylor, Peter and Ann Tait, Pier Art Centre, the Orkney Library and Archive, Sarah Neely, Richard and Terry Demarco, NLS and Lux Scotland.
Luke Fowler Biography
Luke Fowler (Glasgow, 1978) is an artist, filmmaker and musician based in Glasgow. He studied printmaking at Duncan of Jordanstone College of Art and Design. His work explores the limits and conventions of biographical and documentary filmmaking, and has often been compared to the British Free Cinema of the 1950s. Working with archival footage, photography and sound, Fowler's filmic montages create complex portraits of counter-culture and other marginalised figures. Fowler was awarded the inaugural Derek Jarman Award in 2008 and was shortlisted for the Turner Prize in 2012 for his first feature film All Divided Selves. In 2019 he won Best Short film at both Glasgow Short Film Festival and Punto De Visto international documentary festival, Pamplona, for his film Mum’s Cards.

Margaret Tait Biography
Margaret Tait was one of Scotland’s most important female independent filmmakers; she died in her home town of Orkney in 1999 at the age 80. 2018 marked her centenary with a series of exhibitions and events taking place worldwide to broaden the distribution and appreciation of her work (MT100). Tait made one feature film in her life (Blue Black Permanent, 1992) but was best known for her short 16mm poem-films (or film-poems). It’s not surprising that she also wrote and published poetry and prose (publishing three volumes of poetry, a volume of short stories and a book for children). After studying with Roberto Rossellini at the Centro Sperimentale film school in Rome (1950-52) she based herself in Edinburgh where she ran the Rose Street festival - rubbing shoulders with the likes of John Grierson, Hugh MacDiarmid, Sorley Maclean and Norman MacCaig. She returned to her birthplace of Orkney in the late 60’s – which became the landscape and subject of the majority of her following films until her passing. 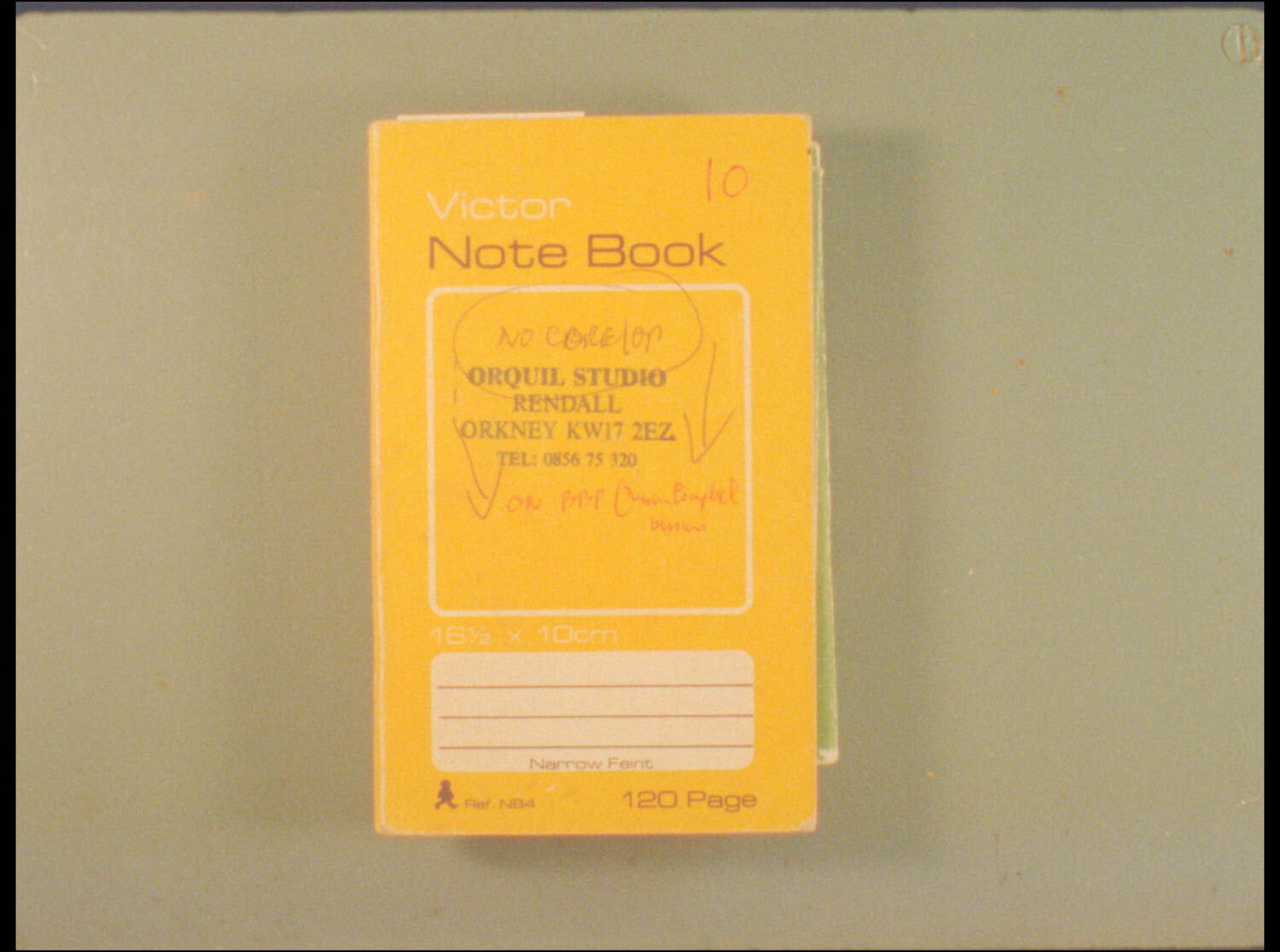 Enquire
Being in a Place – A Portrait of Margaret Tait, 2022