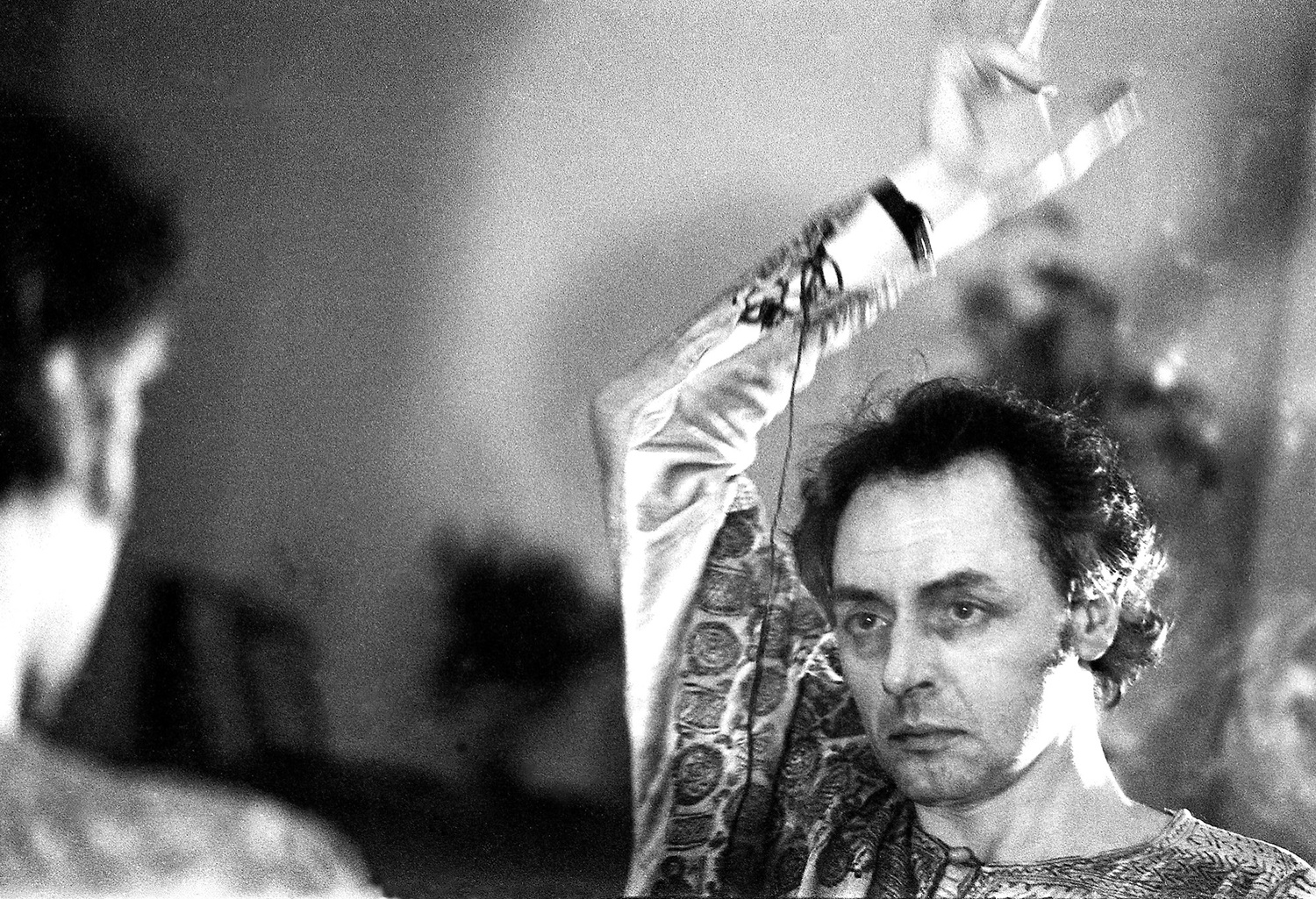 All Divided Selves (2011) marks the first feature length film by Luke Fowler. Following his celebrated works What You See Is Where You're At (2001) and Bogman Palmjaguar (2007), this is the third of Fowler's works to take up the legacy of radical psychiatrist R.D. Laing.

The social and cultural revolutions of the 1960s were spearheaded by the charismatic, gurulike figure of Glasgow born Psychiatrist R.D. Laing. In his now-classic text ‘The Politics of Experience’ (1967), Laing argued that normality entailed adjusting ourselves to the mystification of an alienating and depersonalising world. Thus, those society labels as ‘mentally ill’ are in fact ‘hyper-sane’ travellers, conducting an inner voyage through aeonic time. The film concentrates on archival representations of Laing and his colleagues as they struggled to acknowledge the importance of considering social environment and disturbed interaction in institutions as significant factors in the aetiology of human distress and suffering. All Divided Selves reprises the vacillating responses to these radical views and the less forgiving responses to Laing’s latter career shift from well recognised psychiatrist to celebrity poet. A dense, engaging and lyrical collage — Fowler weaves archival material with his own filmic observations — marrying a dynamic soundtrack of field recordings with recorded music by Éric La Casa, Jean-Luc Guionnet and Alasdair Roberts.

Film still from All Divided Selves, 2011
Martin Herbert
Undivided Attention: On the Art of Luke Fowler / 2012

Luke Fowler’s All Divided Selves (2011), a 90 minute film centring on the once-notorious ‘anti- psychiatrist’ R. D. Laing, divides documentary filmmaking against itself. Assembling archival footage of Laing, his critics, and his freewheeling treatment sessions, the Glasgow-based artist offers an intricate composite of clashing opinions and incompatible filmic registers, weights and counterweights. For seemingly every clip of Laing calmly unpacking his thoughts on, say, schizophrenia and the military- industrial complex to a (typically hostile) interviewer, there’s a fusty mainstream psychiatrist spewing scorn. If a stretch of footage features Laing’s patients taking a sanctioned ramble through mazy verbal abstractions or getting thumped on the back of the head by a group-therapy leader – Laing advocated such protocols in lieu of medication or conventional therapeutic methods – there’s also a dazed woman consulting a conventionally tweedy shrink. He exhorts her to take her medication until she says, in a defeated monotone: ‘OK, I’ll take the lithium.’ Laing is a visionary; he is an idiot. His methods ease suffering; no, they don’t. 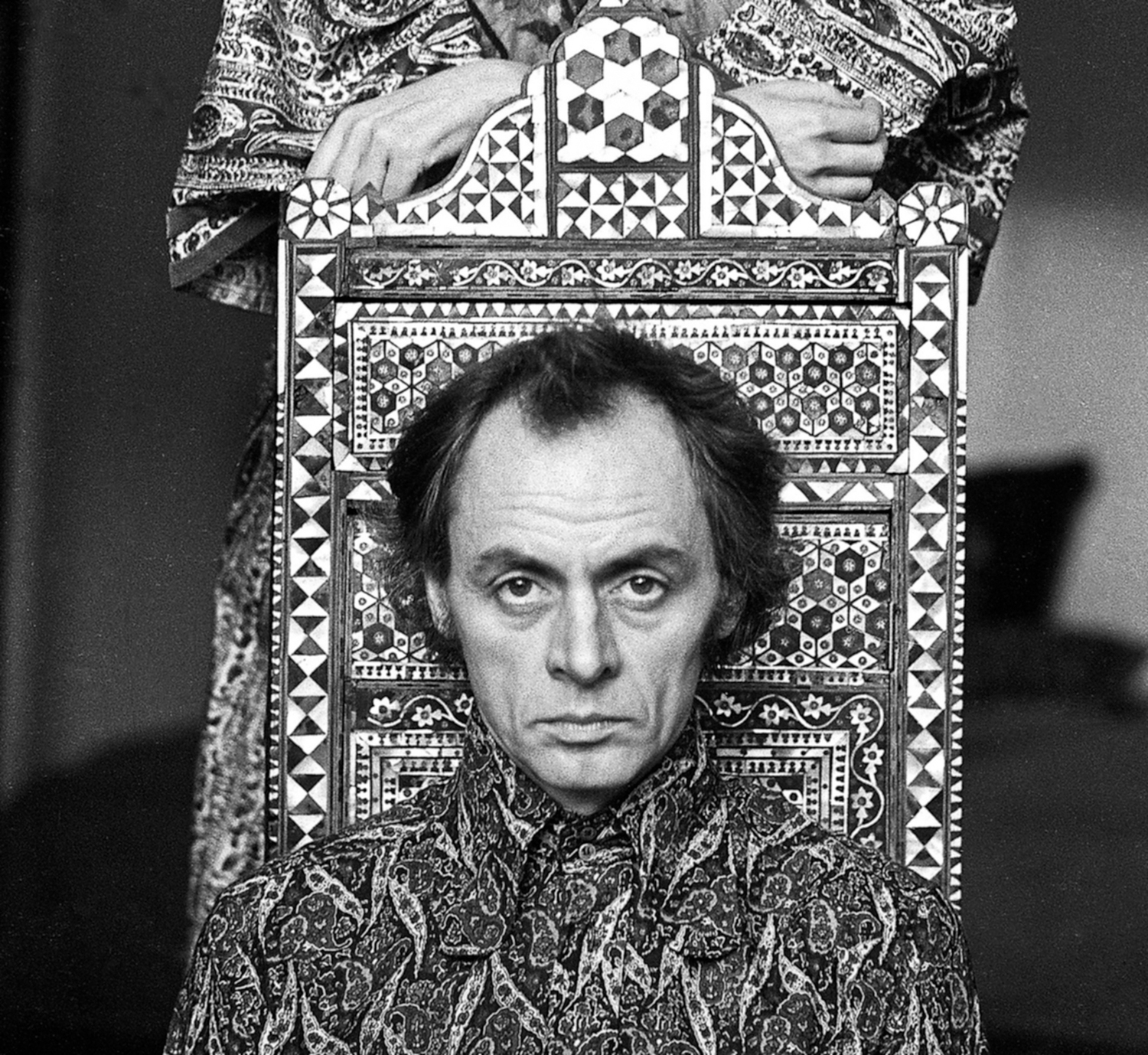 All Divided Selves, 2011 Photograph of R.D. Laing by John Haynes 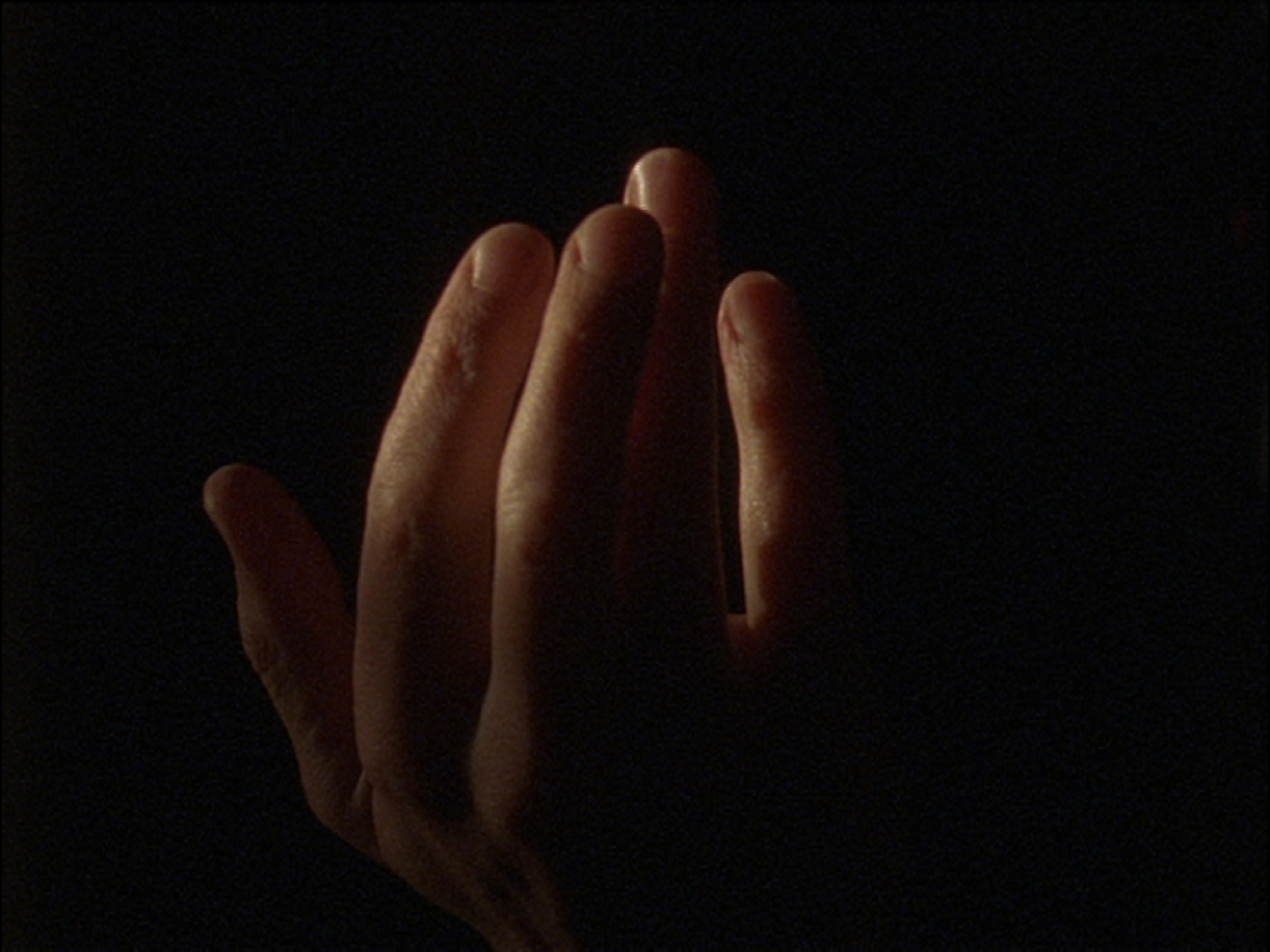 Film still from All Divided Selves, 2011
But even though the vintage footage is pieced into a linear chronicle of Laing’s darkly picaresque life (moving from the streets of Glasgow, where he was born, to London, where he founded his live-in therapy centre in the 60s, to even handed depictions of his later questionable forays into advice columns and poetry LPs), it is also intercut with another, non-archival kind of filmmaking. Culled from 16mm rushes shot by the artist over the course of two summers, this light-suffused secondary footage hews ardently to the natural world. Bugs struggle in soupy algae; sun dances on streamlets and on a wrinkled polyethylene bag in the back seat of a car. The stamens and pistils of plants shine greenly; bright colour washes over the screen in intermittent abstract bursts. Occasionally, the images chime cleanly with Laing’s own on-screen pronouncements and the film’s consideration of alternative approaches to mental illness. We see a cow being branded as Laing talks about how social ‘laws’ are implanted in individuals, and after glimpsing a page of a book about communism that a girl is reading while sunning herself on some rocks, we’re shown a swath of billowing red cloth. The presence of Fowler as filmmaker is emphasised: more than one shot features him, Bolex viewfinder pressed to his face, reflected in a rear-view mirror. But most of these interlaid vignettes are close-ups, magnifications of the richly changeable, sumptuously colourful texture of reality. It is hard to imagine how Fowler could more forcefully convey sheer presence and sensual immediacy – qualities in tension with, if not directly opposed to, the historicising impulse of documentary – via cinematic means. Affect and cognition collide.

In their collaborative 2008 work, B8016: Draw a Straight Line and Follow It, Fowler and sound artist Lee Patterson shot footage and made field recordings on a highway cutting across the isle of Islay in the Scottish Inner Hebrides, splicing the results into a contemplative 16mm film. In notes about the piece, the pair write that the project ‘shares concerns that are at the heart of both our practices: the art of observation – looking beneath the surface – and the art of collecting – reclaiming the undesired and overlooked’. The tension between these two concerns or, perhaps more precisely, the effort to bring them into some kind of consonance, however glancing or tenuous, is palpable in All Divided Selves and is crucial to Fowler’s larger ambit. For him, ‘the undesired and overlooked’ is a category that enfolds, and puts into improbably meaningful conversation, a certain kind of historical figure and the minutiae of the physical world, which Fowler views with a naturalist’s attentiveness. 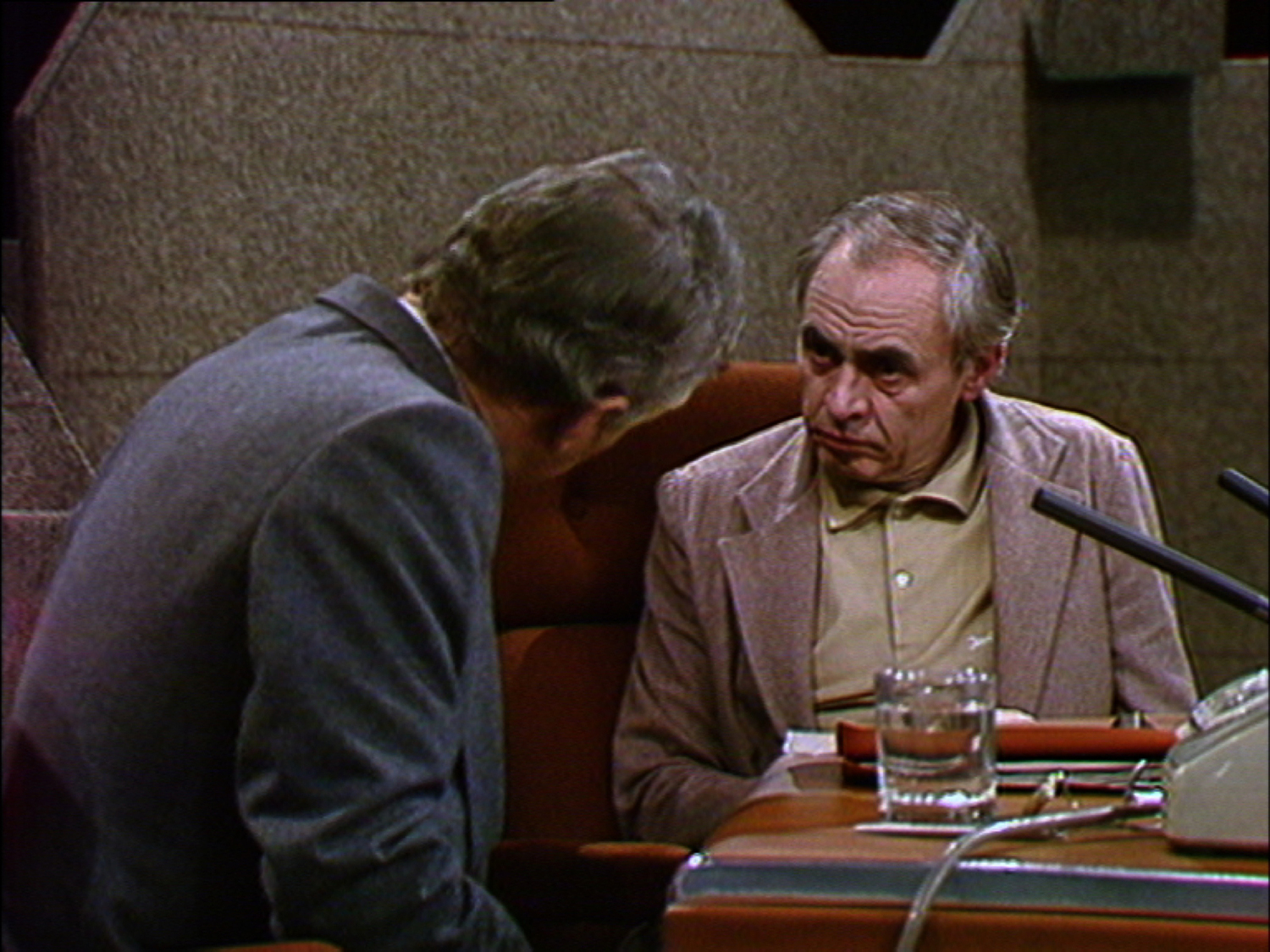 Film still of R.D. Laing and Gaye Byrne from All Divided Selves, 2011
Fowler made his first film on Laing in 2001, when in his early twenties. Titled What You See Is Where You’re At, it offers a look at the broken residents of an East London community centre used by Laing and others as a commune-like asylum for the schizophrenic. Ever since that project, the artist has been an inveterate comber of the celluloid and videotape archive. The snippets he collects have found their way into a number of works that focus on denizens of the political, cultural or social margins, with an emphasis on the problematic protagonists of the long 60s. […] 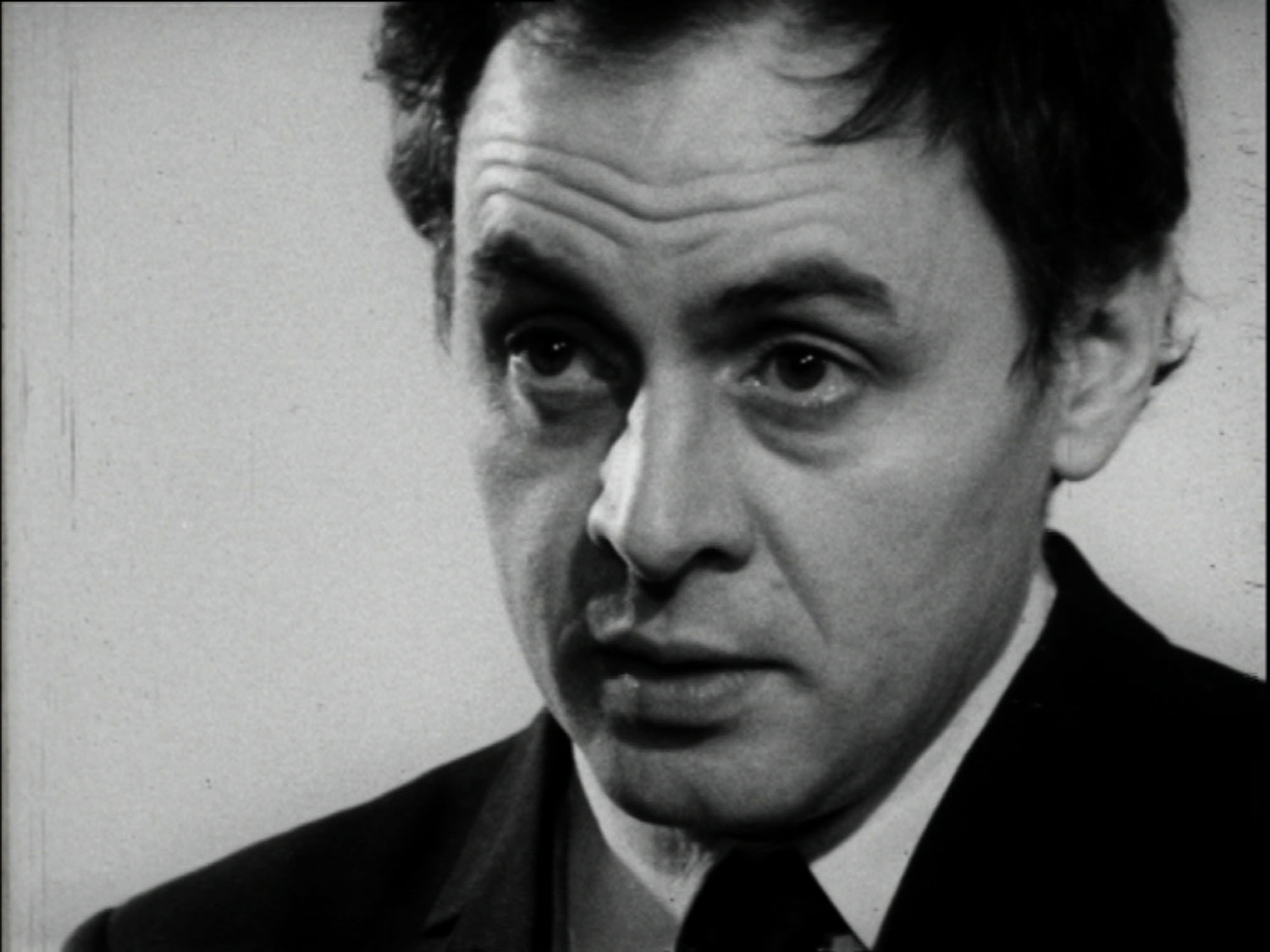 Film still of R.D. Laing from All Divided Selves, 2011
It’s important to note that romantic nostalgia is not the common denominator of these forays into the recent past. If anything, an ingrained anti-romanticism informs Fowler’s work. In an interview with Redler in 2000, he said: ‘First and foremost I was drawn to [Laing’s] experiment[s] because of personal circumstance, i.e., my own experiences of contemporary psychiatry [. . .] disillusion with the way in which my father was treated by the system, and an overall healthy, cynical attitude towards institutions.’ Beyond this hint of personal investment, one might say that Fowler’s interest here, as in much of his work, is in a group, a community – in this case, the mentally ill. While each of his films has a charismatic individual at its core, they are not lone heroic Rückenfiguren. Each is embedded in an improvised and often threatened microsociety. […]

One senses that for Fowler there’s a meaningful parallel between the micro-communities of his films and the micro-communities he himself is part of. Far from being merely an interested, Wire-browsing observer, Fowler has been a long-term participant in an experimental music scene that brings him into proximity with Jones and to Cardew’s living colleagues. He has been in two bands, Rude Pravo and Lied Music, and has run the small label Shadazz for more than a decade. He has also made films and installations with sound artists such as Patterson and Toshiya Tsunoda. Other projects, meanwhile, trace links within the particular microculture of Glasgow – climatically harsh, creatively nurturing, Fowler’s hometown as well as Laing’s. The Glasgow footage in All Divided Selves flips between grainy shots of the city as it was in Laing’s day and contemporary images – we see the exteriors of old tenements and their relatively cleaned-up contemporary interiors, including what is presumably Fowler’s office, with its slimline Mac. We could – and the film seems to imply we should – map Laing himself onto the same network that connects Fowler to the four subjects of his quartet of 16mm shorts, Tenement Films (2009), which were shot in an apartment building that Fowler lived in for eight years. […] One way to understand his appearances in his own films as a filmmaker, camera in hand – in All Divided Selves, for example, or in several shots in Tenement Films – is as instances of reflection on what Fowler calls ‘our relationships together’. […]