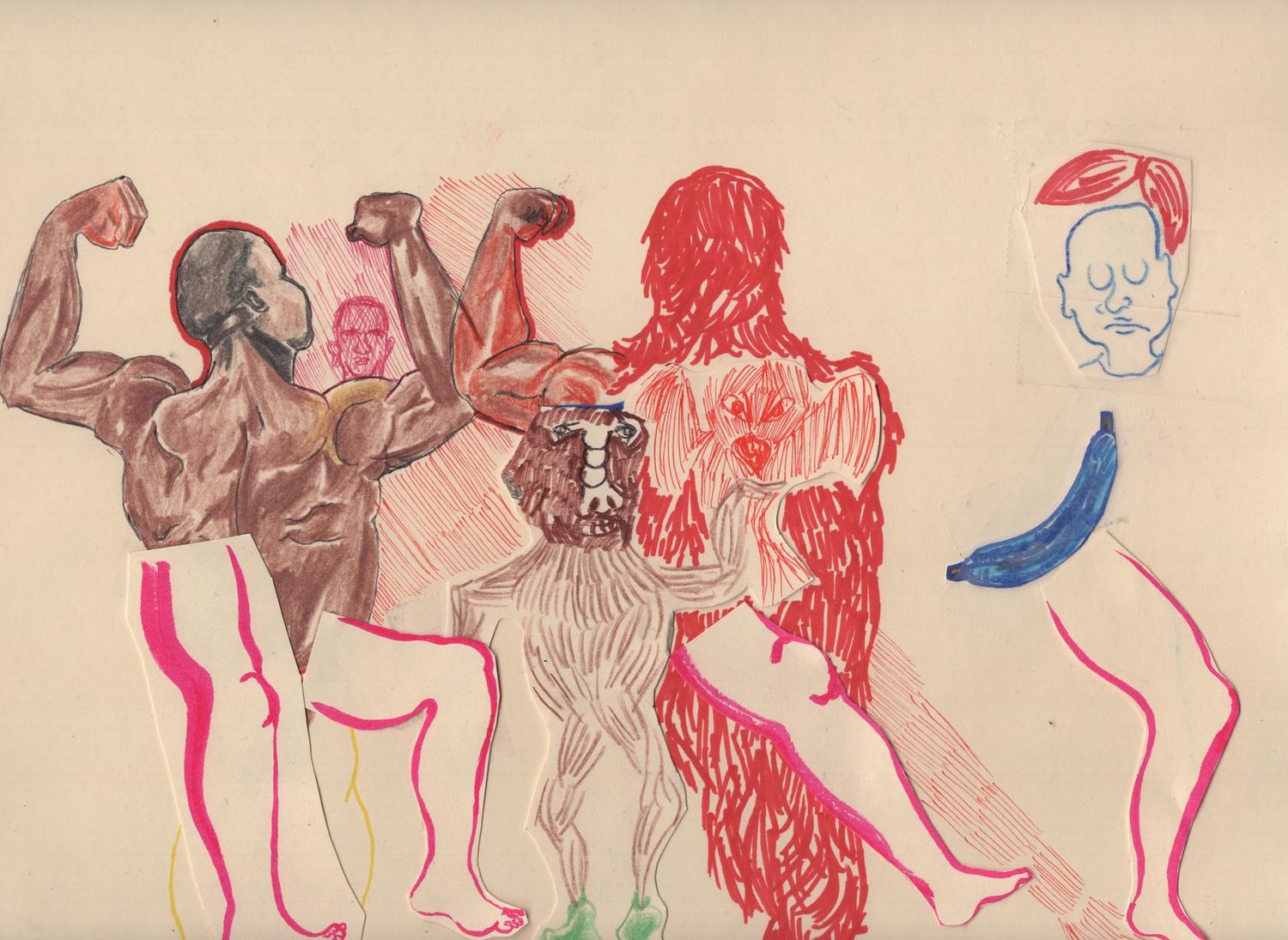 Show Muscle, 2020, Colour pencil, collage, marker, graphite, scotch tape, and double sided tape on paper, 22.9 x 30.5 cm, 9 x 12 in
Walter Price’s drawings function like well-laid traps. Populated by a host of madcap characters, including musclemen, demons and dancers to name but a few, they actively encourage viewers to find a cohesive narrative in their depicted scenes, only to thwart any attempt to do so. For his own part, Price is reluctant to offer explanations. “I think people want answers too easily,” he says. “They just want you to tell them what the work is about.”

According to the Georgia-born, New York-based artist, these figures don’t evolve according to a consistent plan. Depending on the moment, he might pull a body position from a photograph à la Peter Doig, take something from deep within his own imagination or reference a political event “with crazy twist on it just to fuck with you.” Often developing from a single mark, colour or idea, these works can also be seen as purely formal exercises. Using his drawing practice as a space for experimentation, Price balances figuration with moments of pure abstraction. “They’re trying to work against each other but in harmony,” he explains of these opposing tendencies. “It’s pretty much like trying to do the salsa and jazz dance at the same time.”

Made entirely during quarantine, the drawings brought together for this digital showcase are arguably heavier and more politically charged than ever before. In Feelings are not facts, for instance, a small group of people tower over a fourth figure who is huddled on the ground. Rendered with ink and a sharpie pen, their disapproving glares and pointed fingers bring to mind recent instances of white people policing the behaviour of African-Americans in public spaces, such as the case of a white woman who called the police on a black bird-watcher in Central Park after he asked her to put her dog on a lead. Although Price isn’t directly influenced by one news story or another, the free way in which he works—“I just go with the flow”—suggests that, at least subconsciously, each drawing can be seen as an expression of what he is feeling and thinking about in a given moment.

This makes some works harder to decipher than others. Is that Donald Trump being fed a piece of white bread and an almond in Here take this (May 14th), and if so, why? Here, as in all of his images, Price privileges “weirdness” over narrative legibility. “As a black man,” he explains, “people often expect something more direct from me and I love to go against that.” White viewers such as myself, particularly those based outside of the US, might be left wondering which gaps in understanding are the result of deliberate obtuseness on the part of the artist or their own ignorance of African-American history and culture. Ultimately, though, what’s left is the vibrancy of Price’s mark making. “The narrative pulls you in,” he says, “but it’s the rhythm and movement that hold you there and take you where I want to go.”


Chloe Stead is an artist, writer and critic based in Berlin. 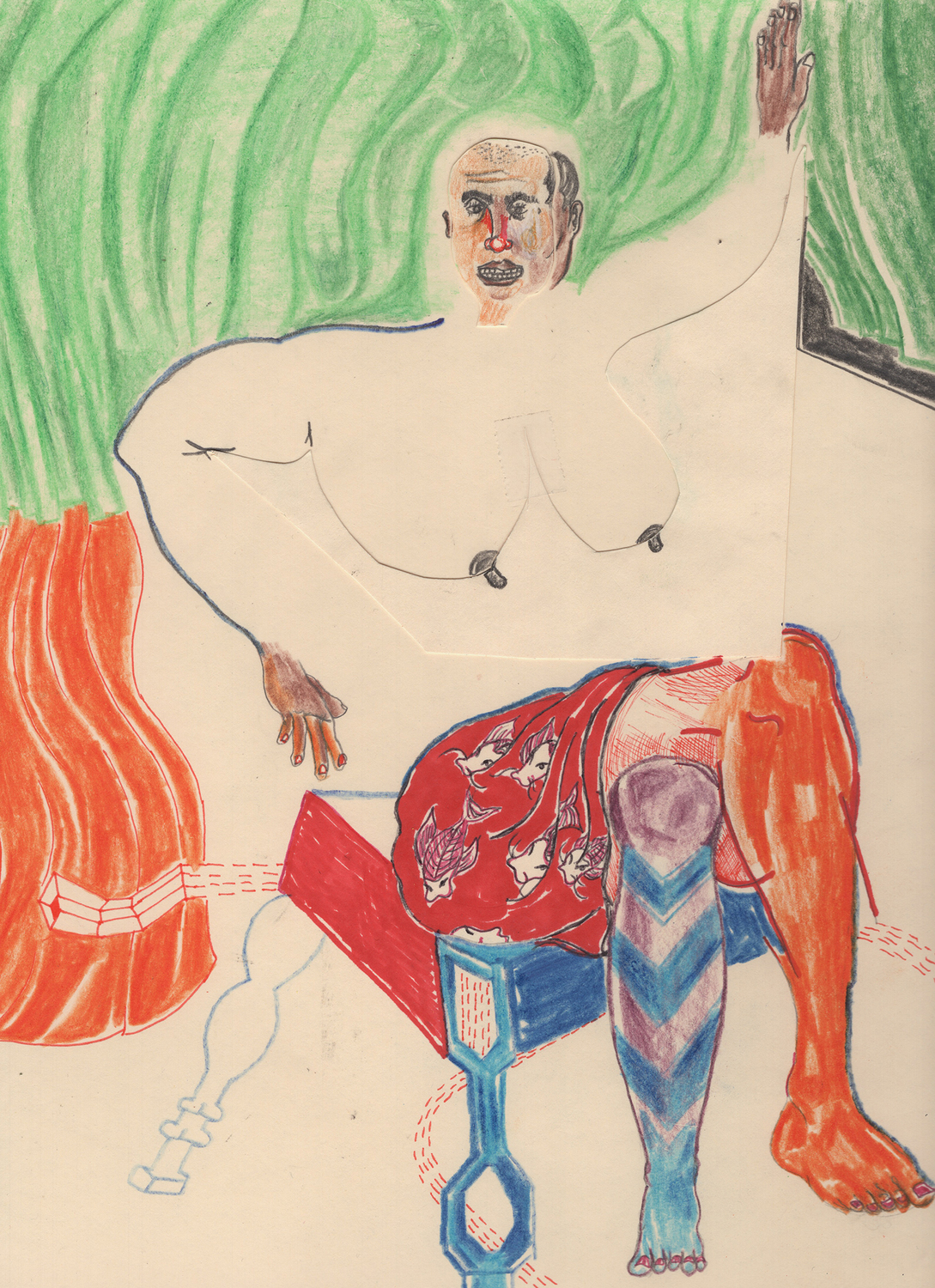 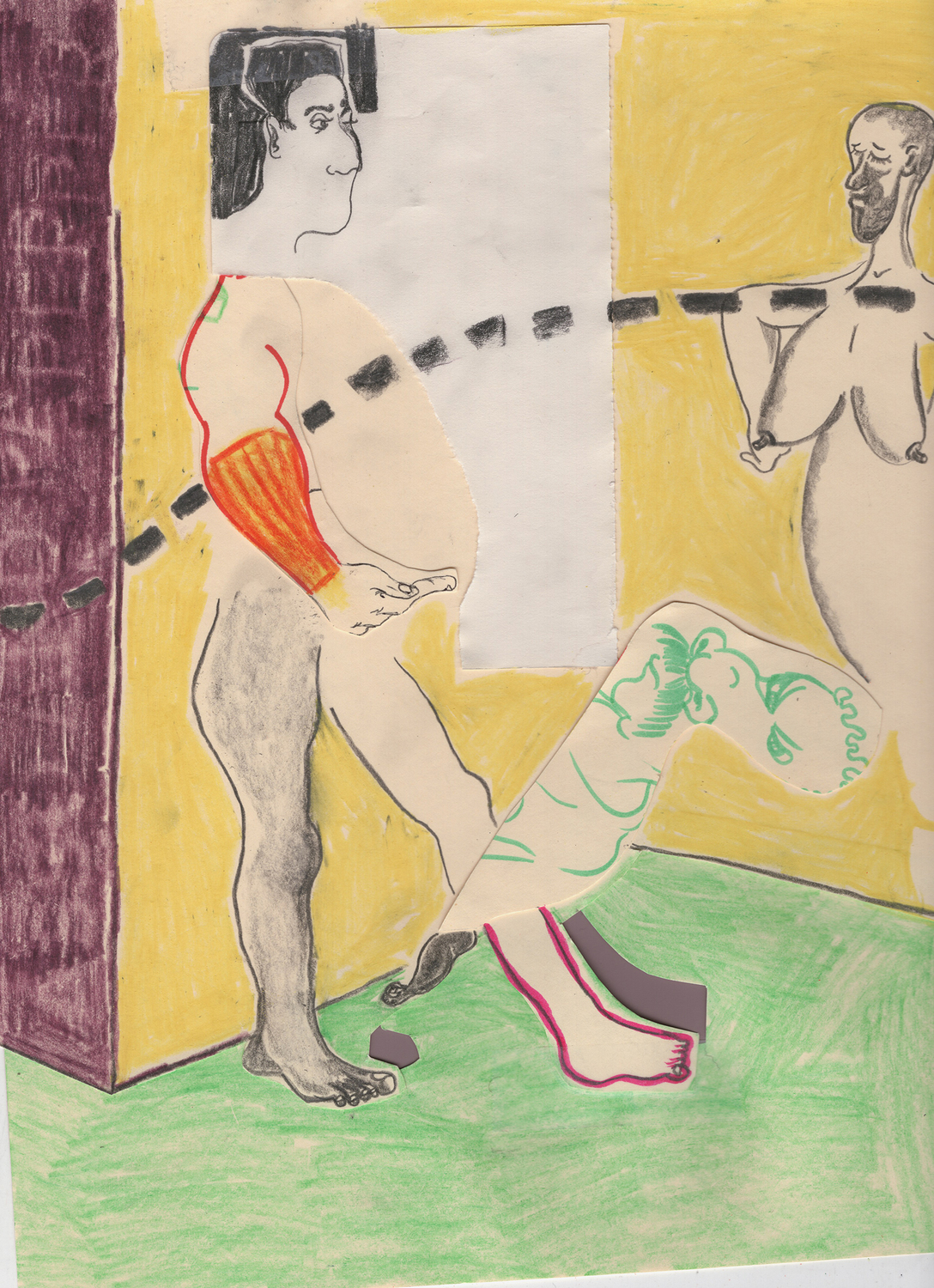 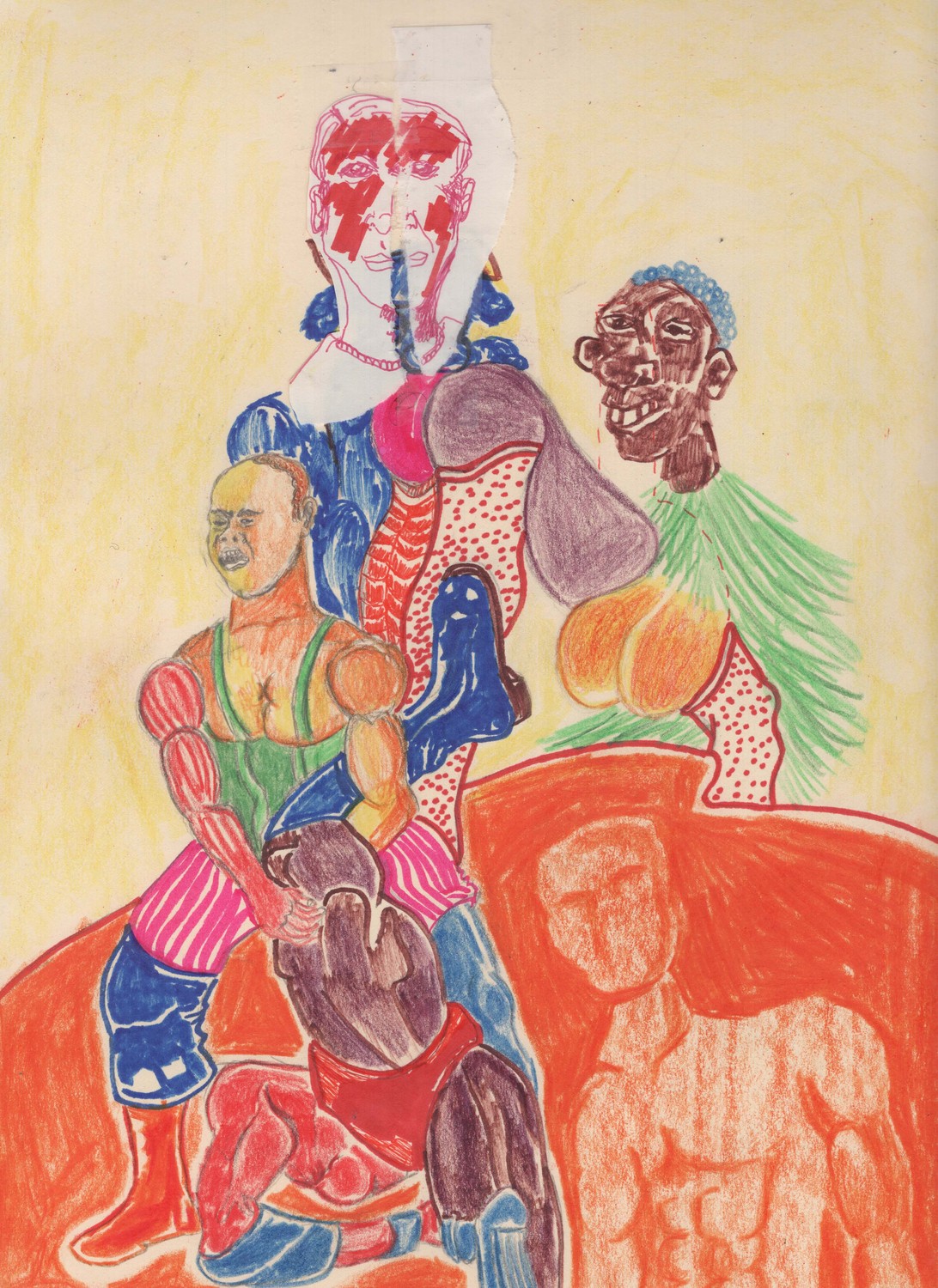 Circus, 2020, Color pencil, scotch tape, double sided tape, sharpie, and graphite on paper, 22.9 x 30.5 cm, 9 x 12 in
Walter Price (b.  , Macon, Georgia) lives and works in New York. Since graduating from the Art Institute of Washington in 2011 and Middle Georgia College in 2014, he been the subject of numerous solo exhibitions, and has participated in group exhibitions internationally. Recent institutional solo presentations include 'We passed like ships in the night’, Aspen Art Museum, Aspen (2019); MoMA PS1, New York (2018) and ‘Pearl Lines’, Kölnischer Kunstverein, Cologne (2018). He has two solo exhibitions with The Modern Institute (2016 and 2018).

Price participated in the 2019 Whitney Biennial, New York, ‘FRONT International: Cleveland Triennial for Contemporary Art’ in 2018 and has been included in group exhibitions of the likes such as ‘Fictions’, The Studio Museum Harlem, New York Museum of Contemporary Art Detroit, Detroit and ‘Americans 2017’, LUMA Westbau, Zurich (all 2017).

Most recently, Price has undertaken a residency at Camden Arts Centre , London in January and February of this year, and will open his third solo exhibition with The Modern Institute in November this year. 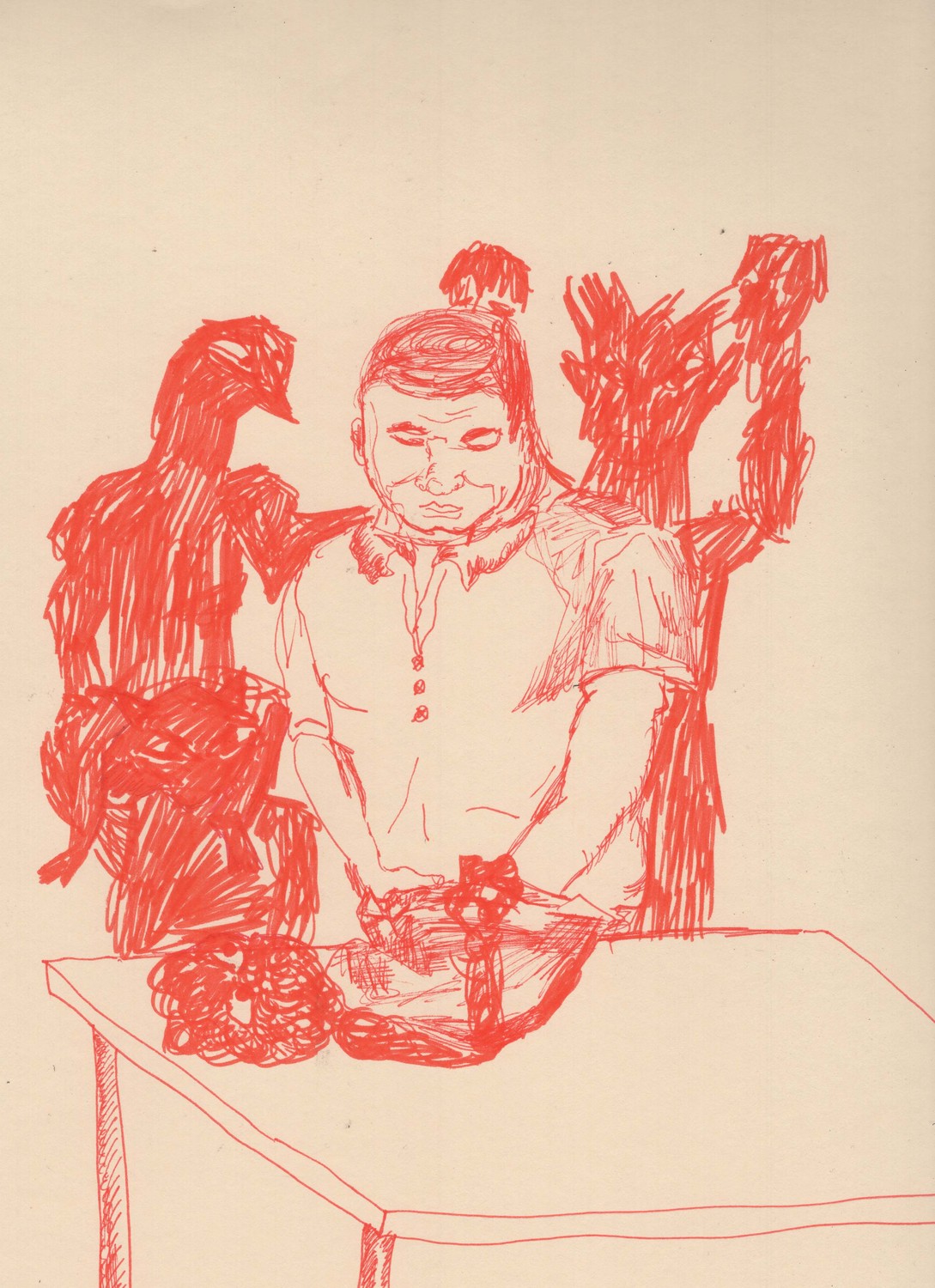 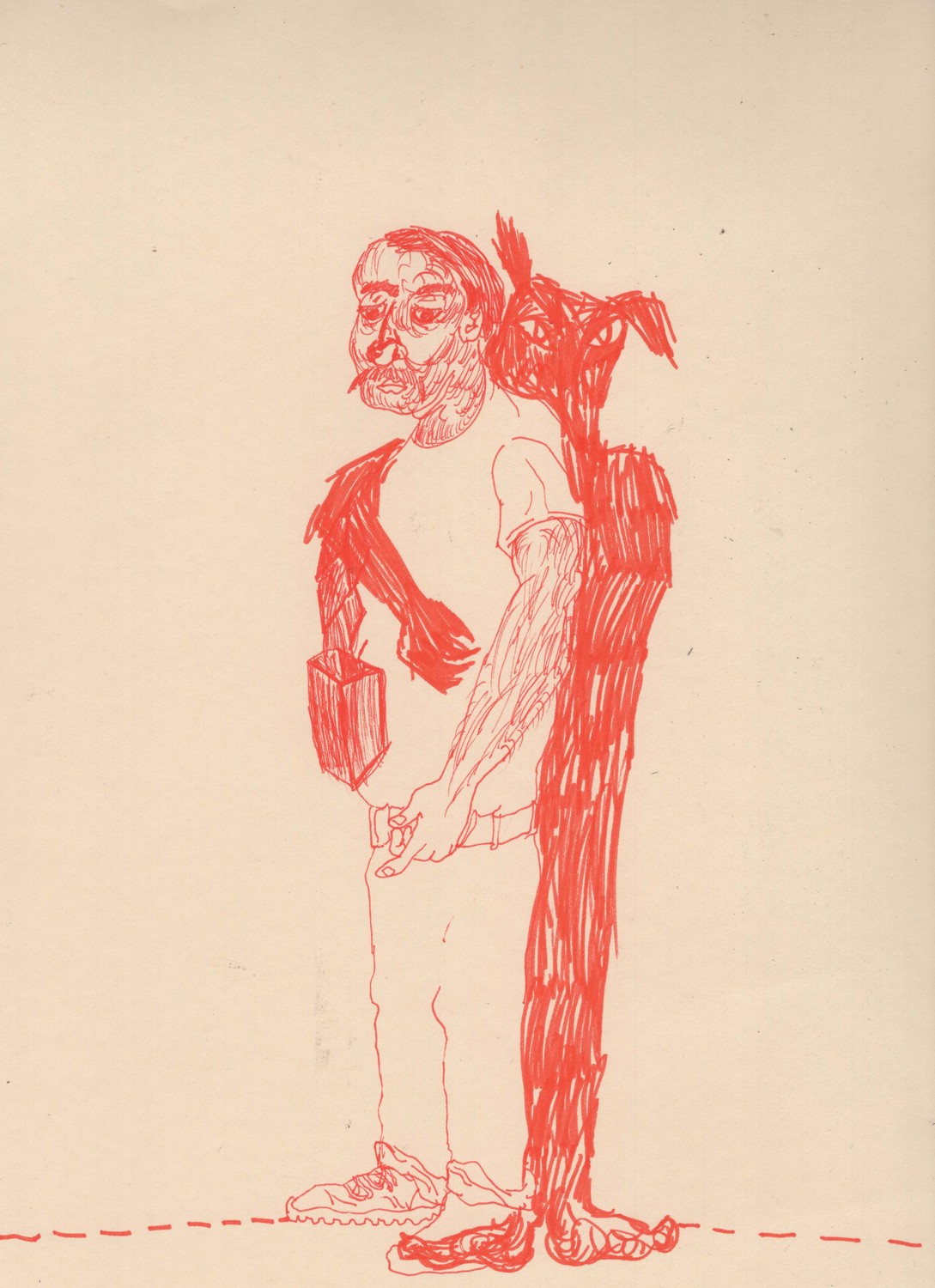 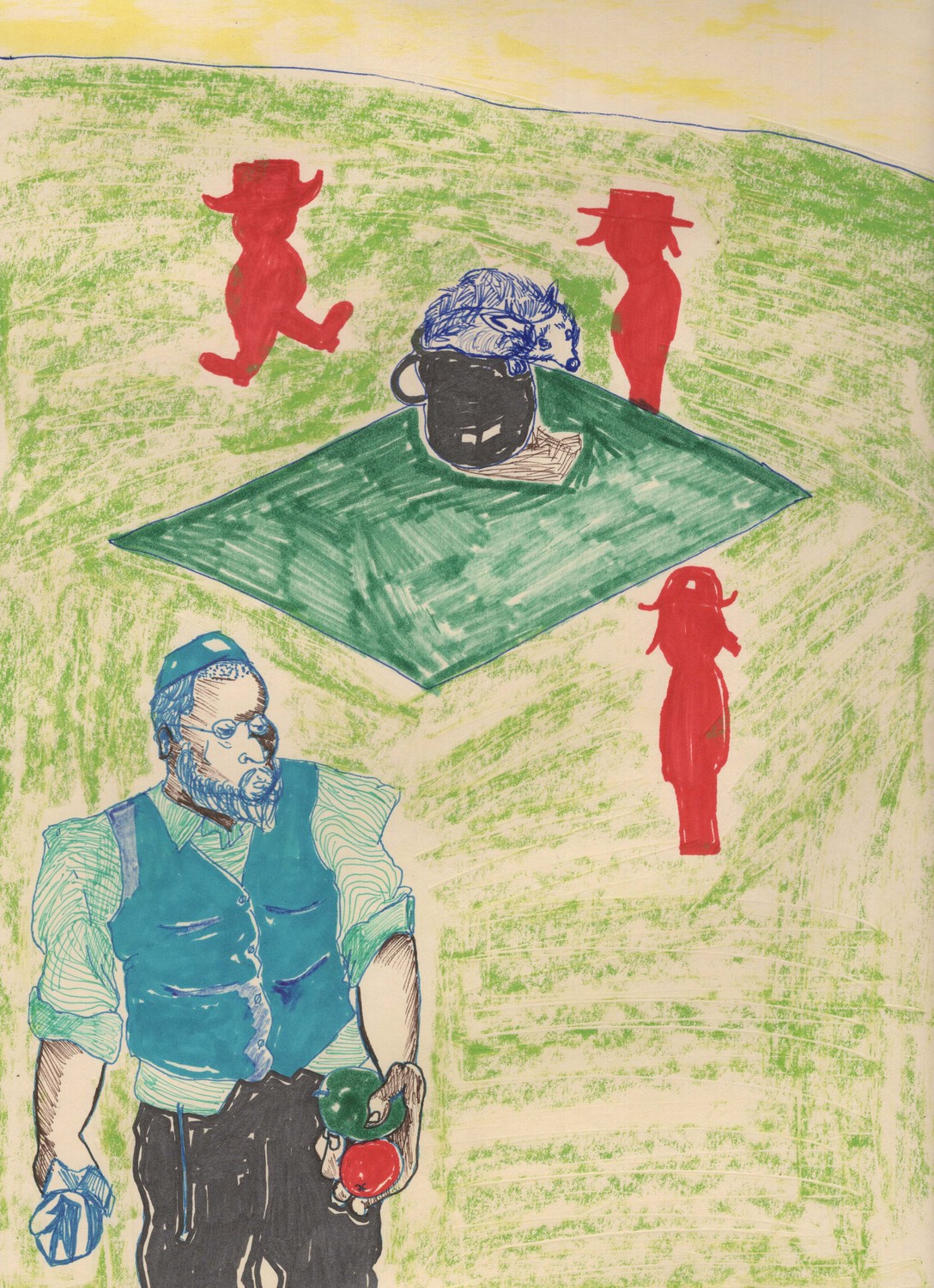 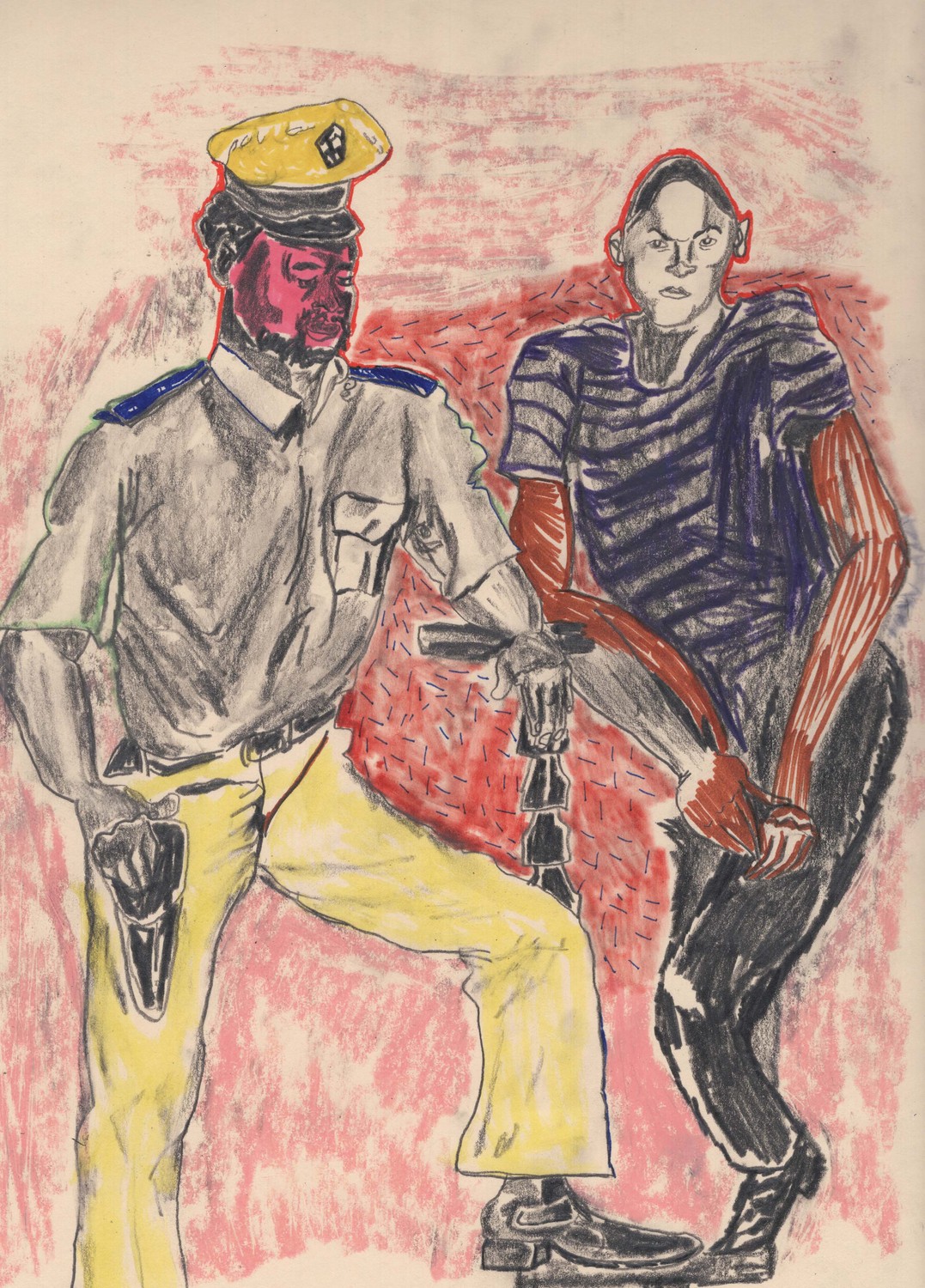 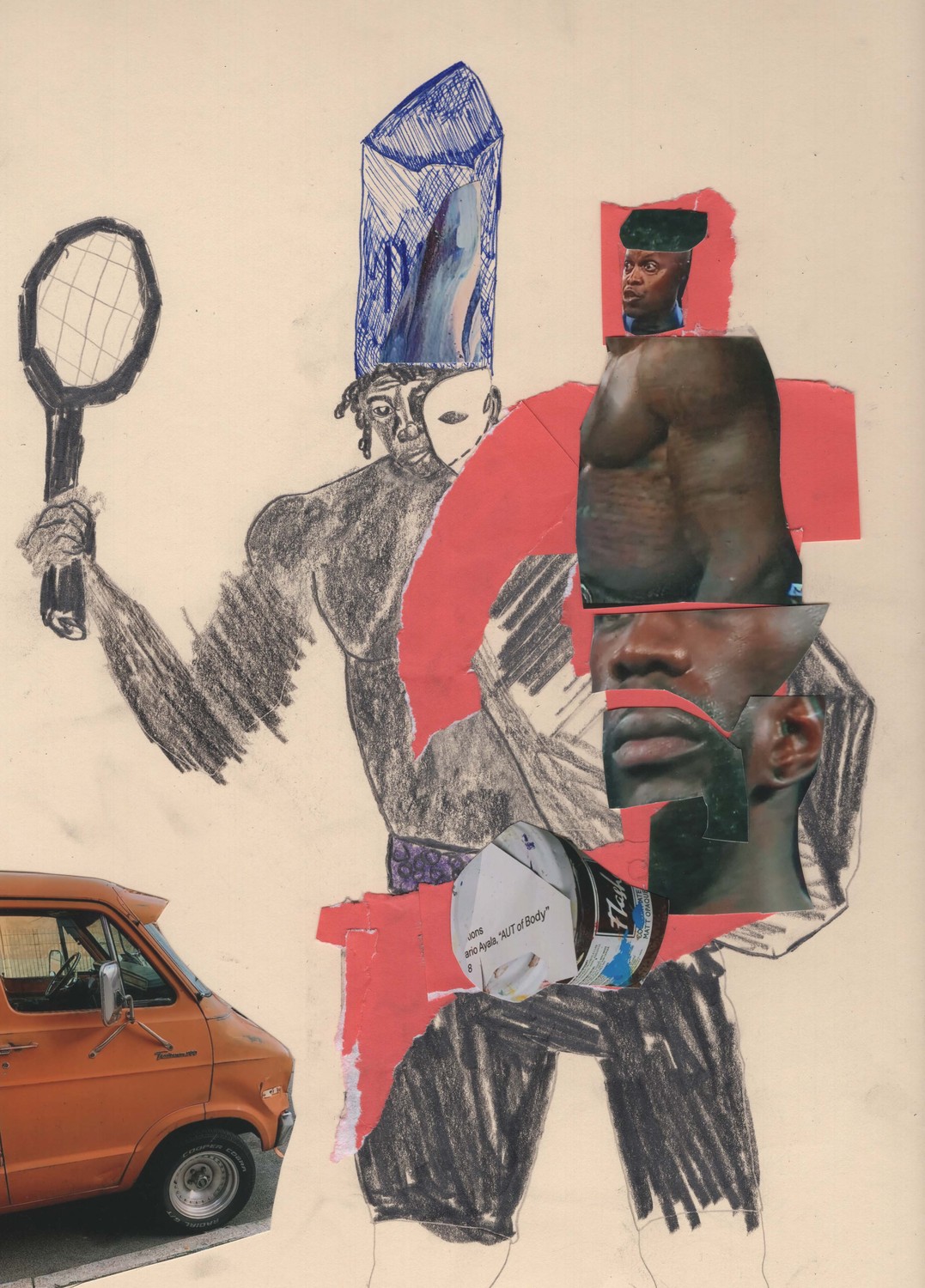 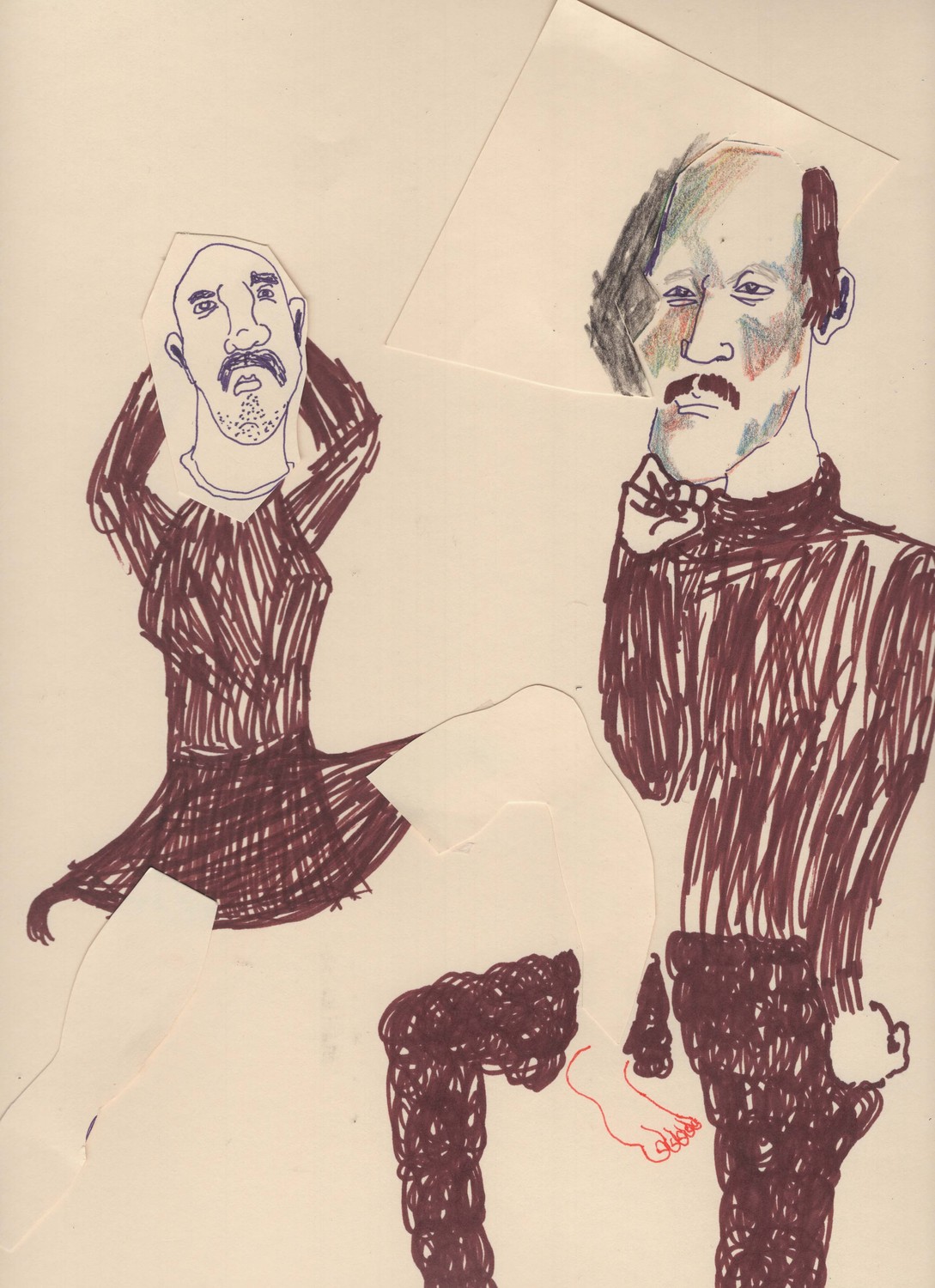 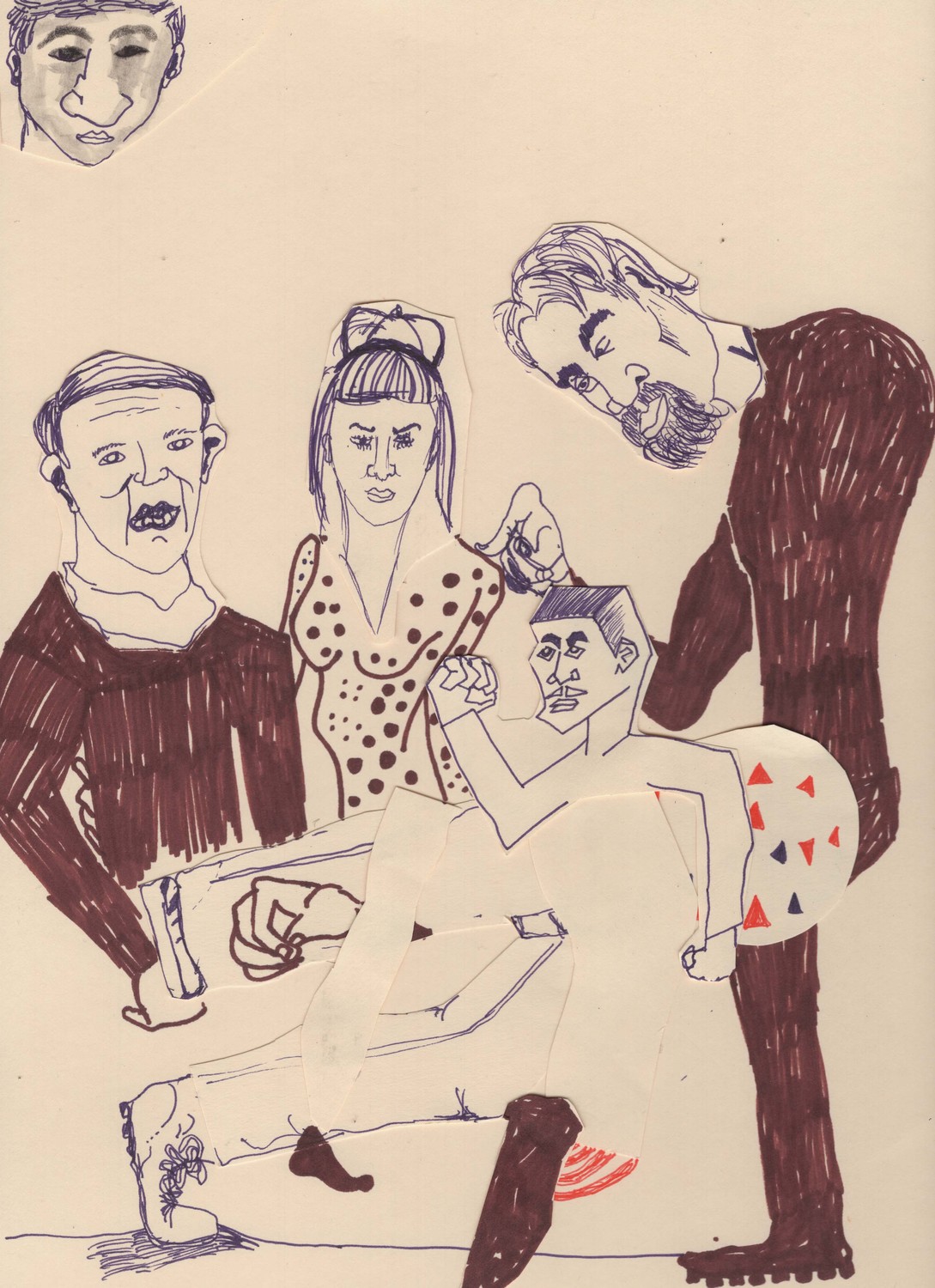 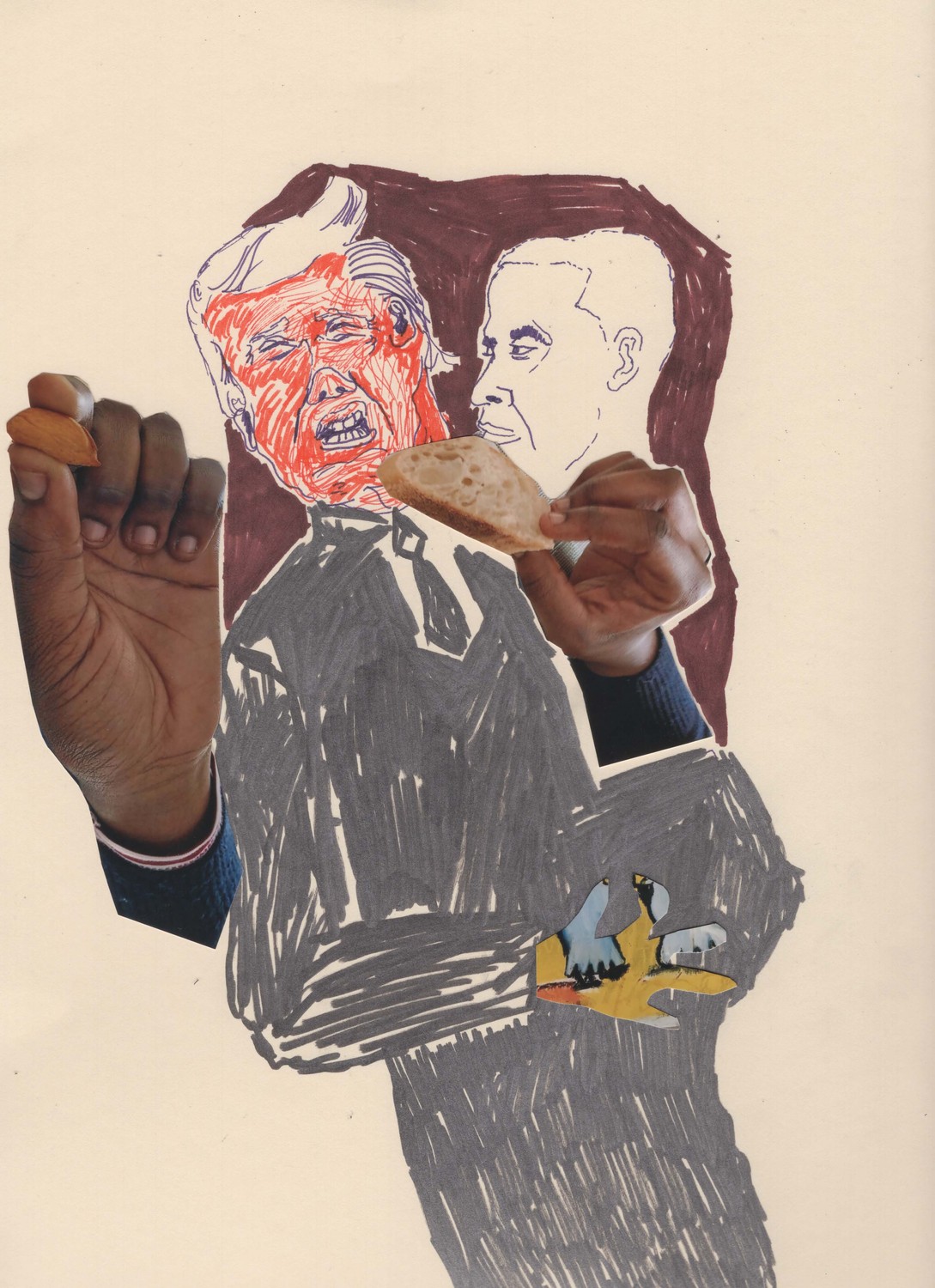 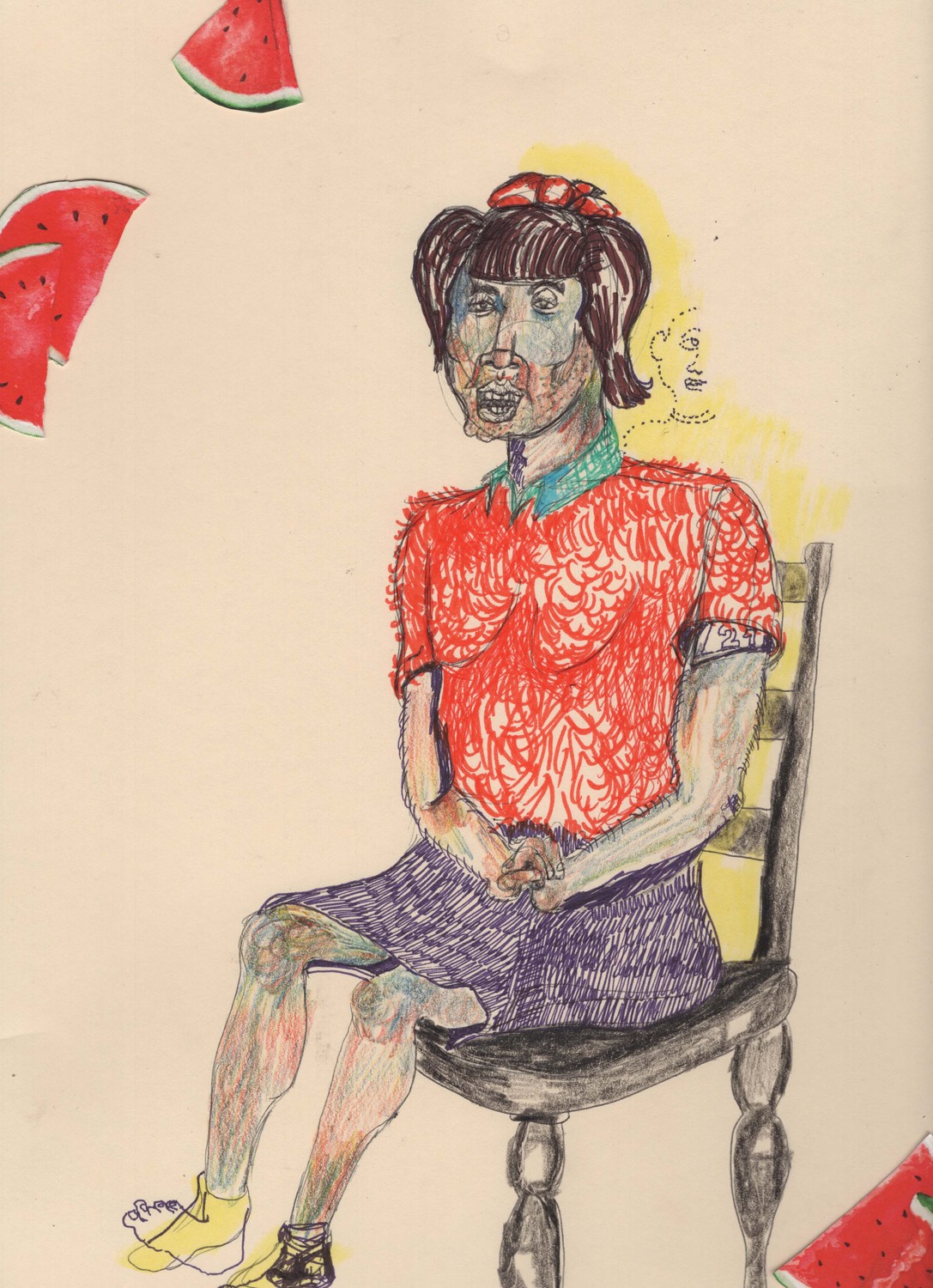 Steve, 2020, Graphite, pen, marker and photo collage on paper, 22.9 x 30.5 cm, 9 x 12 in
Top
Our website uses Google Analytics to track visitors anonymously, which helps us improve your experience. You can opt out of tracking at any time via our Privacy page. Otherwise, we’ll assume you’re OK to continue.
I'm fine with this Learn more