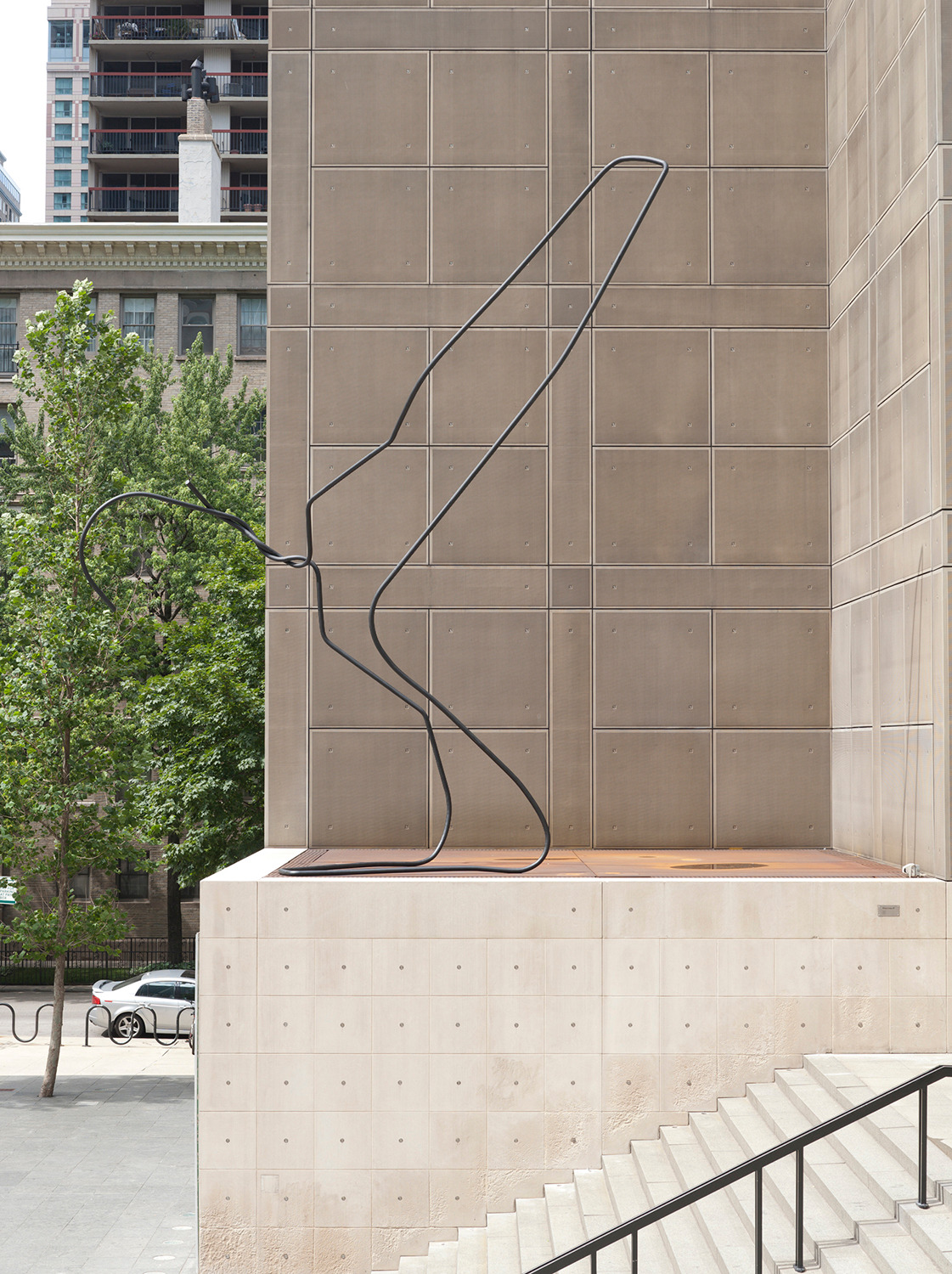 This summer, the Museum of Contemporary Art (MCA) Chicago debuts four enormous, whimsically surreal new works on the front plaza by artist Mark Handforth on the front plaza, on view from July 9 to October 10, 2011. This group of dynamic sculptures by Handforth is part of the MCA’s commitment to blurring the lines between the inside and outside of the museum; enlivening Chicago with contemporary art beyond the museum walls. Activating the MCA plaza this summer, Handforth’s sculptures draw from the visual language of the city — lampposts, traffic cones, police hats – while introducing surprising icons into the urban landscape, like an oversized coat hanger and a gargantuan bone and phone handset.

Handforth prefers working in outdoor public spaces without barriers, transforming the geometry of the MCA’s building with his four playful installations. LampostSnake takes the material and scale of an urban street lamp and twists it into the form of a coiled snake with the head formed by the lamp. Exuberantly painted with bright colors, it not only contrasts sharply with the MCA façade, but also provides illumination at night.

Another work, Blackbird, takes the form of a giant coat hanger made from brass pipe hand-bent by the artist. This twisted shape is a metaphor for the sculptural process itself, as the bending and twisting of hanger wire is often the starting point for sculptors experimenting with new forms. Handforth’s penchant for the surreal is displayed in another work, PhoneBone, that pairs a giant bone, similar to an oversized femur, with an equally out of scale bright yellow telephone handset. The handset cradles the bone as if thrown together by a force of nature. The fourth and smallest piece, BeatProp, features a crumpled safety cone topped by an English Bobby hat cast in stainless steel and covered with layer upon layer of colorful paint.