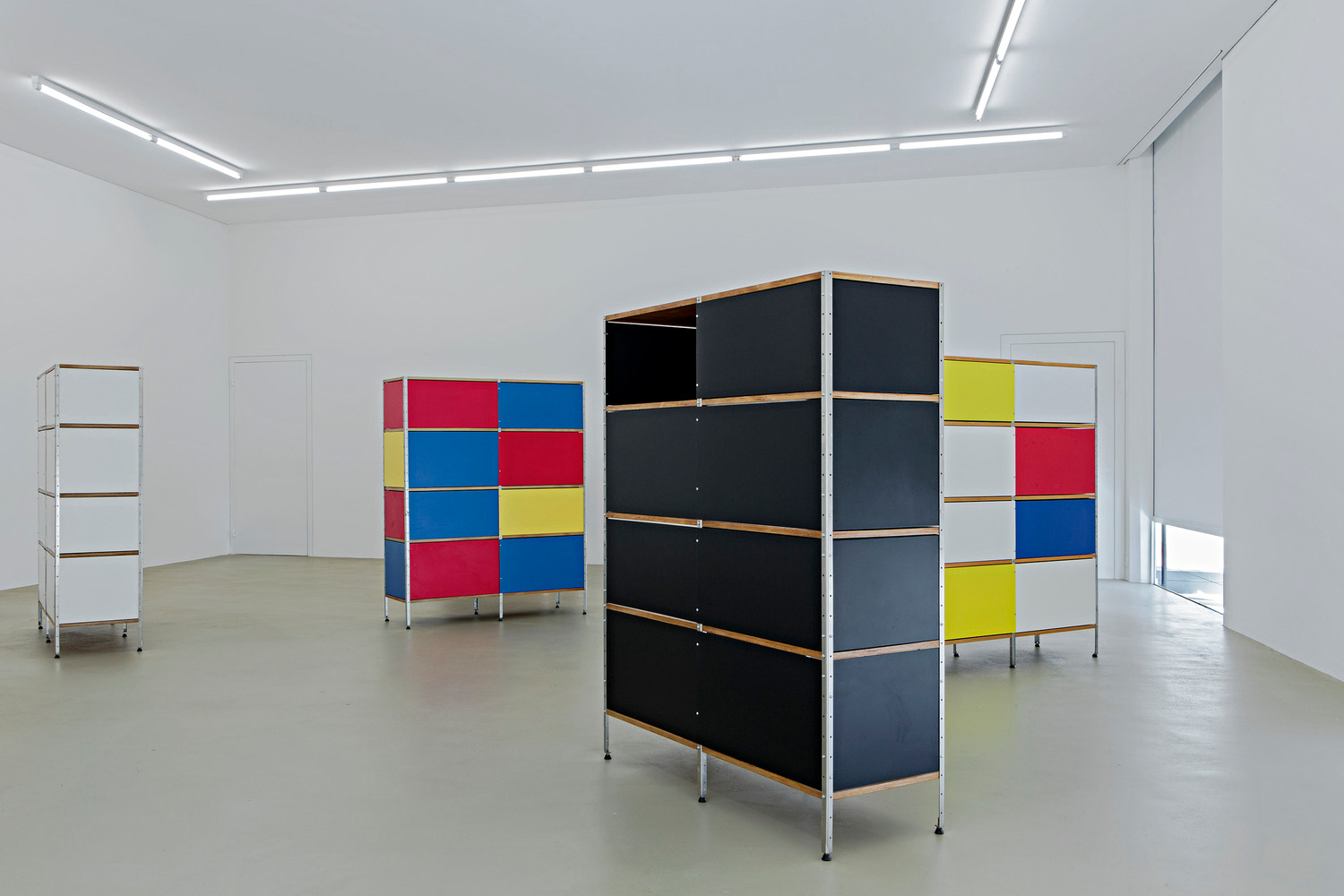 Martin Boyce is a Scottish artist living in Glasgow. The exhibition at the Museum für Gegenwartskunst Basel (Museum of Contemporary Art, Basel), the artist’s first solo museum show, will focus primarily on sculpture and installation but will also present photography, wall works, and collage covering a fourteen-year period.

The exhibition includes complete and reconfigured installations such as the multipart Do Words Have Voices—exhibited for the first time since its original showing—for which Boyce received the prestigious Turner Prize in 2011, as well as a newly arranged group of works that were exhibited at the 2009 Venice Biennale under the title No Reflections. This latter group includes, for instance, a pathway of concrete stepping stones, a black geometric chandelier, and a mass of fallen leaves which, upon closer inspection, are seen to be precisely designed, cut and folded objects.

Boyce’s works contain a wealth of references. Of central importance are classics of modernist art and design. The artist cuts up Arne Jacobsen’s Series 7 chairs and rearranges the pieces as mobiles in a way that seems to combine brutality with the fragility and lightness of early Alexander Calder pieces. He remakes the modular ESU shelving systems designed by Charles and Ray Eames and reassembles them to form paranoid-seeming sculptures that harbor a number of allusions to other artists’ works such as De Stijl. Occasionally, the pictorial world of film noir is found to be reflected in the atmosphere of Boyce’s works, for instance in a series of objects in the form of ventilation grilles set into the wall.