Thomas Houseago ‘A Million Miles Away’ 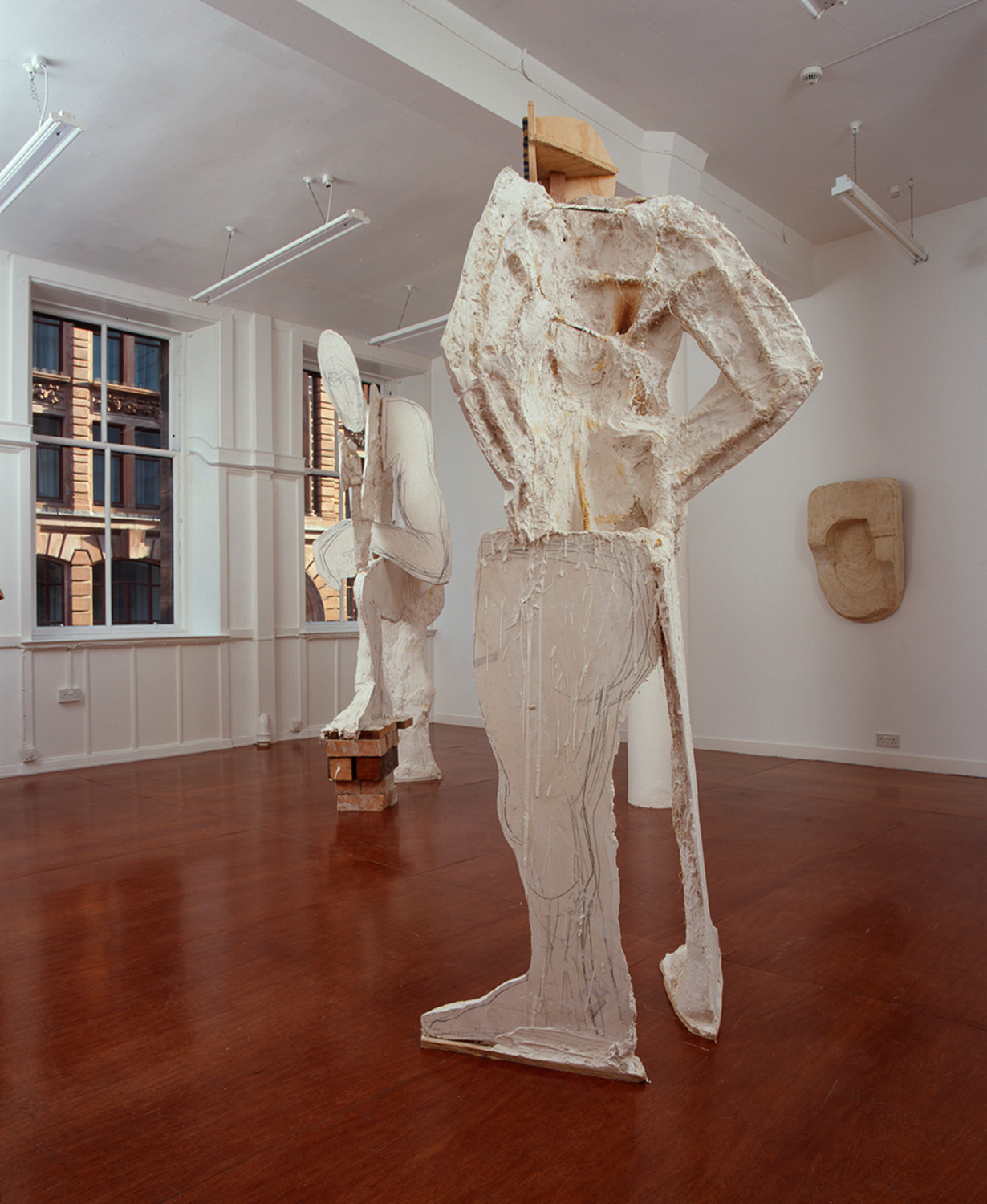 This is the first exhibition of works by Thomas Houseago at The Modern Institute and his first solo show in the U.K. Monumental sculptures and primitive masks weave a visual narrative sustained by a brutal energy. Houseago’s confrontational approach to the figurative references Rodin, Brancusi, Giacometti, Michelangelo; acknowledging the history of figurative art and classical tradition of sculpture to create works of gritty solidity. The overwhelming scale and use of grained plaster and industrial trunks of wood unveil forms of the physical viewed from a child-like perspective, their impurity revealed in distorted poses and the markings of the crafting processes. Exploiting the alchemical quality of the materials, the works conjure a sense of theatre – a carnival of deformed animalistic bodies whose statuesque poses and inherent dynamism embody Houseago’s sense of fun while filling the space with a spirit of anarchy.