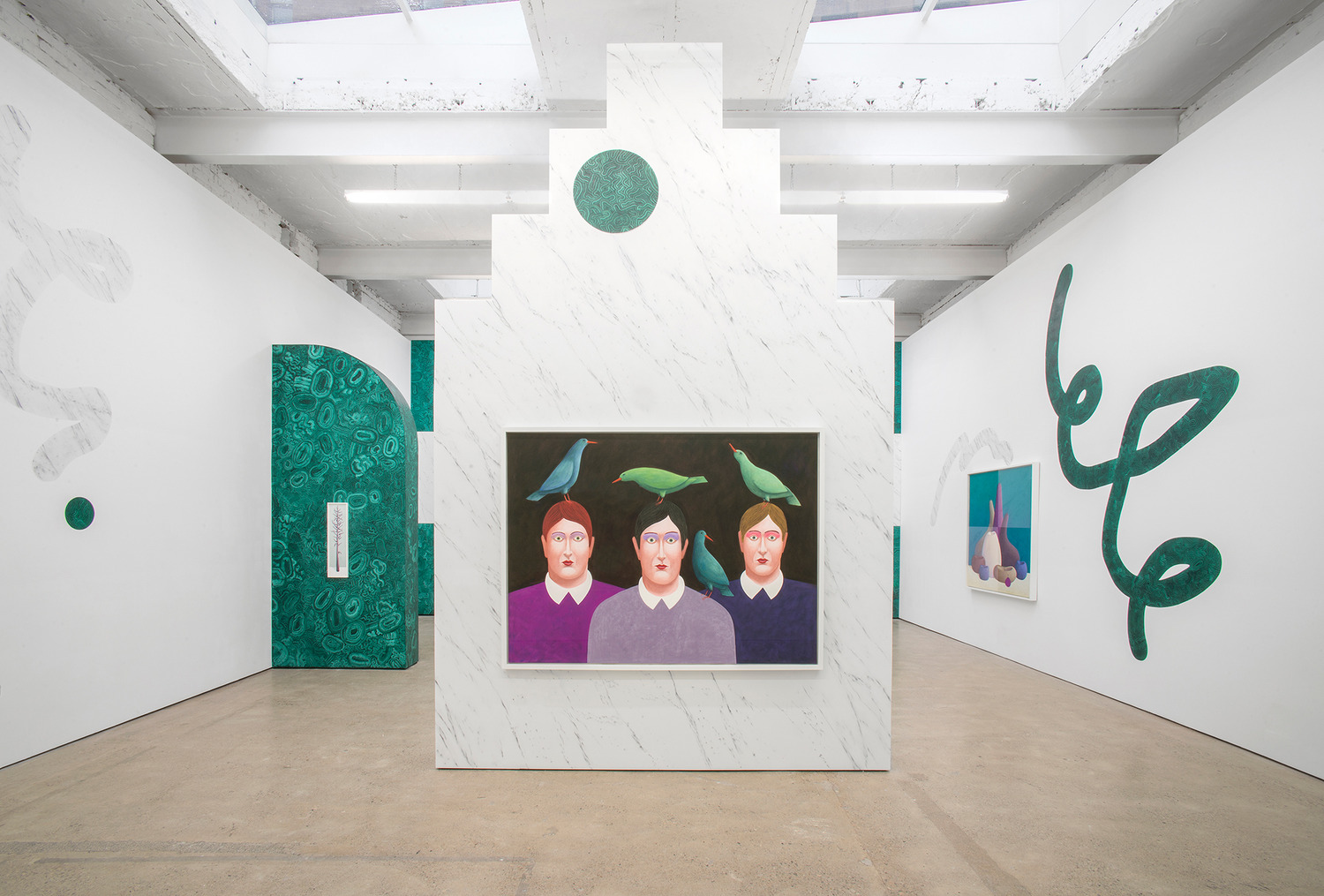 For his second solo exhibition at The Modern Institute, Nicolas Party has transformed the Aird’s Lane space into an interior populated with temporary walls and murals meticulously rendered to resemble marble and malachite in the manner of trompe l’oeil. This scenery creates a faux-classical setting to present Party’s new body of pastels on canvas.

Working alongside a painter formally trained in the decorative arts, Party applies these marbelized effects on to the gallery surfaces and the temporary walls – embellished structures functioning as revitalized ‘picture rails’ for the purpose of presenting the pastels. The techniques and modes of display – first employed for his solo exhibition at CAN, Neuchâtel earlier this year – reference decorative traditions, a theme Party continuously plays within his work. Often executing his wall paintings in materials conventionally used in murals such as charcoal, acrylic, spray paint, gold leaf and most recently oil paint, Party investigates the evolution throughout history in painting’s natural habitat and forms of presentation.

Hung on the first of the three temporary walls positioned within the gallery, a depiction of a profile figure, with a cat sitting at its feet, faces the entrance. ‘Yellow Cat’ shares an emblem with the eponymous ‘Three Cats’ – a nod to a frequent leitmotif within the paintings of Balthus. Further across the exhibition, Party’s pastels examine classical genres – portraiture, still lives and landscapes – themes he revisits continuously within his practice. Likening his pastel compositions to a group of performers on a stage, with his wall paintings posing as the theatrical sets, Party draws from a variety of existing and historical representations of traditional subject matter. Rather than depicting from imagination or direct observational study, he incorporates art historical references diversely ranging from Picasso’s 1921 pastel Tête de femme and Giotto’s flattened figures to the Belgian symbolist painter Leon Spiellaert.