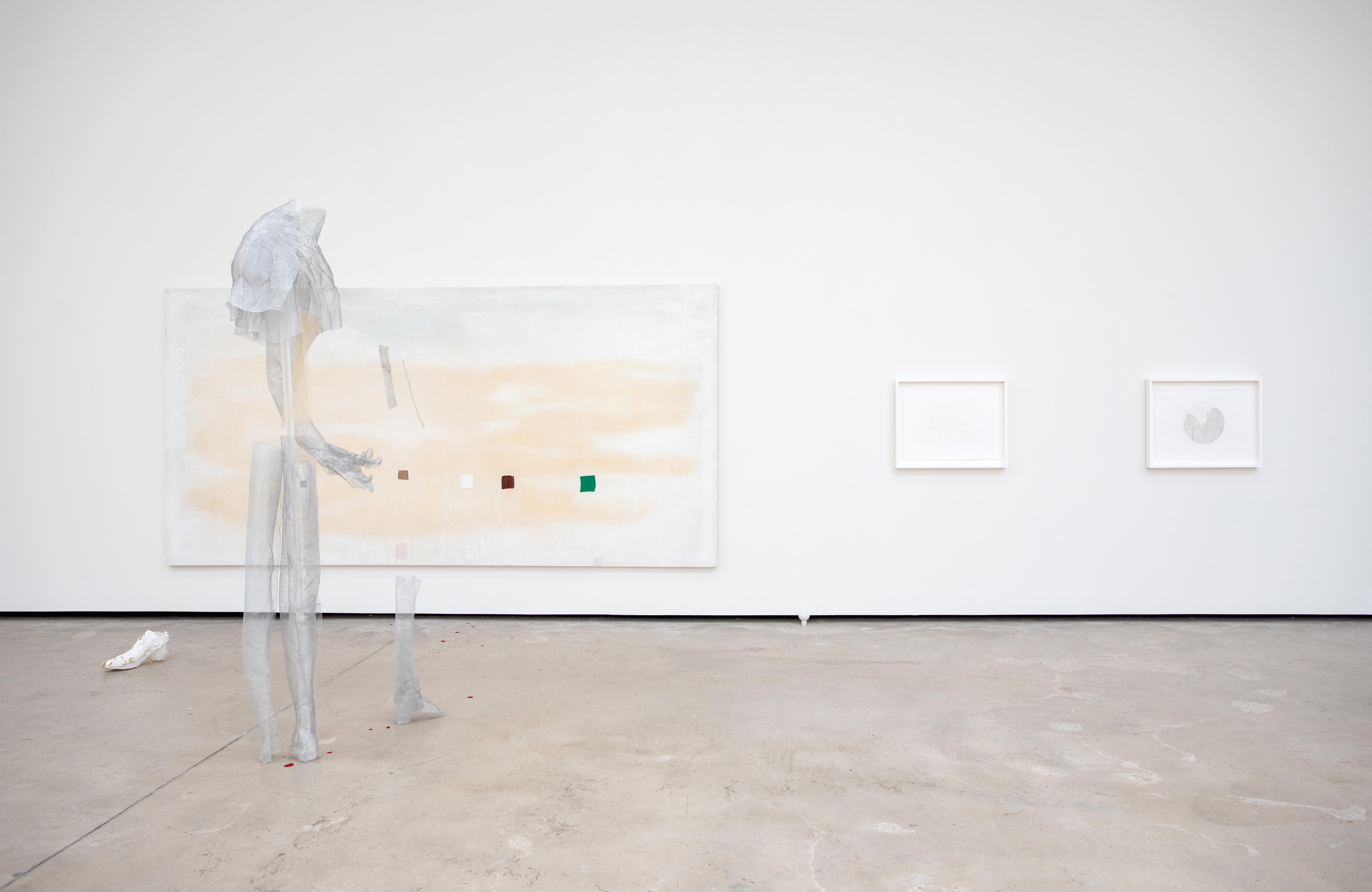 In my street,
We lived in a blockade of inimical forces. One moved quietly and carefully so as not to disturb anything. I wanted to be as small as an atom, even a lepton or a quark. I am an epitome and a subsistent operator. I knew I was the oppressor – so how can I be the liberator.

In proximity to the violence and death, the propinquity resulted in introversion. So much talk on that line and all the worry about it buried us all. We weren’t used to looking at things in what you would call, the light.
- Cathy Wilkes


Cathy Wilkes has produced a unique body of work that challenges and engages with the experiences and ephemera of daily life, redefining the boundaries of sculpture and painting through her preternatural installations. The exhibition presents paintings, collages, etchings, and sculptures made of wire, cloth and paper, hung in close proximity to form one composition.

The translucency of Wilkes’s ethereal materials when viewed in natural light awaken our sensitivity to the apparitions that appear throughout the space. Wilkes’s works escape definition – thus freeing it from limitations – and instead offers moments of pause and reflection.

The artist would like to thank Adrien Howard, Jen Martin, Charlotte Edwards, Joy Wilkes and Alistair Gow for their help.

Cathy Wilkes (b. 1966, Belfast; lives and works in Glasgow) is widely regarded as one of the most influential artists in the UK, more recently representing Britain at the 58th Venice Biennale in 2019, and was the inaugural recipient of the Maria Lassnig Prize in 2016. Wilkes’s work is held in numerous collections, and was the subject of a major touring exhibition by Tate Liverpool in 2015. She previously represented Scotland in the 51st Venice Biennale in 2005, and featured within the 55th Venice Biennale’s central exhibition in 2013, ‘The Encyclopedic Palace’, curated by Massimiliano Gioni.