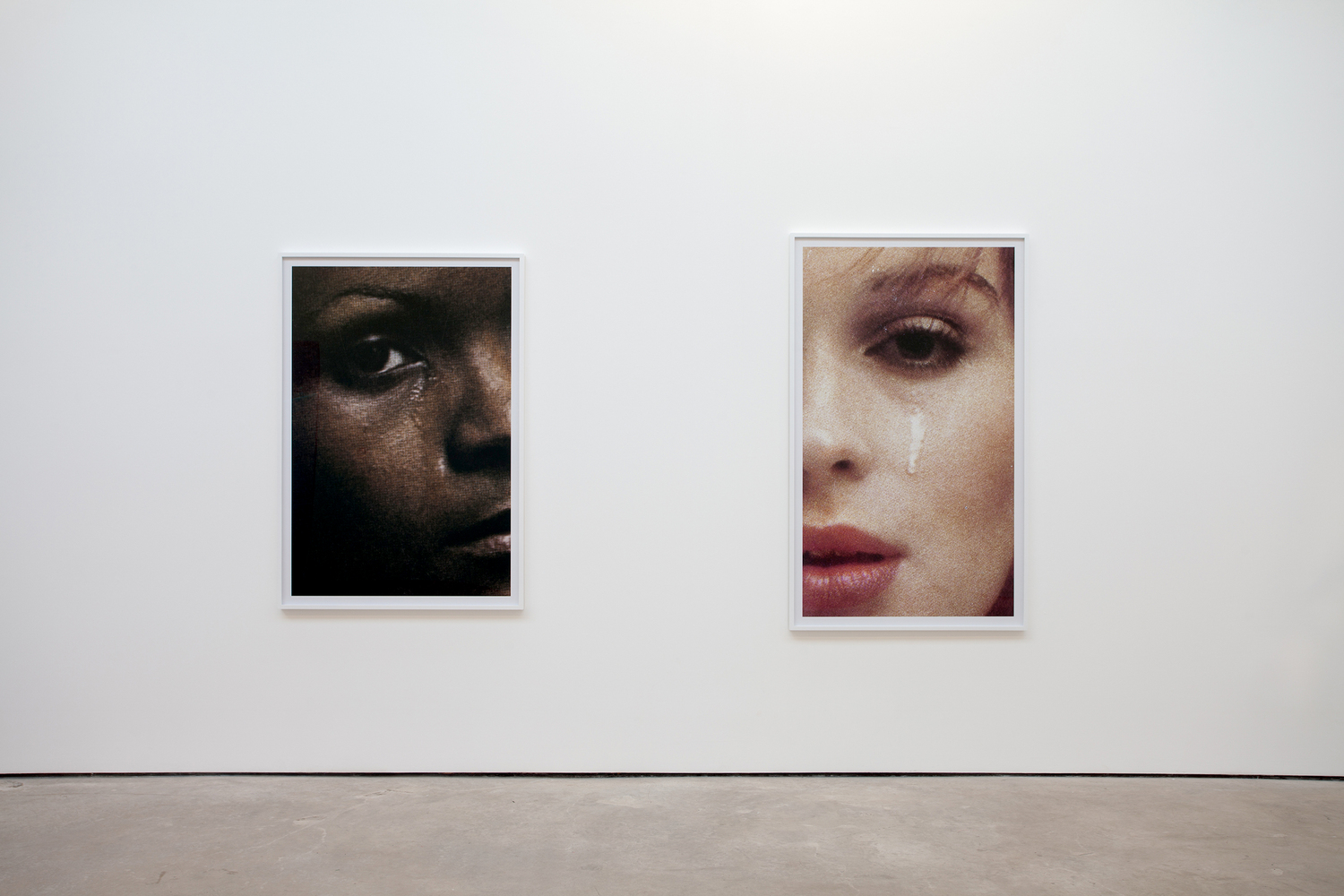 For her second solo exhibition at The Modern Institute and the first in the gallery’s Osborne Street location, the New York-based artist Anne Collier presents a new body of photographic works, including several from her recent series ‘Women Crying’, along with a new 35mm slide-projection piece ‘Women With Cameras (Self Portrait)’ located in the gallery’s Bricks Space at Aird’s Lane.

In ‘Women Crying’, Collier examines manifestations of staged emotions by enlarging and tightly cropping into imagery that originally appeared in advertisements and on album covers from the 1960’s to the 1980’s: imagery that served to reinforce a clichéd and romanticized notion of female vulnerability. (Paradoxically, the original advertisements and recordings were largely marketed to an audience of young and adolescent women).

Formally Collier’s photographic work mirrors the techniques of commercial and scientific photography: using a large-format plate camera Collier creates an almost forensic account of the objects and subjects under consideration, within the formal context of the studio. Collier’s photographic works are typically based on imagery sourced from the material culture of the pre-digital era: including magazines, advertisements, album covers, and other printed matter that had previous widespread circulation. The manner in which photographic images circulate is a central concern in Collier’s consideration of photography’s many histories and uses – particularly in Collier’s examination of how photography has routinely been employed to portray the female subject in a sexually, psychologically or emotionally compromised state.

Continuing at the gallery’s Bricks Space, Collier presents a new 35mm slide-projection piece ‘Women with Cameras (Self Portrait)’. The work consists of a sequence of eighty 35mm slides, each of which depicts a found, amateur snapshot of women in the act of photographing themselves. The images date from the 1970s to the early 2000s, notably anticipating today’s ubiquitous culture of the ‘selfie’. Collier acquired the photographs over a period of many years from flea markets, thrift stores and online auction sites – significantly, these are photographs that have been abandoned or discarded by their original owner at some point. In doing so, these images move from the private and into the public domain. The concept of “abandonment” – of photographic images and the personal histories that these images contain – is central to ‘Women with Cameras (Self Portrait)’, which amplifies Collier’s larger interest in photography’s relationship with memory, melancholia and loss.