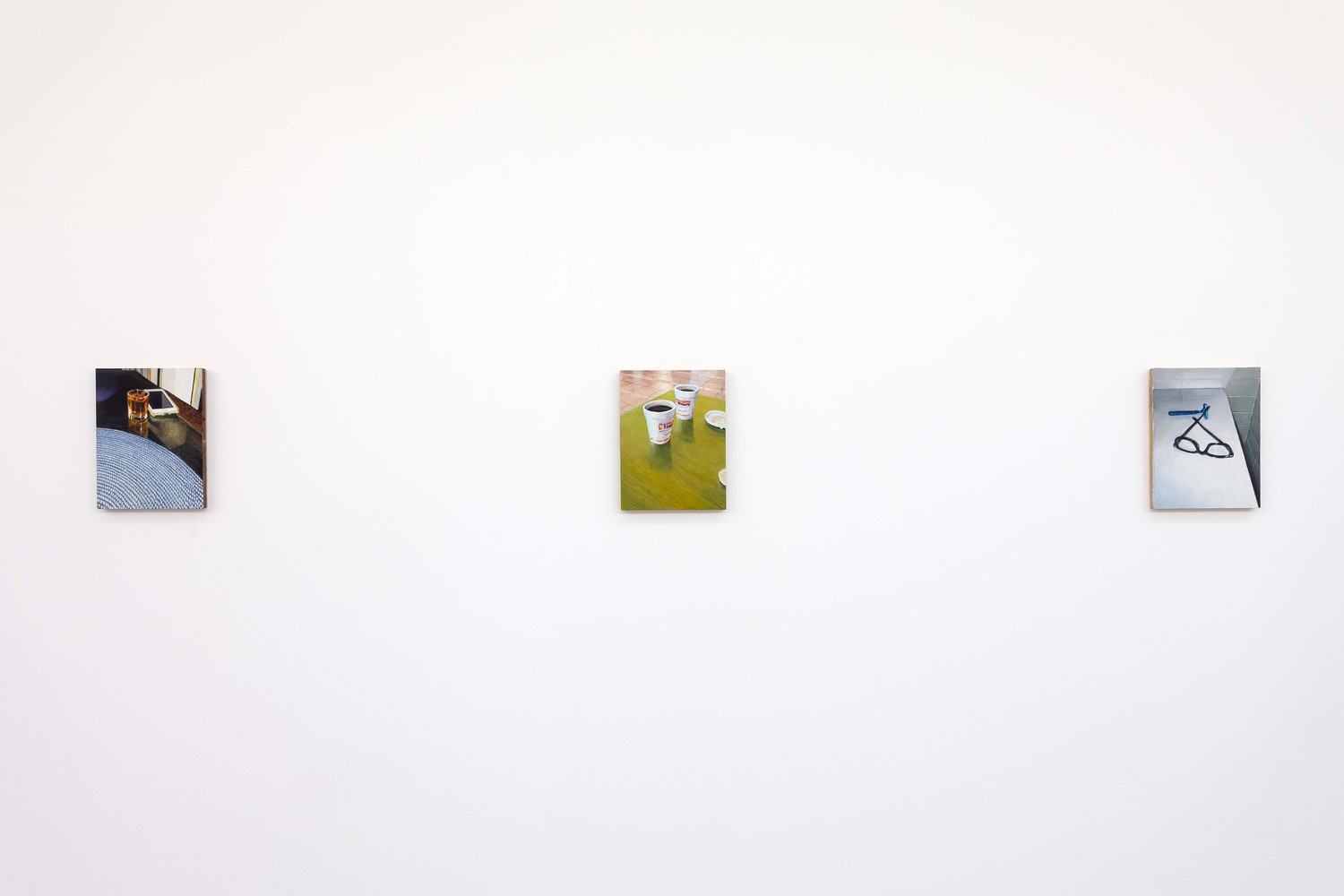 For his first solo exhibition at The Modern Institute, New York-based artist Dike Blair presents a new body of oil-paintings originating from his own photographic observations. Known for his photorealistic paintings and drawings, that although absent of human form, offer moments imparted with tangible physical presence. As if fragments of memory, Blair depicts the residue of familiar actions and habits – Styrofoam cups of coffee cooling, luridly coloured cocktails lit by a harsh flash or corners of non-descript paintings one would find decorating a diner. With no defined beginning, middle or end, these transient glimpses allude to a larger narrative we can to choose to imagine.

Blair’s scenes either lit by artificial flash, isolating the arrangements from its surroundings, or depicted in natural light, fragments of blue skies and light bouncing off slick tiles and table tops are arguably defined by the role light plays in them. The glare, sheen and reflection of his lens is expertly translated, the painterly rendering off his surfaces enhancing the lucidity of his observations – one can almost smell the smoke escaping an extinguished cigarette and feel the drops of condensation sliding down a chilled glass of beer.

Indeed, there is strength in the familiarity and consistency of Blair’s oeuvre, returning to similar subjects time and again, he reactivates moments as if scrutinising the faithfulness of his own recollection.

Dike Blair (b. 1952 New Castle, Pennsylvania; Lives and works in New York). Blair attended the School of the Art Institute of Chicago (1977) and the Whitney Museum Independent Study Program (1976).

A new publication of Blair’s drawings has recently been published by Karma, New York.