Hayley Tompkins ‘A Piece Of Eight’ 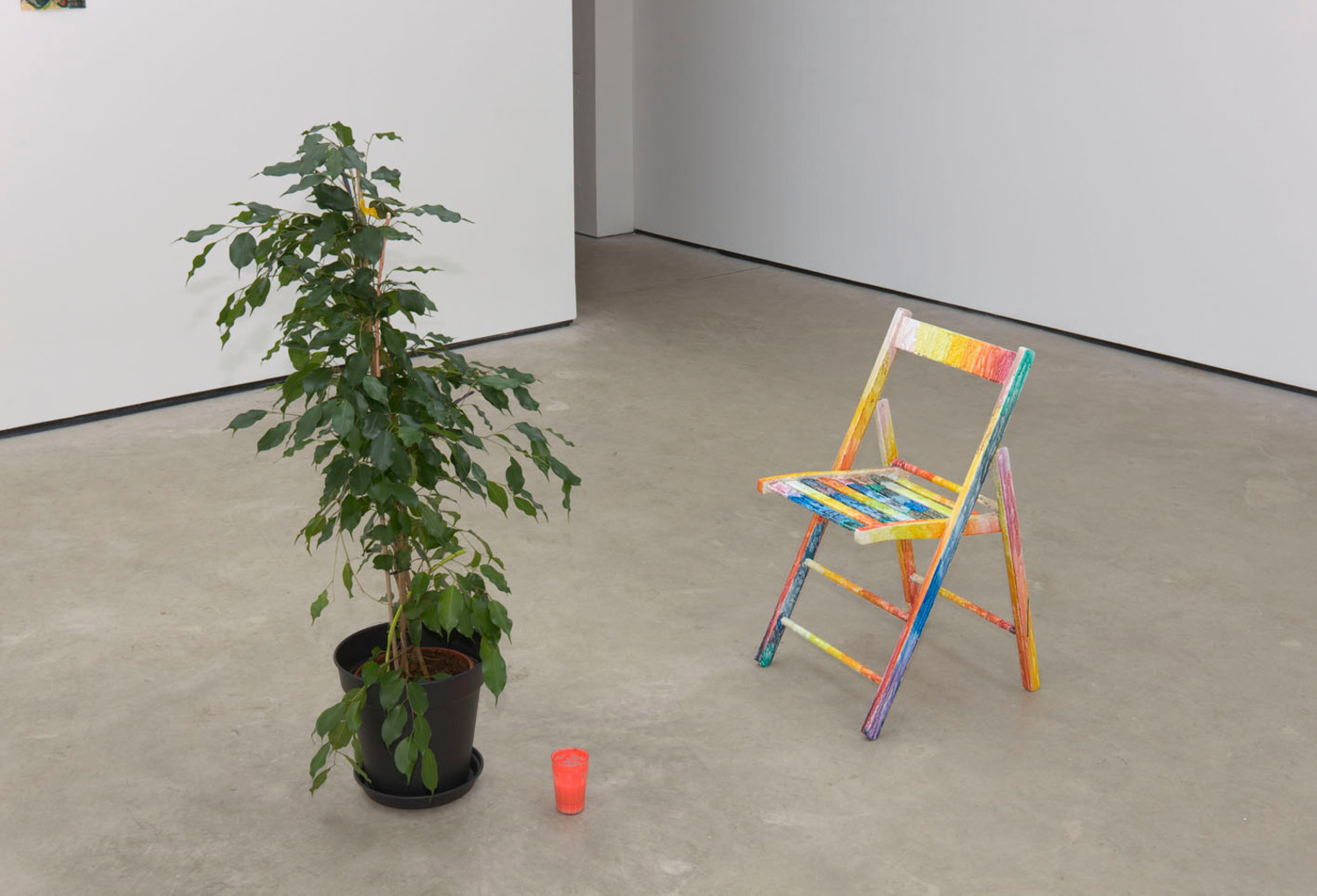 The Modern Institute is pleased to present A Piece of Eight, an exhibition of new work by Hayley Tompkins and the launch of a major new catalogue about her work.

For her latest show, Tompkins will exhibit a floor-based installation including colour photographs, plants, clay objects, watercolour paintings and other collected material. The work’s title, A Piece of Eight, refers to the silver Spanish coin, an early form of currency now often associated with piracy and lawlessness. Tompkins is interested in the cultural value of objects and their mutability. The use of plants and photographs within the work provide a tangible expression of the progression of time and the opportunity to imagine multiple realities.

Tompkins’ new work seeks to reproduce everyday sensory experience; replicating and heightening the visual and physical interactions we have with the world around us. Her work is an attempt to structure the objects, choices and ideas we encounter in our everyday life, and describe the slippage between our imagination, our perceptions and the reality we inhabit.

Recently Tompkins’ choice of objects has included high-tech mass-produced items and things from the natural world; computers, cutlery, mobile phones, leaves and twigs. All of these materials are worked on by Tompkins to amplify their particular qualities. David Musgrave has written of Tompkins’ work, “her watercolours are objects too. They aren’t pictures on a support, but supports bearing pigmentation. They’re objects that describe with diffidence the small negotiations of their making, rather than trying to dazzle you with layers of art historical erudition.”

Hayley Tompkins (born 1971, Leighton Buzzard) lives and works in Glasgow. Recent solo exhibitions include Autobuilding, Inverleith House, Royal Botanic Garden Edinburgh (2009); Re, The Drawing Room, London (2008); and Transfer (with Sue Tompkins) Spike Island, Bristol (2007). Her work is included in Watercolour, currently at Tate Britain, London and in June she has a solo show at Studio Voltaire, London. A Piece of Eight is Tompkins’ fourth gallery exhibition at The Modern Institute.

A new 132 page publication covering Tompkins’ work will be available from early April 2011. Designed by Marit Münzberg, the book is published by Inverleith House, Royal Botanic Garden Edinburgh and contains essays by Daniel Baumann, Pati Hertling and a conversation with artist Karla Black.

Concurrently with Hayley Tompkins A Piece of Eight, upstairs at The Modern Institute Luke Fowler will show a number of photographic works.