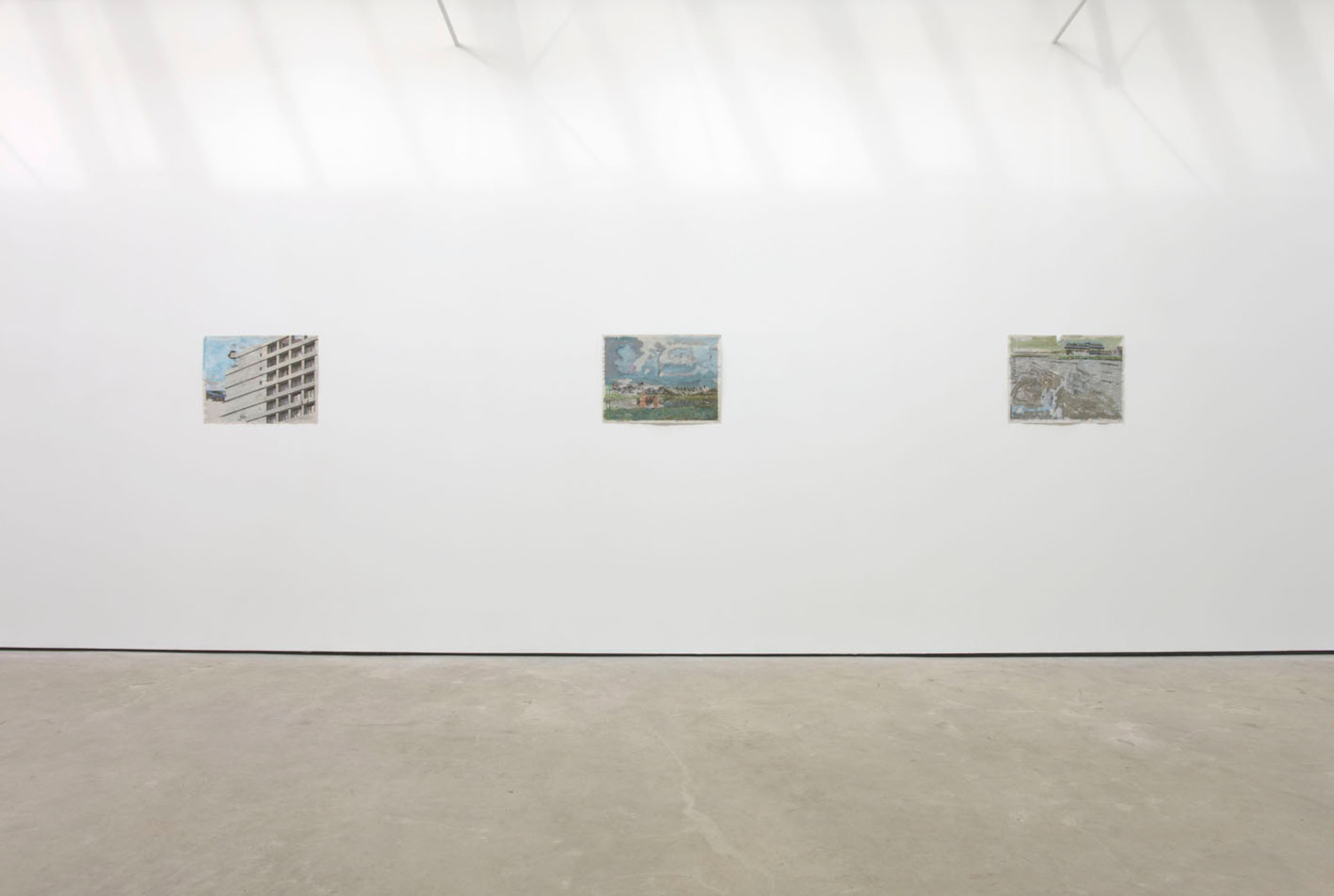 The Modern Institute is pleased to present Afterwards in Pictures, an exhibition of new work by Tony Swain. Using the images and graphics found on sheets of newspaper to provide the starting point for each painting, these elements are ultimately incorporated, adapted or obliterated by their inclusion in Swain’s imagined landscapes and abstracts.

Using the transitory medium of the newspaper, Swain has said ‘preservation is something that interests me. The focus of a newspaper is the “now”, but it is a medium that is intended for little more than a cursory glance. I try to unearth aspects of it that might be of more permanent interest and refocus attention on to them.’

Recent solo presentations include Impure Passports, Inverleith House, Royal Botanic Garden Edinburgh (2008); Temperature is here too, Art Now, Tate Britain (2009); and Recollection Has Not Been Mentioned, Herald St, (2010). His last solo at The Modern Institute/Toby Webster Ltd was The Flashes That Came To Stand For Us in 2006. Swain’s work is held in many private and public collections including San Francisco Museum of Modern Art; The Museum of Modern Art, New York; and National Galleries of Scotland, Edinburgh. Born in Lisburn, Co. Antrim in 1967, Swain graduated from Glasgow School of Art in 1990. He continues to live and work in Glasgow.