Martin Boyce ‘All Over / Again / and Again’ 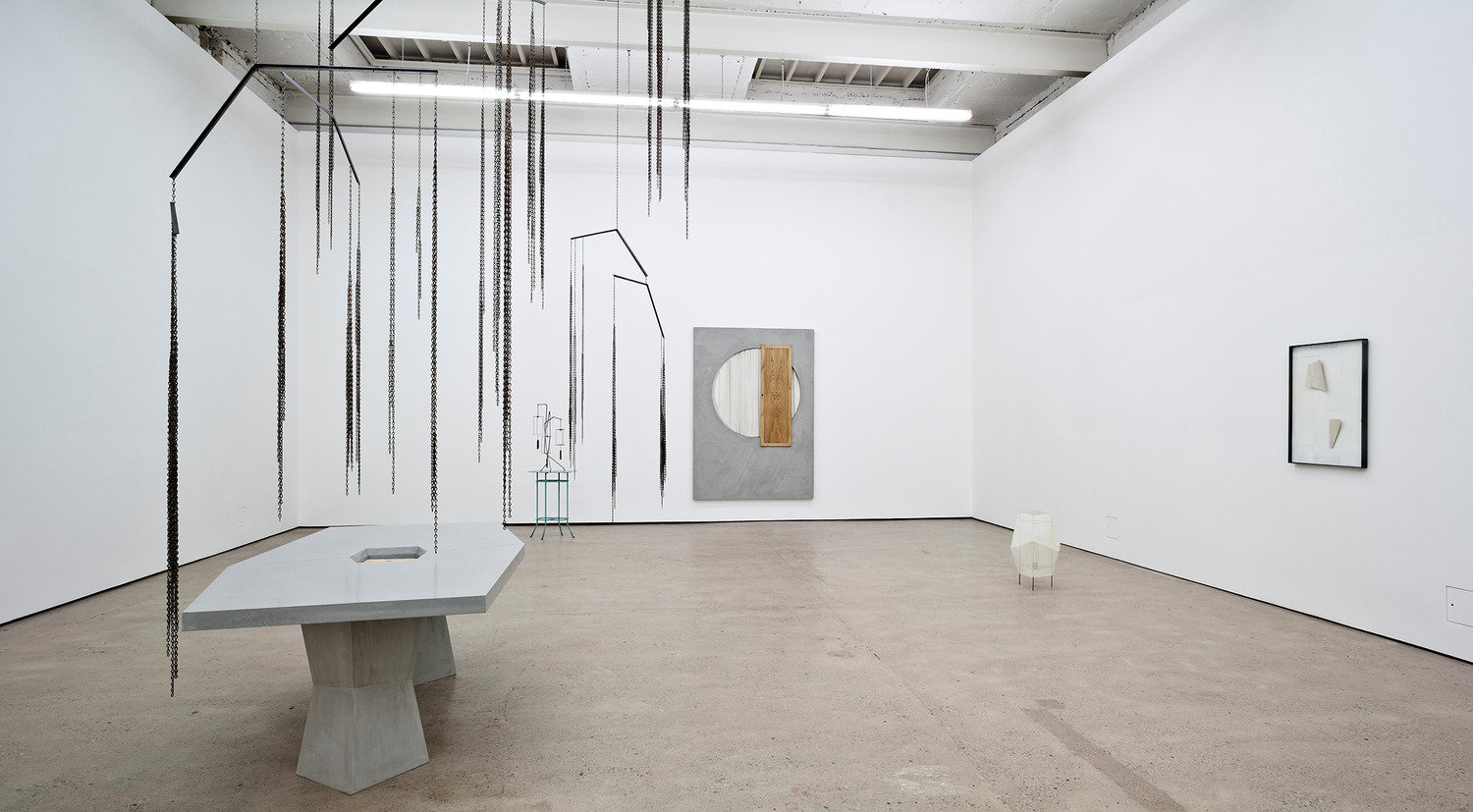 The Modern Institute are delighted to present Martin Boyce’s fourth solo exhibition with the gallery, ‘All Over / Again / and Again’.

Boyce’s sculptures and spatial installations are rooted in an interest in landscape. This often takes the form of a collapse between the exterior and the interior, the natural and the constructed, and how a sense of place can be described on the basis of details and fragments.

Following a metaphorical lineage from Boyce’s recent solo exhibition in New York, ‘It’s Over / and Over’ – ‘All Over / Again / and Again’ presents an infinite cycle of the remnants of forms and the passage of time – past, present and future. Recontextualising the gallery space to resemble a closed down space, the inside of an abandoned house or a disused park, Boyce has created a place that is neither interior or exterior, urban space or natural environment, but frozen somewhere in-between.

Several mobiles hang from the full height of the ceiling, a cluster are positioned over a concrete table. Made from steel chains and partially rusted, the mobiles take the form of a weeping willow, letting gravity dictate their position, as they seem to grow over the space beneath. Surrounding this centrepiece are newer sculptural forms, which incorporate recurring motifs central to Boyce’s practice. These works resemble both old garden furniture and broken elements of the natural form. A new lantern piece ‘Dead Star’ recalls a domestic garden object, made from steel and aluminium with a cast light fitting. This piece carries the texture of the architectural form, but is a purely sculptural object – its functionality removed – appearing like a distant star within the space. Disparately placed within this hybrid environment, these works lie disembodied, showing the rusted lines of history and carrying over the remnants from a previous space.

Boyce has made new wall based jesmonite pieces, made from cast wood panels. ‘Eclipsed and Shuttered’ represents a boarded up window, incorporating broken and bent steel mesh utilising Boyce’s own geometric pattern. This recurring pallet of shapes and forms evident throughout the works within this exhibition, have been an intrinsic component of Boyce’s work since 2005 when he began working with a historical image of four abstract, cast concrete trees by the sculptors Jan and Joel Martel. The trees were produced for a garden by Robert Mallet-Stevens, for the ‘Exposition Internationale des Arts Decoratifs et Industriels Modernes’ in Paris in 1925.

Along the entrance to the space is the series of photographs, ‘Projectile Sun’. Each image depicting an orb of light defined by the circular window of an airplane as it moves across the bulkhead. Boyce has produced several series of archival photographic works, which detail images that both inform and feed into his practice.