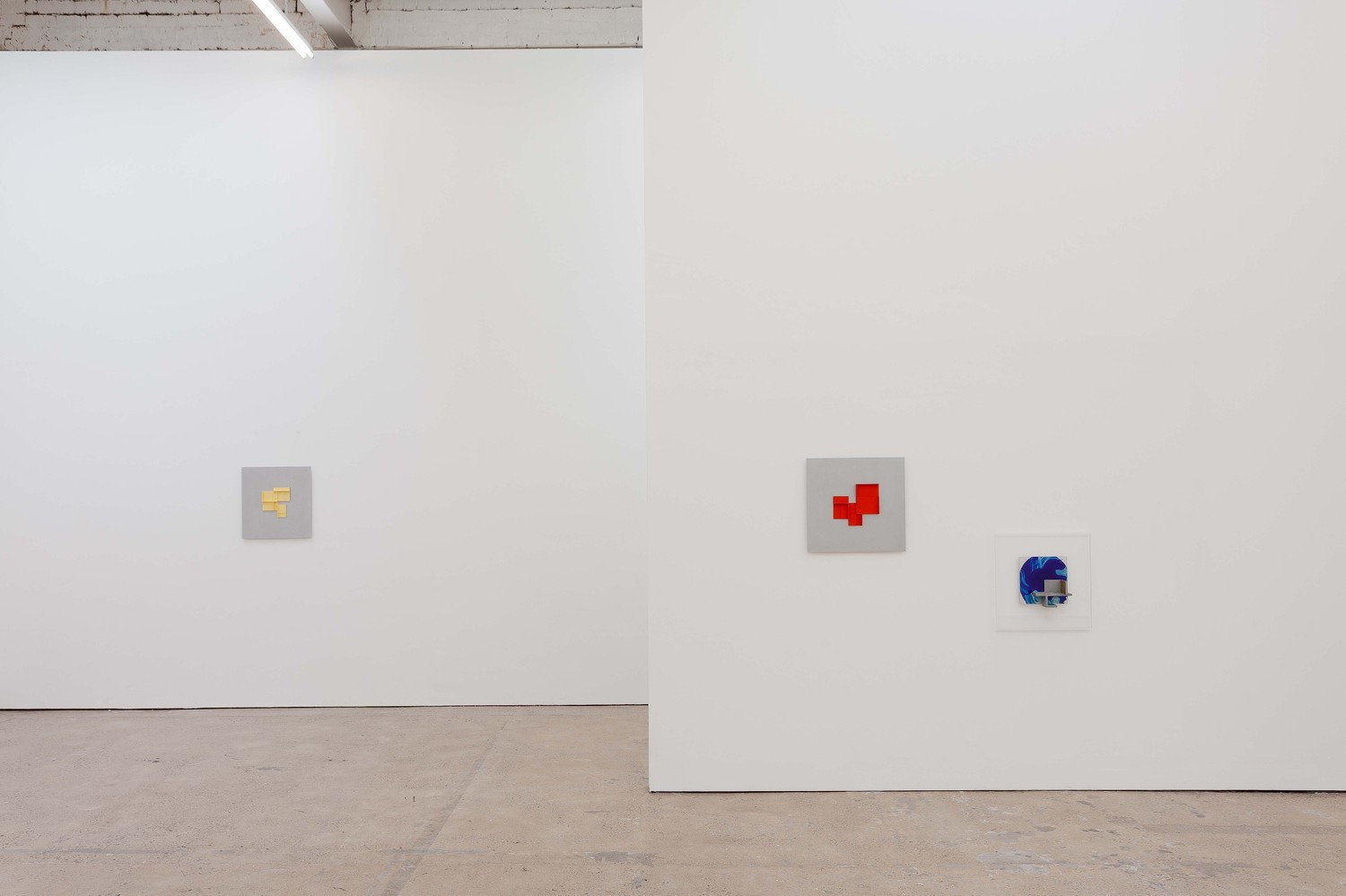 For his latest solo-exhibition at The Modern Institute, ‘Atlantic’, Toby Paterson presents a new series of paintings and wall-based reliefs marking the culmination of an extended period of studio-focused experimentation and research. Derived from subjective experiences of architectural environments and city locations, Paterson’s practice is characterised by both the activity and inertia that form an understanding of urban landscape.

Extending the concerns of his work to the space directly, Paterson has constructed an internal wall down the length of the gallery creating an intermediary space that one must physically navigate to gain a full view of the works within.

Through sampling and re-working, Paterson is able to generate a dialogue between the independent and individually impactful works on view. Deriving form (and often titles) from the diverse structures and locations they reference, his works are representative, yet not directly so. Indeed, the pieces on view question how spaces can be translated through personal engagement, privileging the artist’s memory as a principal source. Physically involved with his process, Paterson successfully translates and adapts industrial techniques and processes within his work, consistently incorporating structurally assertive sand-cast or machined aluminium that replicates and expands the patina and presence of his reference points. Alongside this, materials such as the engineer’s layout ink that features in ‘Analogique’ (2020) enable him to create a tangible tension of form and surface.

Alongside the largely monochromatic relief works, Paterson presents a group of small studies of an unassuming building exterior; the sharp, confident massing of the façade and its graphic identity redolent of a faithfully referenced source. However, despite their painstaking execution, Paterson’s views of the building remain incomplete – cropped as if glimpsed through the window of a moving car – devoid of distinguishable features, save the ‘Atlantic’ signage emblazoned above the entrance. Titled ‘Memory Elevation’, the subtle differences between the renderings of the same building perhaps evidence the artist attempting to recall through visual means a fleeting sense of a specific place and time.

Much like the visual experience that informs his latest work, in titling the exhibition ‘Atlantic’, Paterson evokes a ocean whose geographical existence, whilst definite, is vast and unfathomable with implications that are impossible to fully comprehend. Indeed, when translating environments and his journeys within them, Paterson’s constructions acknowledge that memories, recalled with clarity when first encountered, can over time shift to become complex, obtuse and non-linear.

Toby Paterson (b.1974, Glasgow; lives and works in Glasgow)