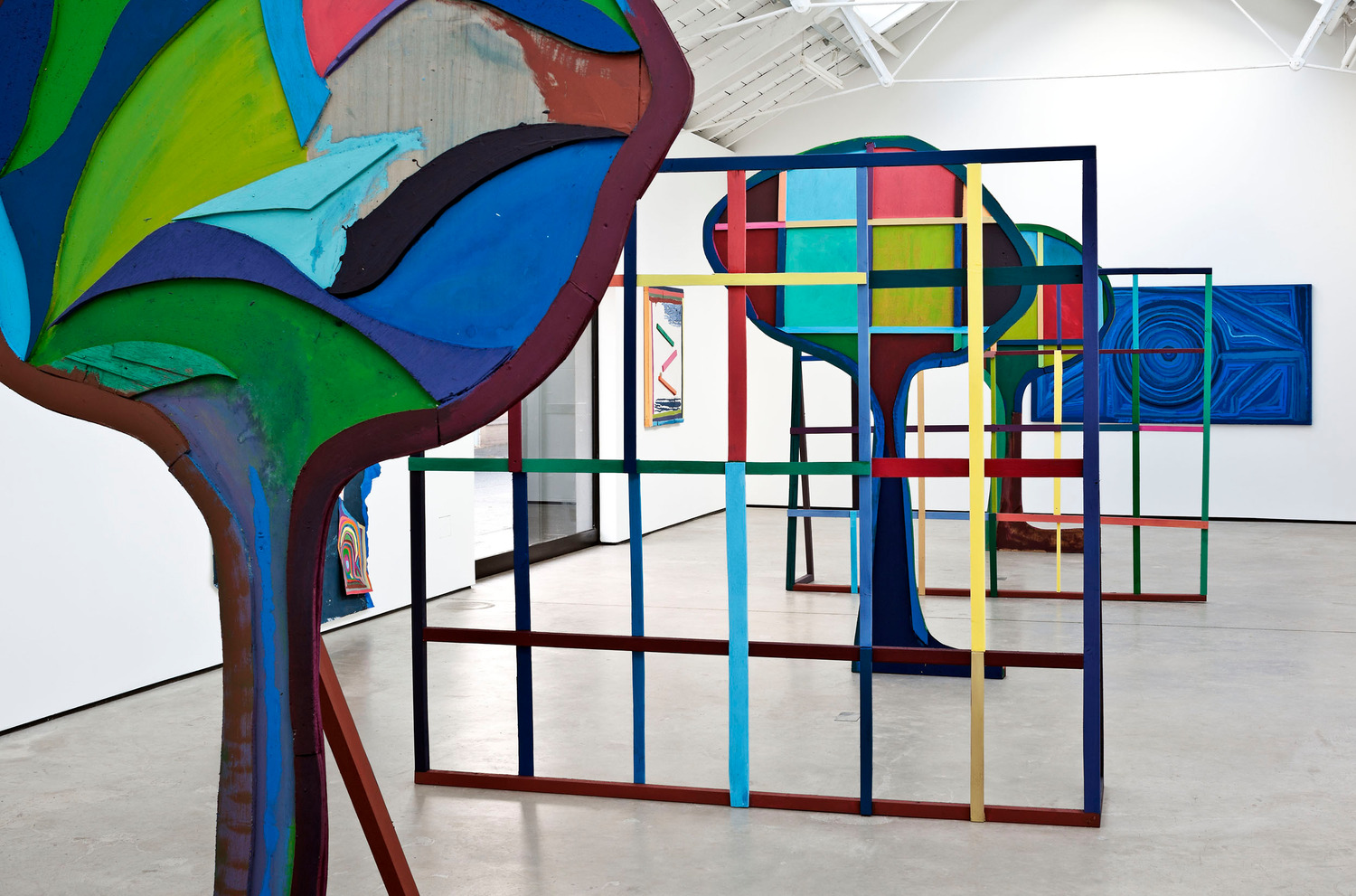 The Modern Institute are delighted to present ‘Considering’, a solo exhibition of new works by Los Angeles based artist and musician Chris Johanson. Utilising a multi-faceted approach, incorporating painting, sculpture and installations made from found materials, Johanson’s second exhibition with the gallery presents a poetical journey through imagery and words. With humble means, and an output that at first glance may appear simplified, Johanson’s works communicate a vibrant complexity, addressing the larger notions of life, death and thoughts of an existential nature.

Working on his pieces in situ, Johanson follows a contemplative process, attentively assembling, painting, and positioning his structures. Within the exhibition ‘Considering’, Johanson has created symbolic forms made from reclaimed wood and painted with a palette of exuberant colours. Familiar tree-like shapes and wooden window frames represent the artist’s own memories and associations, as well as pockets of thought that translate ideas of a philosophical and quotidian manner. Paintings on paper and board are installed throughout the space on walls and structures. Through a recurring configuration of wavering brushstrokes, Johanson’s painted compositions are homages to those dearest to him, as well as energetic abstractions of colour and pattern. The use of text is an integral element within Johanson’s works, using it as a tool to share his own thoughts and to allow him to decompress complicated ideas; “the pieces of what life is made of” reveal heavy thoughts in a playfully calming manner.

Such balanced and reflective methodology is at the centre of Johanson’s exhibition. Through metaphorical and figurative representations, underpinned by personal and emotional density, Johanson intends ‘Considering’ to present a peaceful and positive exploration of being.