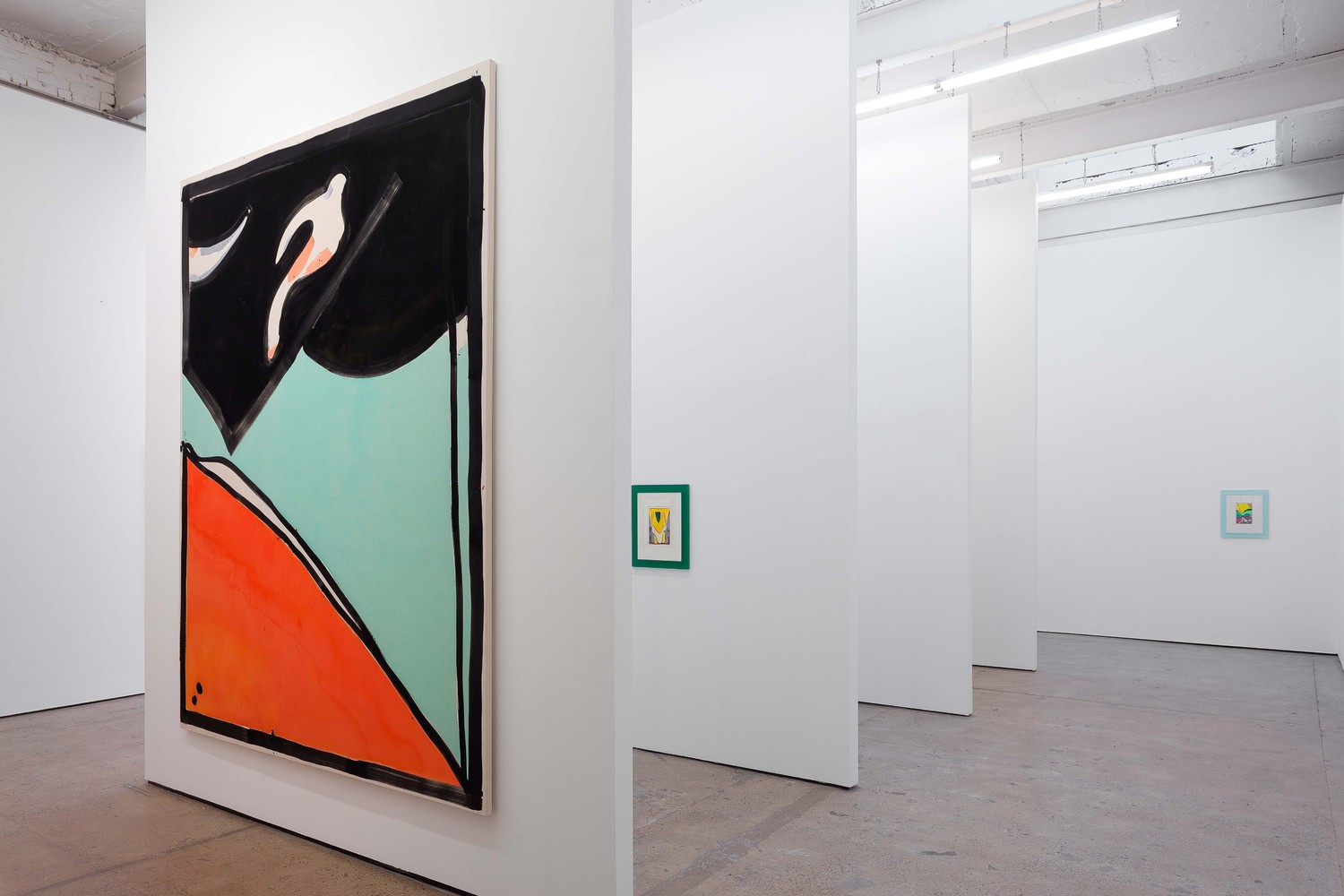 FIGURE marks the second solo exhibition by Matt Connors at The Modern Institute, presenting a new body of work encompassing drawing, painting and tapestry across the gallery’s Aird’s Lane and Bricks spaces.

Abstracted by colour, Connors’ paintings and drawings are created through a process of layering and re-working forms extracted from his immediate environment. Overtime, these recognisable shapes are steadily obscured through the repetitive application of paint and line – the visual reduction and dilation of influence creating works imbued with an almost psychedelic presence.

Indebted to the physicality of their production – process, materiality and action exist as equivalent points of departure in Connors’ work. Details are seized upon, drafted and re-worked – either within one painting or simultaneously across several; accidental drips and marks accumulated through time spent in his studio become integral to the work, his surfaces registering each moment in their creation.

Indeed, if painting can be thought of as an act of pushing through from one space to another, the installation of Connors’ works allude to the struggle and scrutiny of this process. Hung between four free standing walls, the tight formation of which forces one to encounter much of the work as if in a ‘tunnel’ between these two metaphysical spaces.

Accompanying his new paintings and drawings, Connors will present his first tapestry. Fabricated at Dovecot Studios, Edinburgh, the work re-imagines his painting by the same name, Translated Union Bug, 2019; the tapestry’s shift in scale, material and form expanding the physical potential of his painted works.