Gardar Eide Einarsson ‘How to Survive in the West’ 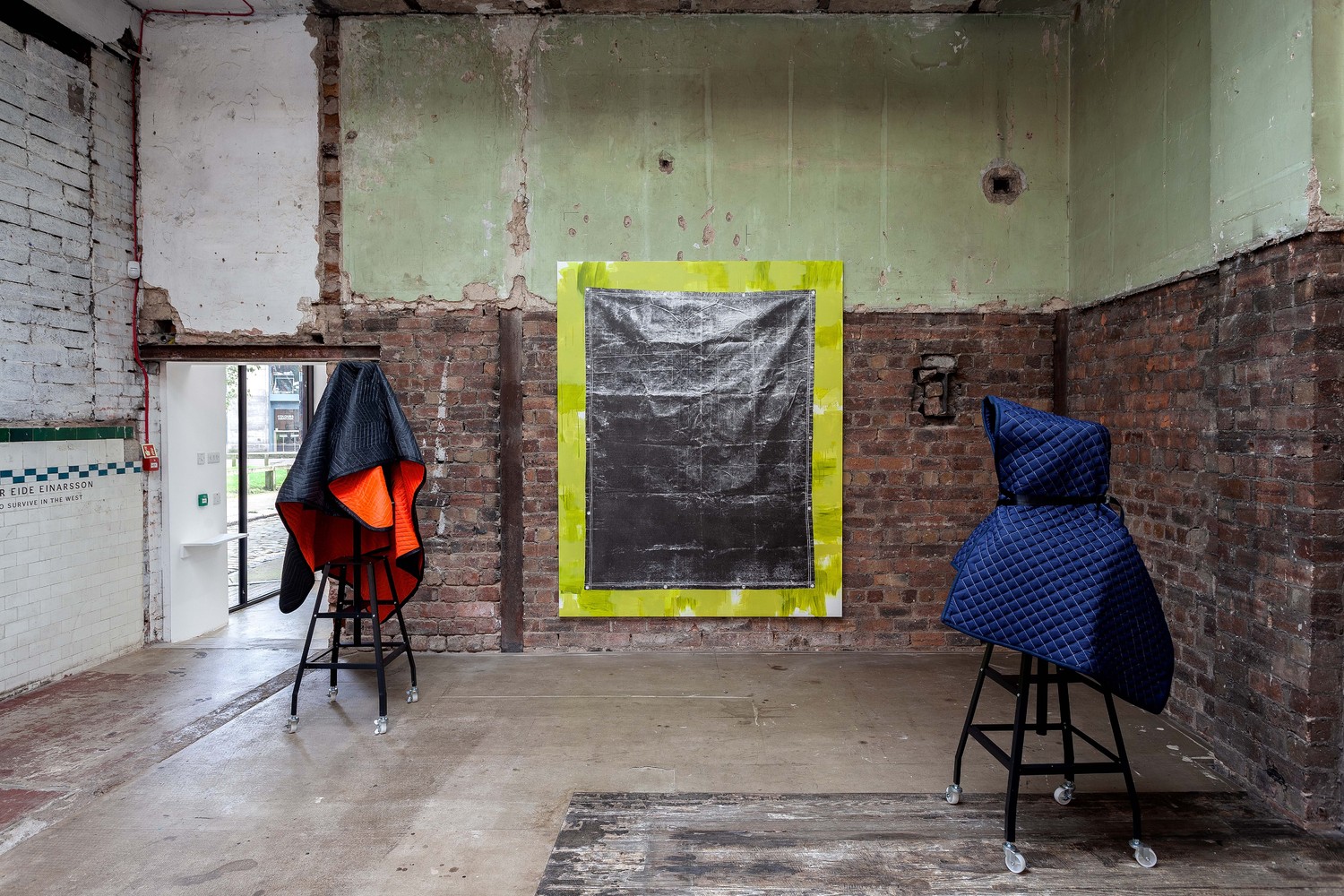 For his first solo exhibition at The Modern Institute, Tokyo-based Gardar Eide Einarsson presents a new body of work exploring the themes and notions of obscurity, disguise and hiding-from-plain-view as a metaphor for how one negotiates one’s own visibility, ideas and agency in face of impending authoritarianism, age of surveillance and political ideologies and power structures increasingly at odds with one’s own.

In ‘How to Survive in the West’, Einarsson begins with objects commonly used for protective purposes or cover as a starting point for a new series of paintings and sculptures. Silkscreened images of tarpaulin on painted canvas mask the underlying picture plane beneath, referencing the tarpaulin’s design to shield. As painting in essence covers the open surface of a canvas, the superimposed print of the tarp here in turn covers the paint.

Further, two smaller canvases depict instructional diagrams on how to build covert hiding spaces in one’s home, reproduced from an underground publishing pamphlet titled Secret Rooms Secret Compartments. Graphically illustrating the surface of a recognizable modernist grid in the form of a tiled wall, it reveals an (imaginary) recessed hiding space, calling the flat paintings’ surfaces into question in a nod to the age-old trope of a painting hiding a safe.

A group of sculptures placed in the gallery’s Bricks Space take their basis from found photographs of public statues wrapped and prepared for removal. Once erected in reverence, since then, by way of history, have decidedly been rendered condemnable and to be removed. An assemblage of sculptural mediums- ranging from traditional materials such as bronze and marble to the readymade- are propped on easels and then concealed or partially wrapped in moving blankets typically used to protect sculptures in transit, positioning them between the state of production (on the easel) and the state of obsolescence (in the moving material). The concealing nature of the blankets over the sculptures brokers a relationship between these three dimensional forms and the two dimensionality of the wall-based pieces, creating a lapse between genres and formats. The blankets suggest a two-dimensionality akin to the print of the tarp emphasizing the flatness of the painting whilst simultaneously presenting a trompe l’oeil. A push and pull between the two forms mirrors the tension between covering and revealing – reality and metaphor.