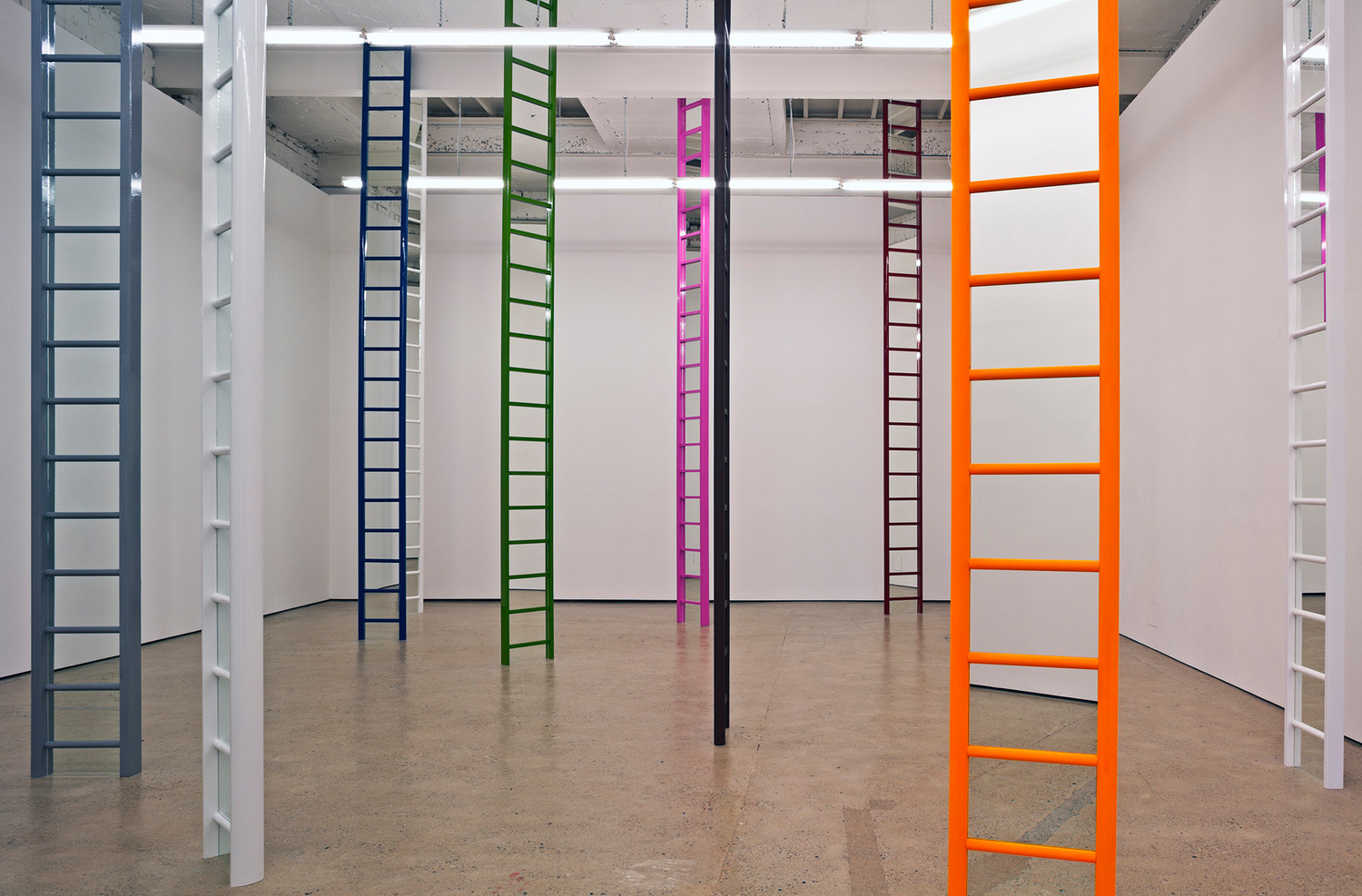 The Modern Institute are pleased to present ‘Shaved Ice’, an exhibition of new work by Jim Lambie.

Lambie’s practice evolves from a response to the psychology of space and colour, utilising the two in a way that is deeply rooted in colour theory, and draws parallels with the concept of synesthesia*. Working on a scale and intensity that takes on the gallery space, Lambie is also deeply influenced by movements in art and the history of place. His work specifically relates to the industrial past of his hometown of Glasgow, and utopian liberation movements, such as William Morris’ Socialism and the Arts and Crafts movement.

Lambie sources his material directly from the modern world. Referencing popular culture and drawing his subject matter from music and iconic figures, he makes use of everyday objects; record sleeves, ornaments, clothing and furniture, both found and fabricated. He transforms these elements into new sculptural forms, re-energising them and giving them an alternative function.

His installations are usually site-specific, using existing architecture as inspiration. For his exhibition at The Modern Institute’s new Aird’s Lane gallery space, Lambie is installing sixteen ladders running from floor to ceiling, accentuating both the height and symmetry of the space. With mirrored inserts between the steps, and coated in luminous colours, these ladders are devoid of function; instead they forever reflect the architectural properties of the space, creating an environment that could belong to another sensory dimension.

Encapsulating ideologies in art history, and arbitrated by cultural deities, Lambie allows himself to work liberally and outside the constraints of a single medium or dimension. His installations reinvent the space into a dazzling interaction of colours, shapes and forms, challenging the viewer’s perceptions and creating an elaborate, otherworldly experience.

an automatic, involuntary sensation of another second sensory or cognitive pathway, as when the hearing
of a sound produces the visualisation of a color.