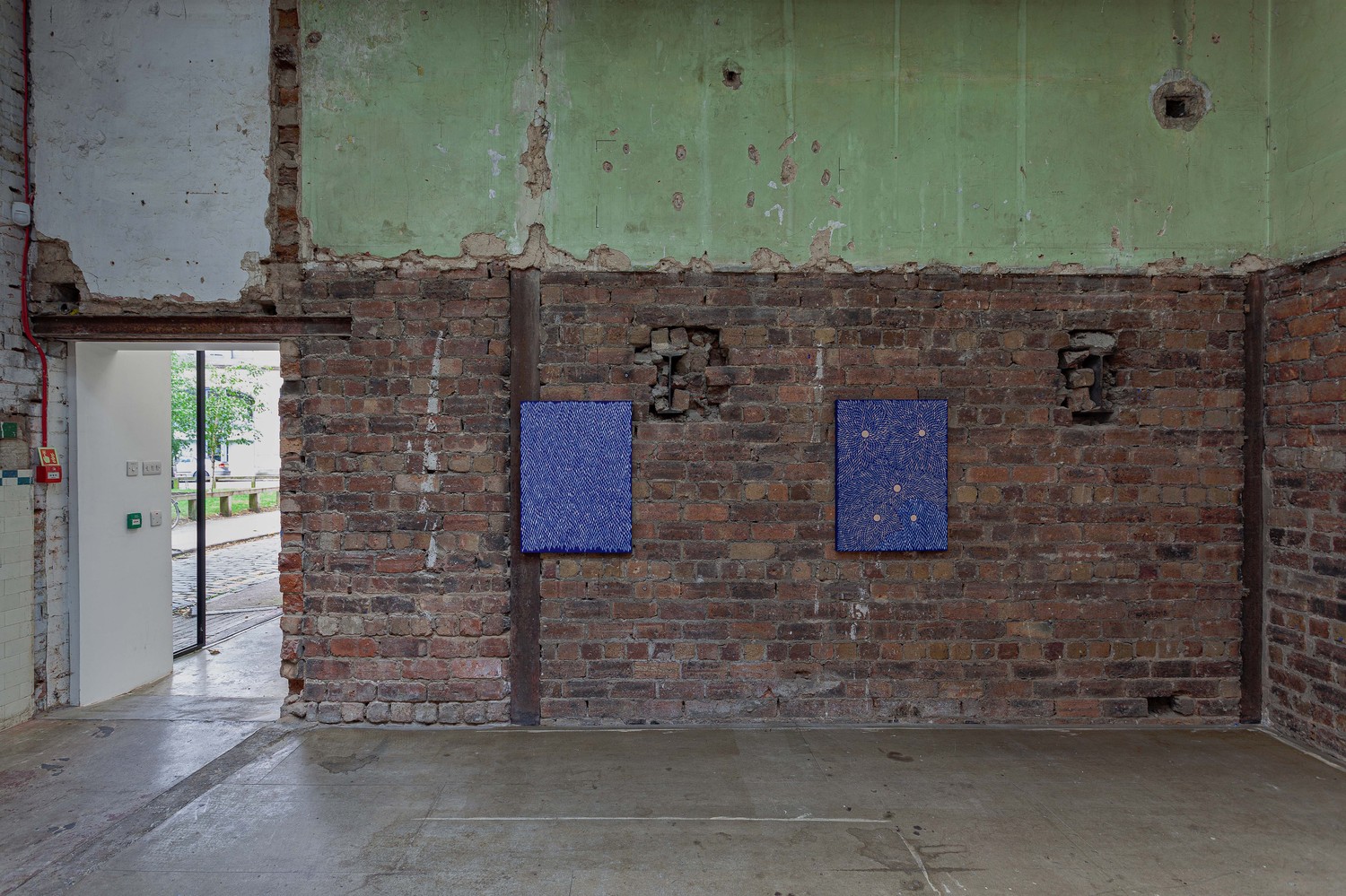 For her first exhibition at The Modern Institute, Brooklyn based artist Julia Chiang presents a grouping of vibrant new abstract paintings balanced across the distinctive architecture of Aird’s Lane Bricks space. Within this exposed setting, the repeating patterns of Chiang’s energised works coalesce, creating an environment that is at once serene and challenging.

Working with acrylic paint on panel, Chiang begins with a flat coloured ground, building shape and form through layers of nuanced gesture that push and pull in all directions. Whilst initially there appears to be a level of automation to Chiang’s cool, crisp surfaces, as one spends time with her work the discipline of their creation dissolves as the corporeal materiality of their construction becomes clear.

As if driven by a fraught search for uniformity, Chiang embraces the unattainability of this act as the painterly elements of chance and accident serve to energise her compositions. It is in these moments when the infallibility of the exterior is broken and the handmade qualities of production emerge, that Chiang’s subtle and dynamic surfaces reveal an emotive, psychological interior.