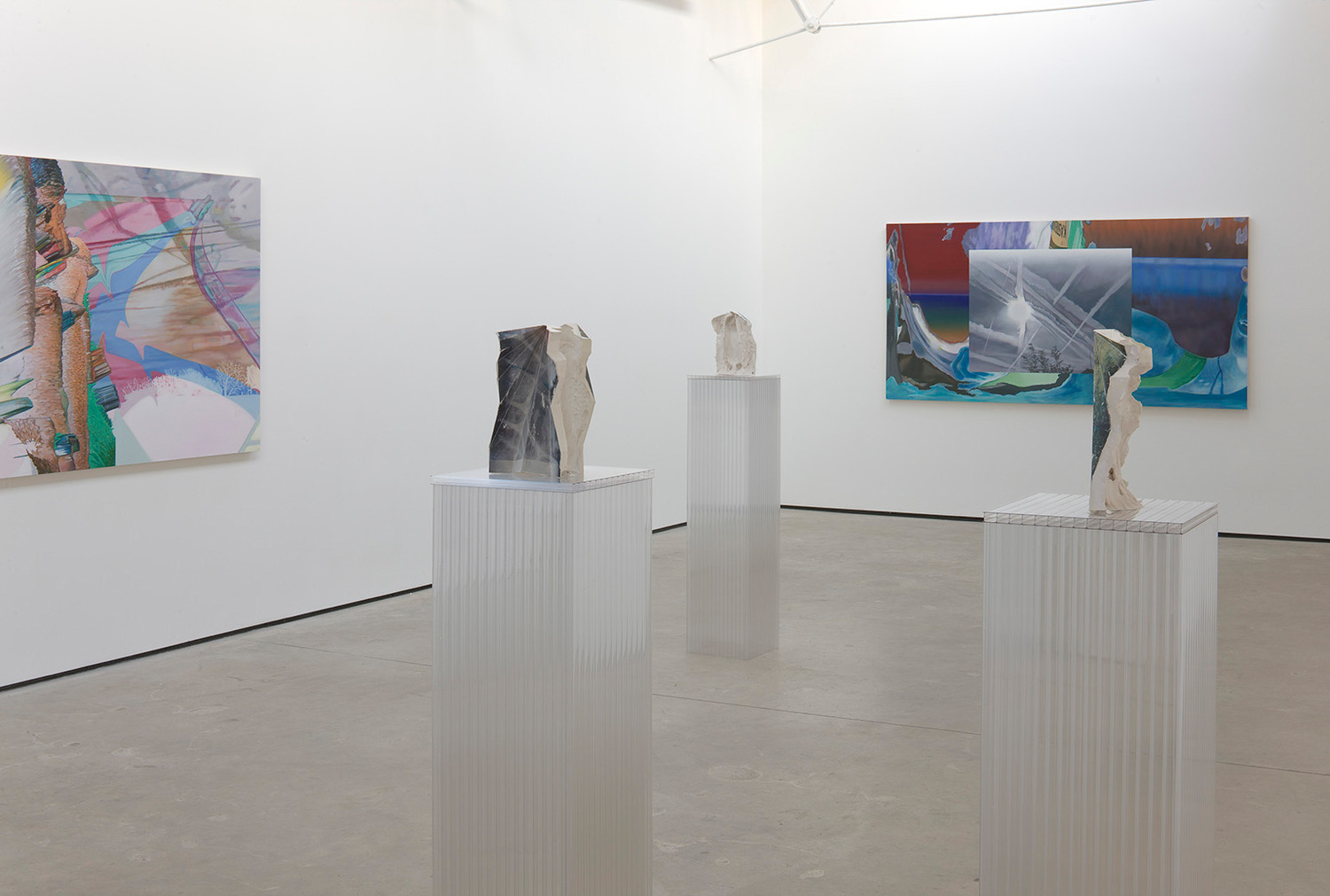 The Modern Institute is pleased to present an exhibition of new work by Alex Dordoy. This, Dordoy’s third exhibition with the gallery includes a series of paintings on canvas and wall mounted plaster objects. The new paintings are based on the image of a figure in the landscape, with the form digitally re-worked and then meticulously reproduced in paint by Dordoy to create what he describes as, highly worked photorealist, psychedelic mindscapes. The plaster objects include objects based on the figure’s head, and also several Folded, Unfolded, Sunk and Scanned works which take their shape from an unfolded paper aeroplane.

Dordoy’s work exists at the threshold of completeness and often retains the potential for change, or even destruction. Using materials including glass and plaster, on occasion the glass is broken or the plaster precariously vulnerable.

Alex Dordoy has recently completed the De Atelier Studio Programme in Amsterdam, with Psychopomp Counsel. Recent exhibitions include the solo exhibition ‘Pirates’ at Grimm, Amsterdam 2010 and Young Scottish Painters/What You See Is Where You’re At, at the Scottish National Gallery of Modern Art. He has also exhibited at Collective Gallery, Edinburgh (2008). He graduated from Glasgow School of Art in 2007 and is based in London.