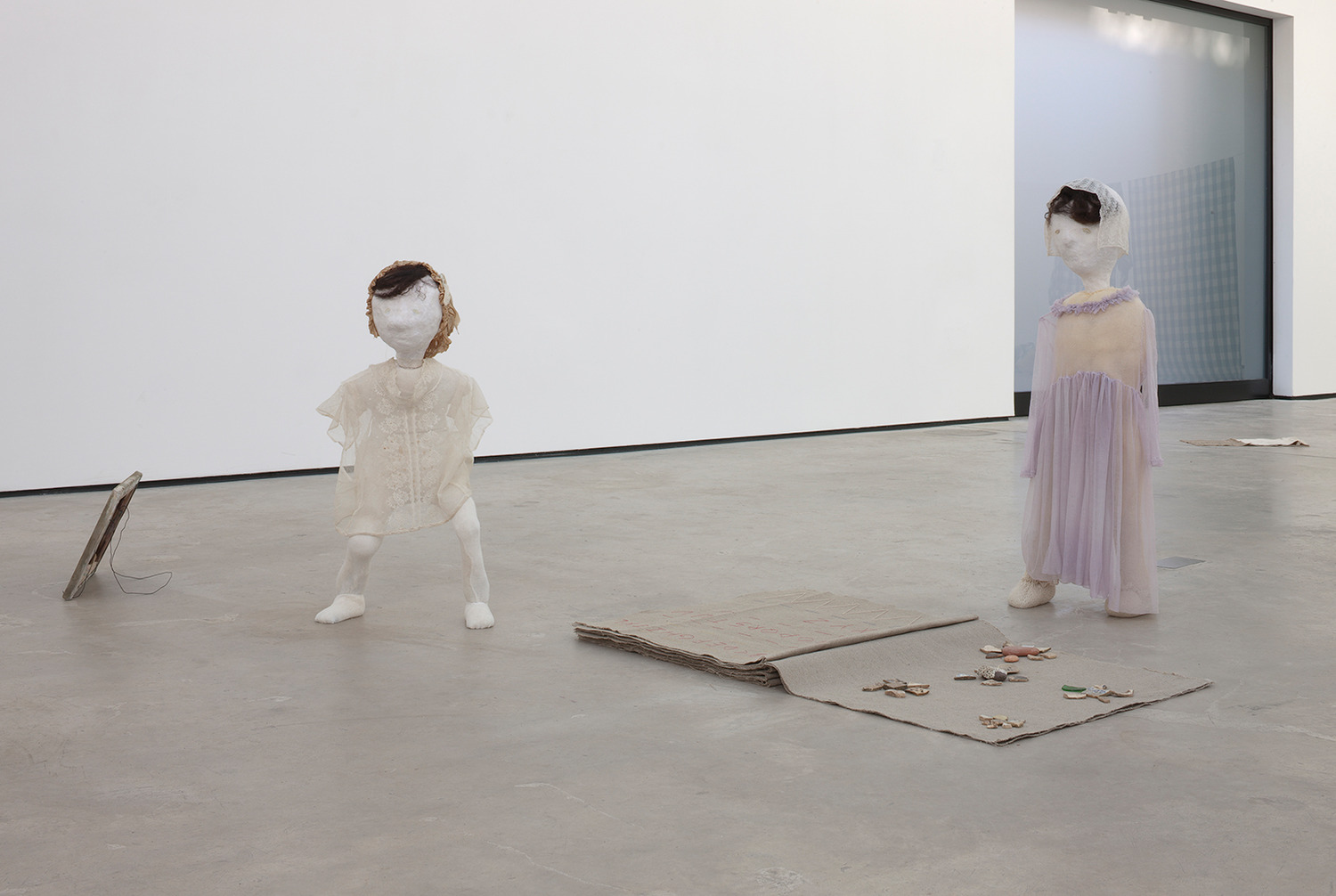 The Modern Institute are delighted to present an exhibition of new work by Cathy Wilkes, the artist’s first solo show in Scotland since 2008.
Wilkes makes material environments involving a dialogue between sculptures, ready-mades, paintings, and other transcendental objects. The meanings of these objects are fluid and explorational. Sometimes working in situ, these materials are selected and accumulated through a sensitive and measured process of making and re-making. Within this intensive period of assembling and re-assembling Wilkes’ meticulously executed installations slowly emerge.
In a silent encounter between associative objects, signs and ideas, each work implying the next, Wilkes draws upon recurring motifs, and the real, brute elements of life. She offers the viewer a glimpse into a kind of cosmic measuring within the broader themes of life and death, object and meaning.
Her installations also draw heavily on the absence of things, the lost associations between objects, and the separation one can feel from ones own self. Demonstrated in a specific time and space, Wilkes’ practice is underpinned by the most intimate of personal experiences together with a poetic visual language.

“The pink boy is blowing the dolly’s nose. I want to show suffering, frailty and compassion. The objects are part of each other’s suffering, they show companionship and love…

I think sentimentality is important to object relations. Object relations are about openness and distance, the unknown distance between me and everything beyond me and inside me. Everything in the way the things are made and focussed on measures this. When I’m working out how to make something, its a kind of cosmic measuring.”