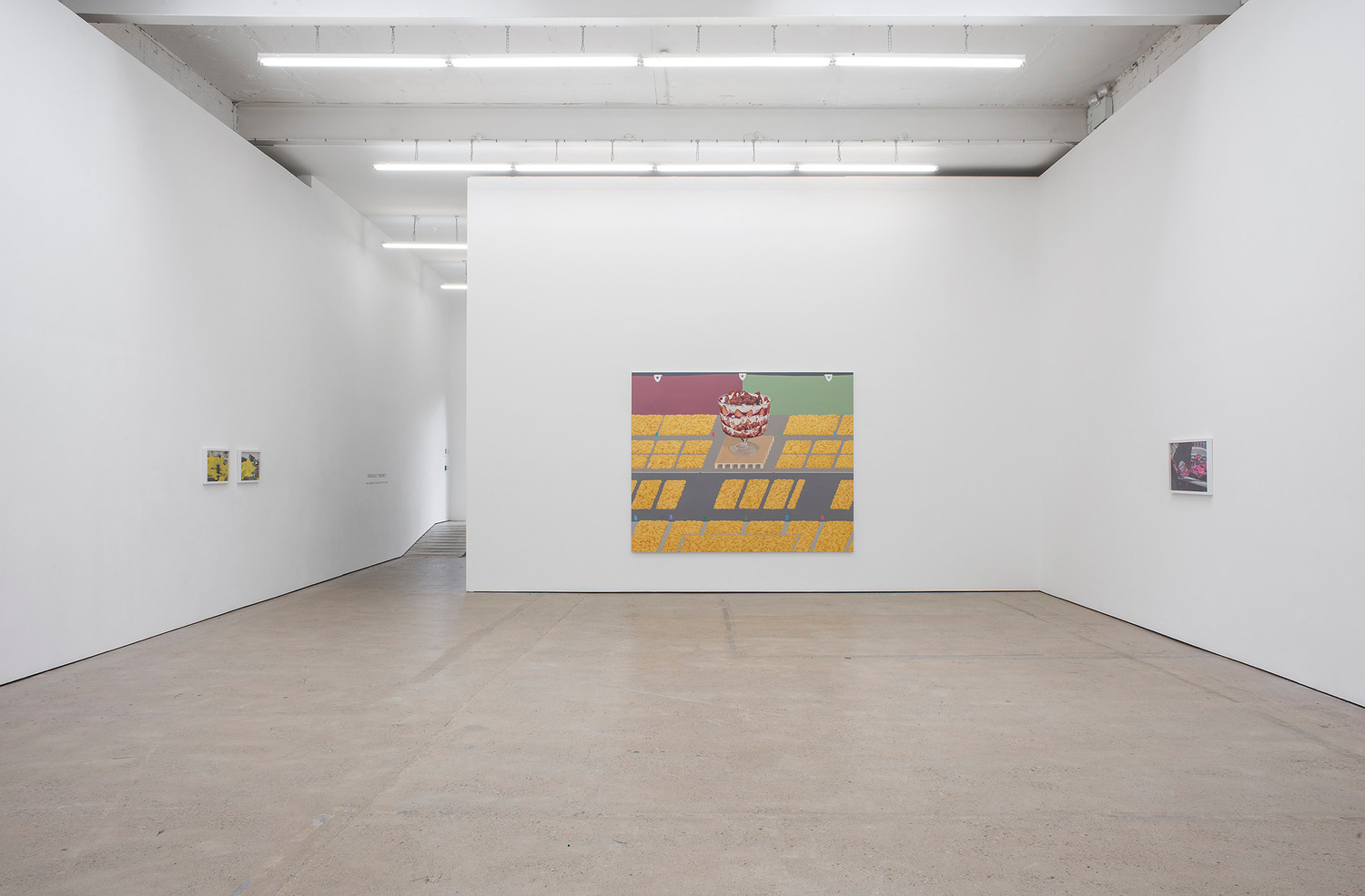 Pádraig Timoney’s practice incorporates a wide variety of media and techniques, encompassing photography, painting, sculpture and installation. Drawing from autobiographical episodes, occasional observations, personal interests and events, Timoney’s works retain the uniqueness of each form of experience. Within his paintings, he deploys an expansive methodology, which includes abstraction, realism, text and graphics, chemical treatments and found objects – to construct unique sets of images. This amounts to an exploration of how paintings and their images are assembled, as objects and representations of phenomena. Timoney’s work is in part founded in the classical role of the artist, recording subjective experience. In other instances he treats the canvas as space for alchemical-like transformations where mental processes, ideas and experiences are materialised. Through various approaches to the reconstruction of images throughout his work – materially, cognitively and perceptually – Timoney plays out his imagination over a variety of surfaces.

Taking its title from the painting The Scrambled Eggs Salute The Trifle, Timoney’s exhibition at Aird’s Lane explores the organisation of space – as a concept that has historically accumulated within the military into an efficient arrangement of space, socially and conceptually – and as a means to arrange pictorial surface. Timoney’s treatment of both subject matter and surface area become the focus of an experimental approach into ways of opening up a variety of illusory expanses – from the DIY excavation of a dark impressionistic space in the painting Still Air in Mantova to the transparent space of the musical Deed Idly Eye, as well as the strange and momentary flash-lit space of an absurd pop-up book reinvention of an imaginary literary moment (Moby-Dick sinks the Pequod, referenced in the painting GlueFlashMoby).