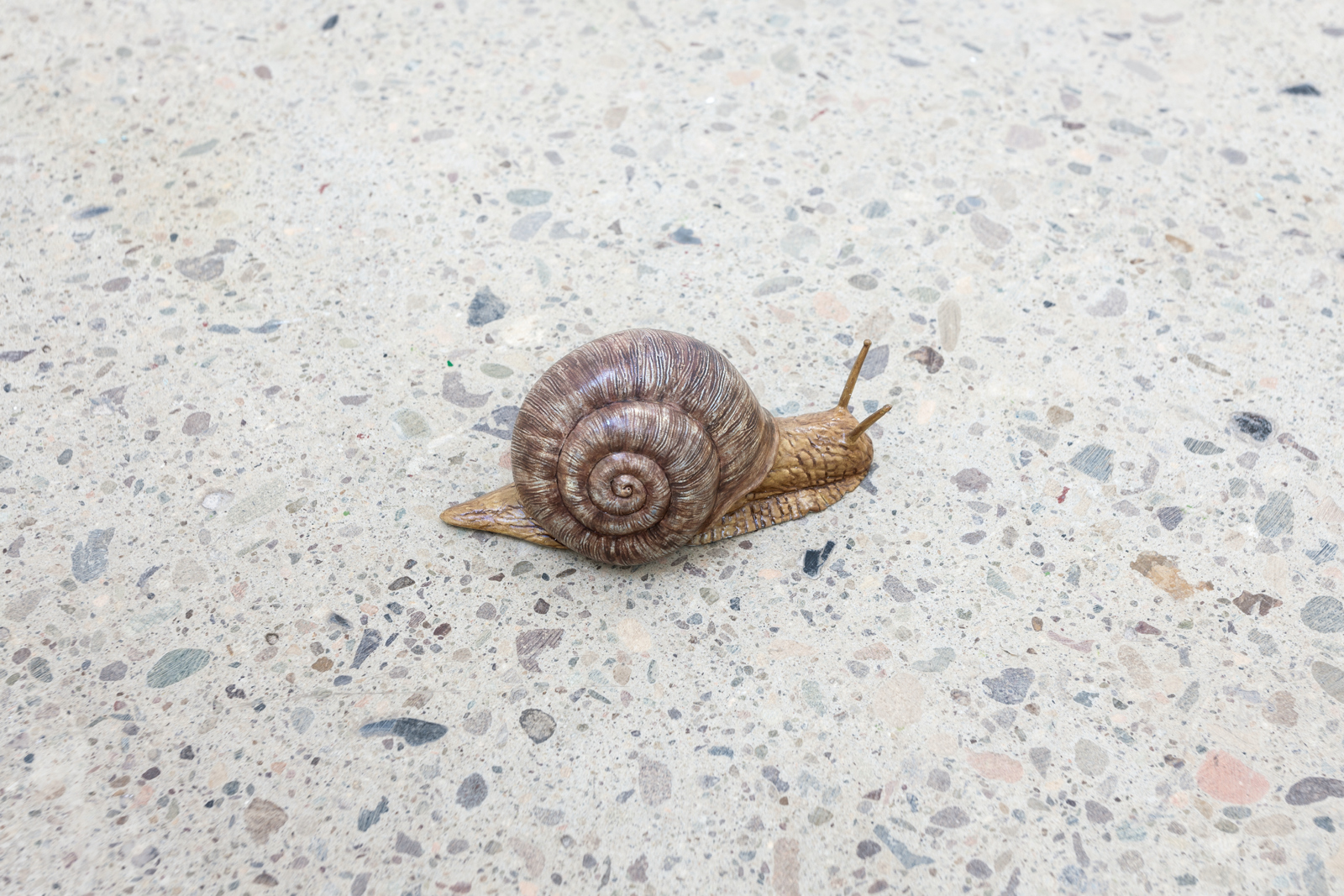 For Glasgow International 2018, Urs Fischer will present a new work comprising of two manmade snails, moving in perpendicular circles across the Aird’s Lane gallery floor. Their slow and steady pace reminds us of a life void of distractions and entertainment.

It is possible to think about Fischer’s production in relation to types of space, both real and imagined, from which the work may have emerged or with which it may be closely associated. Three overlapping spheres can be defined: the studio, the exterior or public space of image and objects, and the realm of fantasy or the fictional. It is these three zones, or the treatment of something from one realm in the manner of another, that creates a liminal quality in Fischer’s work, where things, images, and materials seem not to behave as we might expect them to. – Jessica Morgan, ‘Inside, Outside, and Out There’, in Urs Fischer, Exhibition Catalogue, MOCA Los Angeles, 2013

Fischer’s multi-faceted practice explores and extends the possibilities of sculpture, painting and image production. Drawing on historical and popular culture, he continuously re-adjusts the creation of artworks and the ways in which they are received. His questioning of ‘the real’ resonates with movements such as Pop, Dada and Surrealism, all of which similarly made use of the found image and everyday objects to create new and unanticipated combinations, and offered new ways to relate to the changes in our environment and it’s ferocious collision of visuals. The idea of time, process and transience in Fischer’s installations often create uncanny and illusory environments. In these environments he challenges the mechanisms of our perception, stimulating an awareness of the physical and ideological contexts in our surroundings.