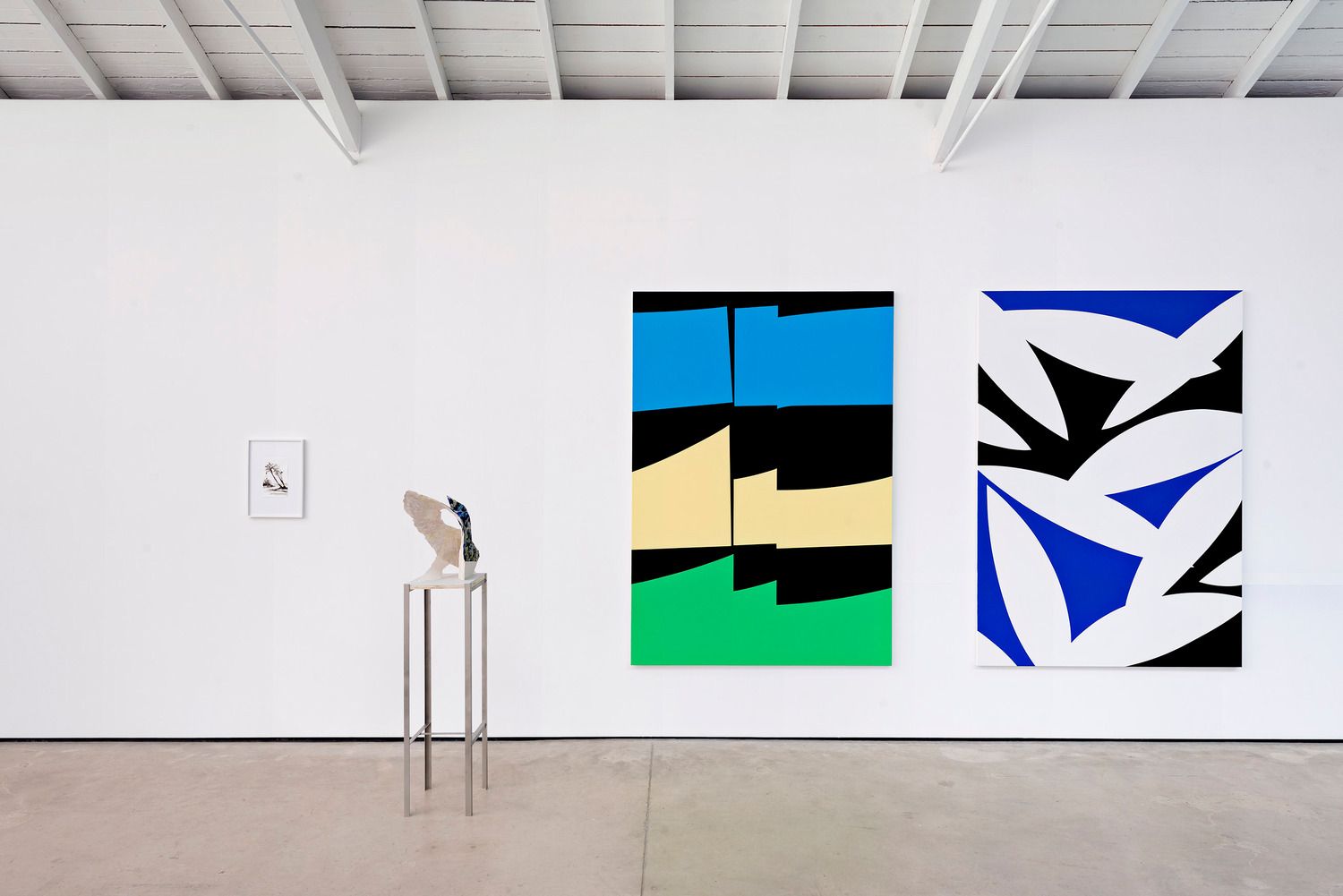 Alex Dordoy’s fourth solo exhibition at The Modern Institute ‘From Svalbard Soil’ takes its title from the Norwegian archipelago of Svalbard, known for its iconic Global Seed Vault. This is the world’s largest collection of agricultural biodiversity and preservation of over 1,700 individual plant seeds. Dordoy’s exhibition reimagines the gallery as a greenhouse – a space in which the works grow organically, possessing a careful balance of restraint and play.

Dordoy’s new body of work is comprised of a recent series of paintings, works on paper, sculptures and a site-specific wall painting. The large-scale canvases pursue the simplification of landscape seen in Dordoy’s earlier paintings, for example the series ‘Model T,’ in which a 1920’s travel poster was represented in six different colourways. Here, representation is further abstracted, as bold shapes and flat bright colours become cyphers for forms found in the natural world.

Placed throughout the gallery, six new sculptures continue Dordoy’s interest in transfer processes. Intimate in scale, the wide range of surfaces evident in these three-dimensional works sit in marked contrast to the graphic simplicity of the paintings, and yet share a common vocabulary of organic outlines.