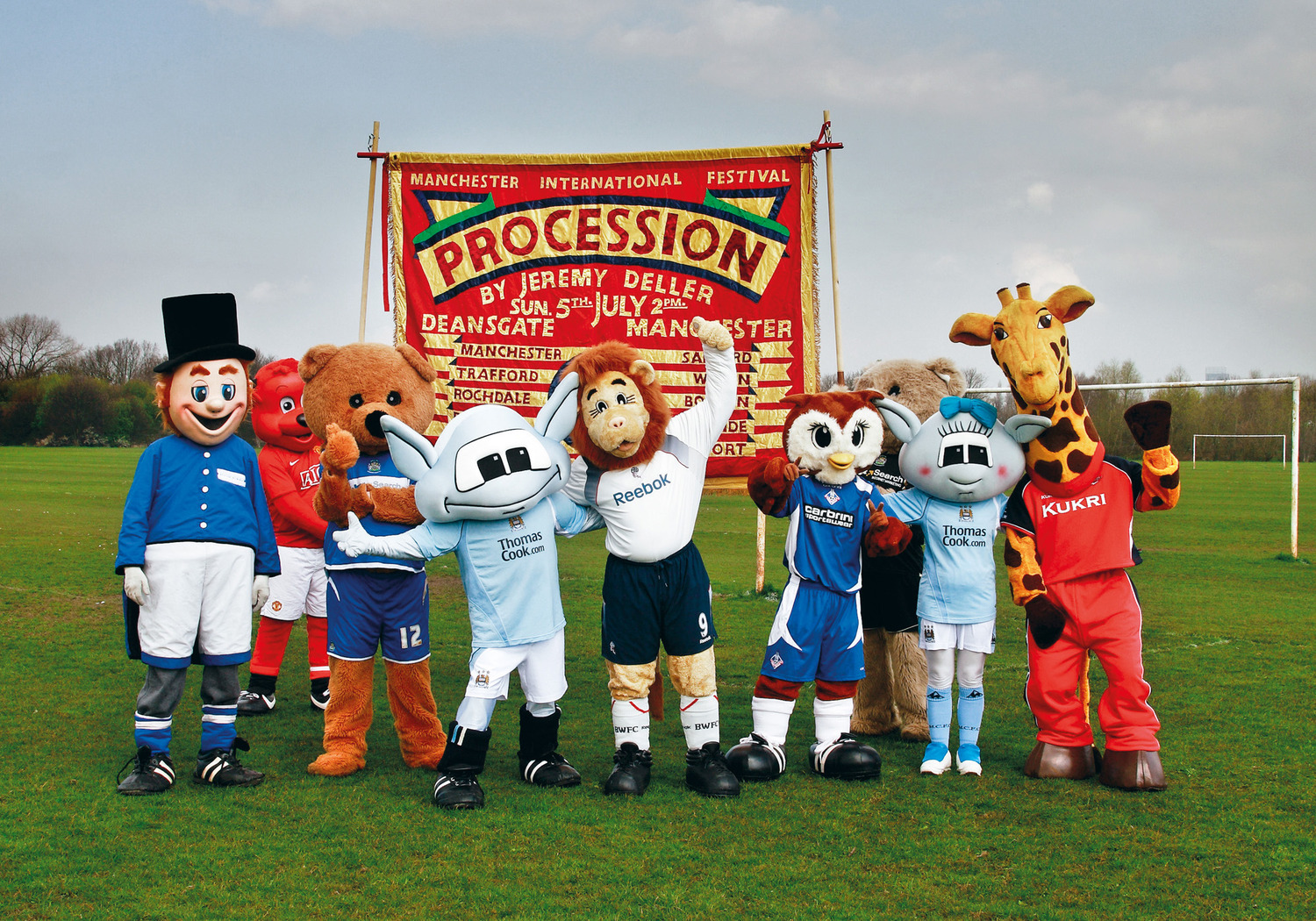 Turner Prize winning artist Jeremy Deller will organise a major public event for Manchester International Festival 2009 – a procession along the Deansgate mile that promises to show Greater Manchester in all its glory. More like a carnival than a Lord Mayor’s Parade, this once-only event will let communities and local people take centre stage. A project between Deller, Manchester International Festival and Cornerhouse, Procession promises to be a unique manifestation of local pride.

Manchester International Festival will continue to embody its objective as an artist- led, commissioning festival, by capturing the spirit of Greater Manchester through the direction of this world-class political and social artist. While some groups of people in the procession will have met through their shared role or interests, others will have been formed especially for the event. An exhibition on the history of parades and processions as well as a film of the event will follow at Cornerhouse, co-commissioner of Procession. A specially commissioned film will also play as part of the show, alongside a programme of other events. There will also be an online element for those who will not be able to make it to Manchester.

Jeremy Deller said, “I love processions – as humans, it!s almost part of our DNA to be instinctively attracted to big public events that bring us together. A good procession is in itself a public artwork: part self-portrait and part alternative reality. I hope this event will be in the tradition of Northern social surrealism”.

Festival Director Alex Poots said “This commission will bring to the Festival a joyful, enquiring and ambitious beginning, and we are delighted to be working with such a politically and socially motivated artist whose work so often reveals hidden truths and new ways of seeing and experiencing history and events”.