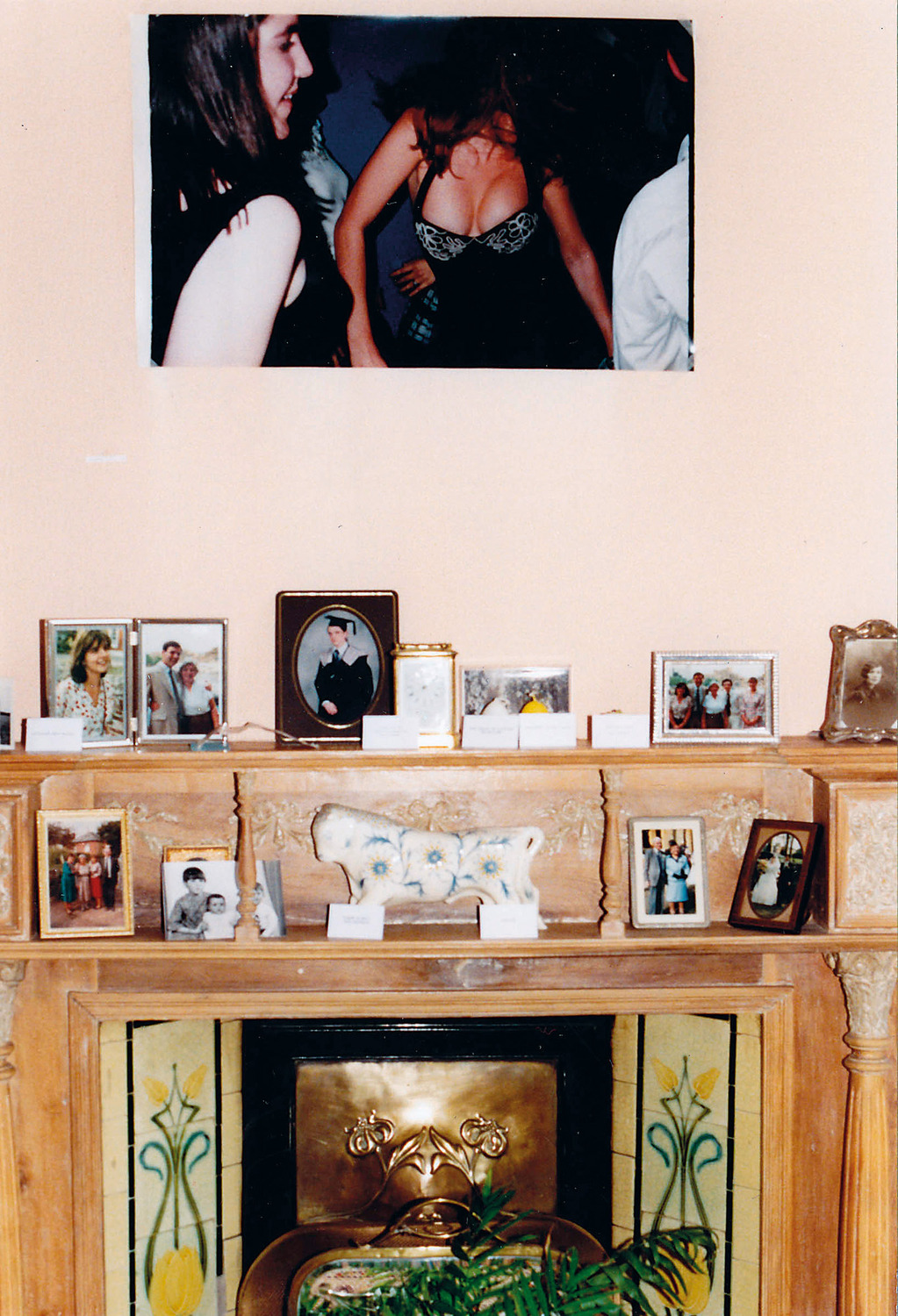 This exhibition took place at a point in my career when I wanted to show work, but I didn’t really know where or how to show it. A lot of artists were having ‘open studio’ exhibitions at the time, but I didn’t have a studio – I was living with my parents and was working from my bedroom at this point – so I decided to stage an ‘open bedroom’ and turn the slightly embarrassing situation of still living with mum and dad in my mid 20s into a ‘feature’. I took over the house when my parents went on holiday, replacing the work they had bought over the years with my work, running the exhibition for two weeks by appointment only. A lot of my work at that time was very small in scale and would have looked ridiculous in an art gallery.

My parents found out about the exhibition about ten years later when they saw it in a book, which was about the right time.

I displayed some paintings I’d made about the life of Keith Moon, the drummer of The Who. As well as the works displayed on the walls, there are objects to look at in drawers and cupboards. Various works – T-shirts, bumper stickers, scraps of newsprint – convey subversive messages that were intended to be seen by a wide public in the street, or in social places. It was interesting to see my ideas enter the public domain – to see my work circulate in a context that wasn’t the art world. The T-shirts emblazoned with tabloid headlines such as ‘MY BOOZE HELL’ and ‘MY DRUG SHAME’ were sold at a Covent Garden shop where I worked part-time. In the toilet, a transcript of the graffiti from the men’s lavatories at the British Library, discloses intellectual one-upmanship, academic sniping and sexual frustrations. In the end, the show took over most of the house.