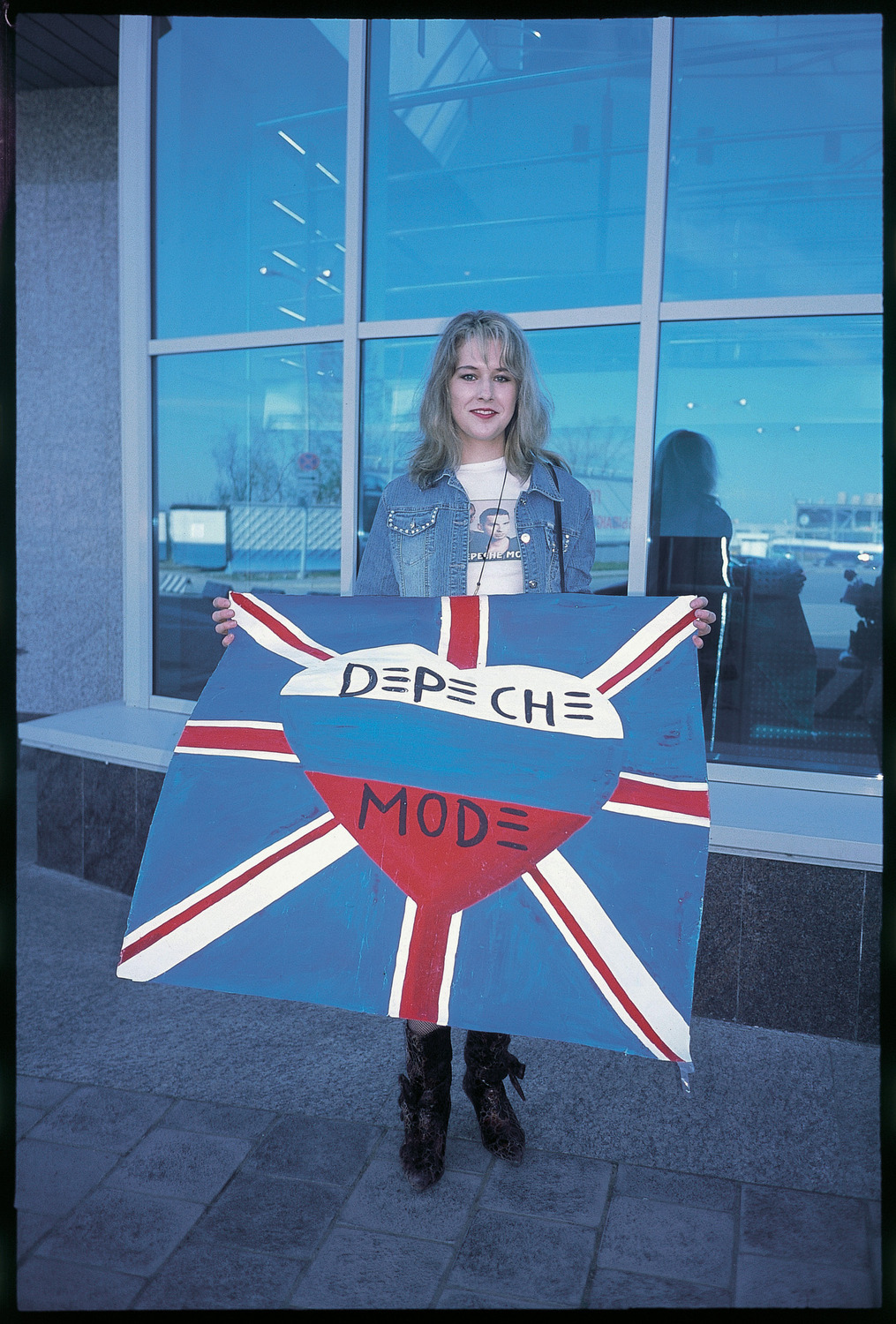 Jeremy Deller’s interest in the social character of pop music, and the enthusiasms, rituals, and passionate partisanship of fans, is far-ranging. Our Hobby is Depeche Mode reflects on how people intimately embrace pop culture and then appropriate and use it in their own lives. As one of their myriad international fans says, ‘It sounds crazy, but it’s our hobby. Depeche Mode isn’t just our passion. Other people go to the gym or do sport. Our hobby is Depeche Mode.’
For this project, Deller and co-director Nick Abrahams travelled to Russia, Mexico, the US, Germany, Romania, Iran, Brazil and Canadato film fans of the Basildon synth band. In Eastern European fans of Depeche Mode had been a symbol of resistance during the time of Communism, and then afterwards became a symbol of freedom. In Tehran, a country that has banned all Western music since the Islamic Revolution, fans take huge risks in listening to Depeche Mode today. For Deller, the project is about community; about ‘how people group together and form their own interpretations of something to fit their own circumstances. It is a kind of folk history.’